Five ways to make your ‘ums’ and ‘aahs’ work for you 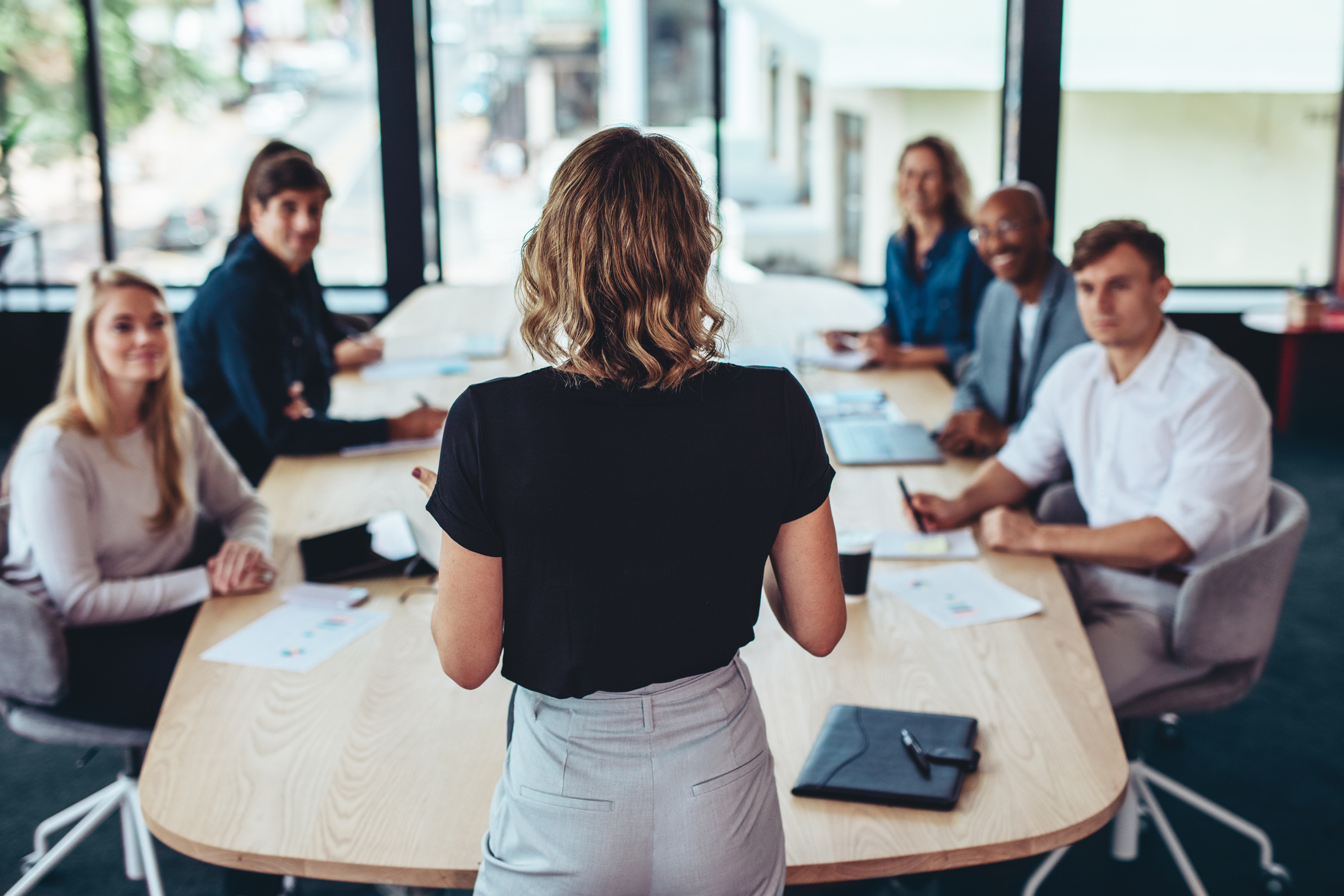 Um. We’d like to, aah, talk to you about…erm….filler words. All of us use some filler words in our speech — discourse markers known as ‘verbalised pauses’.

We use them out of habit, nerves or to try and give ourselves time to think, but these tiny habitual words can have great power when it comes to perception, especially for women. What women say and how we say it really matters, especially when we are fighting to be heard in a meeting or trying to command attention in a leadership role. And excessive use of filler words can have negative impacts on how our value and competence is understood by others.

Too many ‘ums’ and ‘aahs’ create what linguistics experts call disfluencies — aspects of speech that make it harder to understand. They can also ultimately end up being verbal crutches, reducing confidence and negatively influencing audiences in critical ways. These can include stopping them from engaging with what you are saying because of the cognitive effort needed to filter the important parts of your speech, and distracting them from your authenticity or message by making you sound nervous, distracted or disengaged.

But should we really be seeking to erase them totally? A New York Times article poses the question, ‘Why don’t we just get rid of them?’ — the author Christopher Mele states that ‘verbal fillers that can make you sound, you know, nervous or not so smart’. And indeed, back in 1973, Robin Lakoff’s influential work Language and the Woman’s Place held that the verbal habits of filler words were indicative of one thing alone: women’s lack of confidence.

Subsequent research into the power and status represented in women’s speech patterns has revealed a far more nuanced use — and understanding — of these kinds of pauses. Linguistic studies show that they actually add rich context to speech by allowing us to soften disagreement or criticism, emphasising what we’re going to say next, providing cues for listeners to take their turn in conversation and helping us to show how certain we are about something.

UCLA linguistics Professor Eckert has discussed in her work how women typically have a different linguistic role in society than men, noting that when men speak, they try to keep up a persona that exudes confidence. In comparison, women usually assume a more mediating role in conversation and therefore might be expected to use more filler words — even though this research would indicate otherwise.

The key problem, then, with telling people not to use filler words is that this is largely aimed at how we perceive them when they are used by women. And it is this unconscious bias — that hesitation in women equals a lack of confidence, knowledge or indirect communication — that can be hard to challenge.

Status through seniority is another intersectional determinant in how the use of filler words is perceived by others. As Mele notes, ‘Speakers who are well known in their professions but overuse verbal pauses are still perceived as credible because they have built a reputation.’

Lisa B. Marshall, communications expert and author of Smart Talk: The Public Speaker’s Guide to Success in Every Situation, notes that audience members often put these patterns down to it just being ‘the way they talk’, but that newcomers who use the same amount of fillers will be seen as less credible without the experience to offset the bias.

So, given that removing verbalised pauses is not likely or even desirable in speech, how can we as women use them to our advantage and bypass the unconscious bias? We look at five ways to make filler words work for you…

Studies suggest that we verbalise hesitations because as women we’ve been conditioned to fill the void even when we don’t have something to say.[1] If the thought of leaving a space in conversation leaves you feeling anxious then start small – let yourself be quiet for one ‘beat’, roughly a second, before answering a question or starting a new sentence. The more you can do this, the more comfortable you will feel leaving short silences in conversation generally, eliminating habitual overuse of fillers and giving your speech poise and an air of confidence, making people wait for your words.

Using filler words in speech is also known as the ‘hesitation phenomenon’, which happens when you use filled pauses to allow your speech to catch up with your thoughts. Research suggests that the average person thinks at 400 words per minute, but can only speak at 125. When you speak slowly, you give your speech a chance to catch up with your thoughts, allowing you to articulate, pronounce and emphasise words more easily and naturally, reducing the instinctive need to use fillers.

Get someone to interview or record you in conversations and speaking roles then play it back five minutes a day for two weeks. By doing this, you should become aware of your speech patterns just by listening, but you can also consciously note how many filler words you use. The optimum frequency is about one per minute, but the average speaker uses five per minute — or one every 12 seconds. The more aware you can be of your use, the more control you can introduce in reducing them through mindful pausing, slower verbal delivery or structuring your speeches in chunks ahead of time to allow you brain to process information more easily.

Use them in the right place

The impact of the speech filler will depend on when it occurs, says Marshall. ‘If it happens before a thought is expressed, the speaker is more likely to be perceived as lacking confidence or competence, or as being unprepared. If it happens in the middle of a thought, the speaker is judged less harshly.’ So try to avoid initial verbalised pauses and use them only to punctuate a thought that is already in action.

Use them to emphasise

Strategically-used filler words can actually help emphasise parts of your speech. ‘Look’ is an obvious one, directing someone’s focus onto what you are about to say. However, even an ‘um’ and an ‘aah’ are shown to raise people’s attention on the next thing you say — providing these fillers are used sparingly.

SIGN UP
PrevPrevious‘I was the only female in the room but paradoxically it gave me confidence to speak out’ — an investment specialist reflects on her career in a male-dominated sector
NextThinking differently: is neurodiversity really a competitive advantage?Next
We use cookies on our website to give you the most relevant experience by remembering your preferences and repeat visits. By clicking “Accept All”, you consent to the use of ALL the cookies. However, you may visit "Cookie Settings" to provide a controlled consent.
Cookie SettingsAccept All
Manage consent