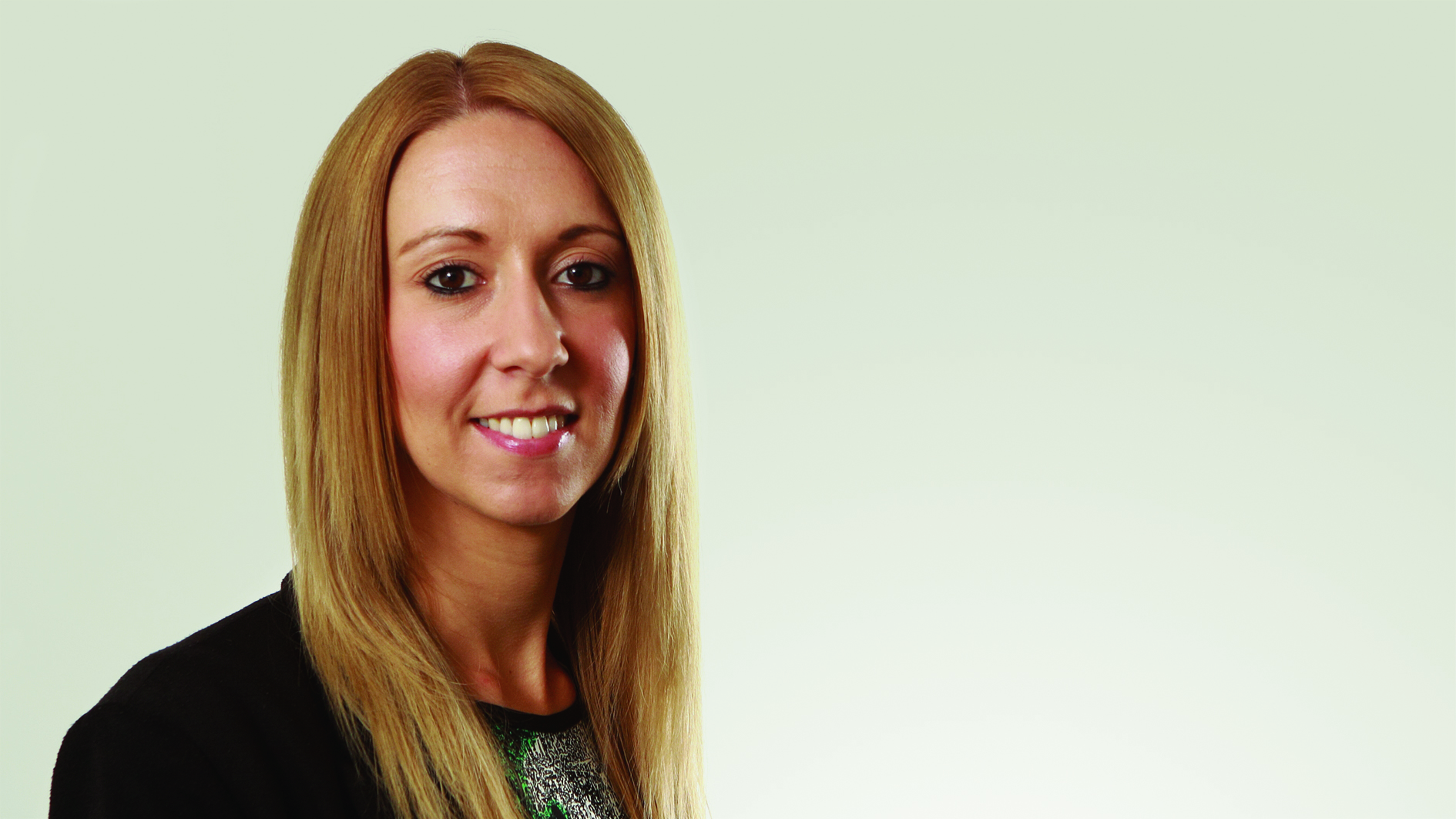 As Head of the Discretionary Management Service at Saunderson House, Emma Bennie’s clients range from City law and accountancy firms to entrepreneurs wanting to grow their wealth. We talked to her about what investment brings to financial health, how the wealth management industry is changing to attract more female talent, and why change is something to embrace in your career.

Was finance a natural career path for you?

Both my parents worked in banking, and my brother and I were brought up to have a keen understanding of money. Finance was always in the game plan and at university I read maths and management. I didn’t have investment in my sights initially — I toyed with the idea of becoming a maths teacher for a while, but then we had some career talks on working for the big banks and wealth managers and that opened up new avenues for me. I wasn’t one of those people that sat at home and watched the stock market avidly, although I know plenty of 20-year-olds do that today. I just knew I wanted to be able to use the analytical skills that I developed through my studies. Coming out of university I had two offers; one from Saunderson House and one from Lehman Brothers. As a massive US bank, I thought Lehman Brothers would be a good opportunity, but (thankfully!) I didn’t get the right vibe around the business. Saunderson House in contrast felt like an exciting place to be and there were probably only about 50 people when I started, so it was somewhere I could grow as opposed to being a small fish in a big pond.

What are the biggest challenges and opportunities you’ve encountered in your career?

I started in the City of London as a Trainee Financial Planner when the global economy was just about to enter the 2008 financial crisis. But on the back of those interesting times, we then had one of the longest bull markets in history, so it’s been a good time to be in investment markets. I became part of the Investment Research team in 2009 and one of the things I’m most proud of is that I ran the emerging markets and Asia portfolios and delivered consistent outperformance versus the benchmark, so our clients were getting good returns from their emerging markets and Asia portfolios. During my time at Saunderson House, I’ve also been heavily involved in some of its key projects including implementing a new portfolio management system across the whole business and launching the discretionary investment management service. Historically, Saunderson House was an advisory business, but clients’ feedback was always that they would love to take out the ‘middle step’. It’s something the business had thought about for years, so in the end a couple of us took the ‘bull by the horns’ and did all the project work and back effort to get it up and running. That’s been one of my biggest career highlights.

What does the finance industry need to do to attract and retain more female talent?

Having two kids has been a huge milestone in my career. Ava, my oldest, was nine months when we went into the first lockdown and my second, Thea, was born at the start of the second lockdown. I used to do the odd day at home before, but going back after maternity leave to hybrid working, which Saunderson House has fully embraced, has allowed me so much more flexibility. It means not having to compromise in the ways I might have had to do before as a mum while still trying to achieve my career goals. Some evenings now I’ll be working at 10pm, but that’s because I clocked off at 4pm to get the girls from nursery and do bed and bath — so that doesn’t bother me because it’s just about restructuring my day. With people having to work from home during the pandemic, that trust got embedded with managers and leadership teams. You still need to be there to respond to clients, but if you need to do something in the middle of the day, you have the flexibility now to do that, which is a huge step for parents. Companies that want to attract and retain female talent will need to focus on providing more flexible working conditions if they want to close their gender gaps. And it’s not just something for women, but for men too — we have lots of working dads who also want that flexibility to pick up the kids from school.

What has working in finance taught you as a woman?

When I first started as an Investment Analyst, I was often the only female in the room at fund manager meetings or lunches, and many times I had the feeling of, ‘Should I be here?’ But in some ways, it was quite powerful because I was noticed much more than the 13 white men who were also in the room and paradoxically it gave me the confidence in my ability to speak out rather than be intimidated. I had to decide to have belief in myself. And that’s something I really try to instil in the people that I manage. You must understand that you’re good at what you do and that is why you’re there. You must back yourself.

How can people stop fearing change and embrace it as an opportunity?

I’m a big advocate for change, whether that’s in your personal life or work. If you’re changing, you’re developing, growing and opening the door to new avenues. I don’t want to sit still and it’s the challenge that makes change positive for me. Some people don’t like being pushed out of their comfort zone, but it’s a great way to see what you can do and what the business can do. Being able to embrace that is key and also not being afraid of having a few hiccups on the way because often when we change, things sometimes don’t run smoothly for a while. You need to view change as an opportunity to learn and move forward. People also worry about whether change will upset the equilibrium they have, but often it will create more opportunities. The biggest challenge around change is that often it can mean you end up having to work more during a period of transition without always being able to see the light at the end of the tunnel. But once you get there, you’re usually glad you’ve done it.

What are the biggest themes in investment now and do we need to encourage more women to enter the space?

As a woman, one of the most empowering things you can do is get a hold of your finances. The research we’ve done shows that women often look for an adviser only when there’s a life event. So, if we can do more around early education for women in schools and university to ensure they know that there are people out there that can help, we can empower them in all aspects of finance, including investment. The biggest theme at the moment is responsible investment, which is a catch-all term for anything ethical, green or with sustainable impact. Wellbeing research we’ve undertaken shows that women increasingly say that they want to be more open to it and want to use their wealth to help others. That’s where an adviser can really help, because responsible investing can mean so many different things to people. What we as portfolio managers or advisers have to be clear on is our definition of responsible investing — how we use that term and how it fits with what our clients are looking for. Someone might say that they don’t want any exposure to alcoholic drinks, for example, but there are companies out there leading the way in responsible drinking. So, when someone says, ‘I don’t want this’, you do need to dig a little deeper into what they actually mean.

What would your advice be to somebody wanting to build an investment career?

When you start as a graduate you can’t wait to get going — but it’s a marathon, not a sprint. You’re always expecting lots to happen straightaway, and actually there’s a lot to learn and take on so having patience is important. There’ll be periods where it feels like things are going so slowly, but just keep challenging yourself and looking for opportunities. Being proactive is important — as is trying to understand the culture you’re in. Try and find a business that fits with you and that you think you can grow and develop within. And that metric is not just about the initial pay — it can be about all the other benefits, whether that’s private medical insurance, childcare schemes, maternity leave, paternity leave — the overall package is important, but when you’re first starting out, that’s probably not as high on your priority list as it should be.

SIGN UP
PrevPreviousFive ways public speaking can elevate your brand profile — and how to start doing it
NextFive ways to make your ‘ums’ and ‘aahs’ work for youNext
We use cookies on our website to give you the most relevant experience by remembering your preferences and repeat visits. By clicking “Accept All”, you consent to the use of ALL the cookies. However, you may visit "Cookie Settings" to provide a controlled consent.
Cookie SettingsAccept All
Manage consent