‘What you cannot see, you cannot be’: the importance of female leaders 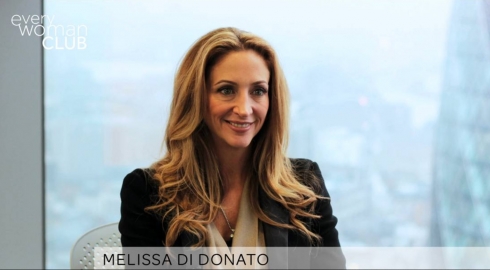 As the technology industry fails to entice or retain women, one thing becomes clear – the importance of role models. In order for women to see technology as a place where they belong, they need exposure to the leading ladies; women such as Anne-Marie Imafidon, Sue Black, and Martha Lane Fox CBE, respectively known in the industry as a ‘child prodigy, ‘social entrepreneur ’ and ‘web guru’.

Melissa Di Donato, Area Vice President of EMEA and APAC (Salesforce) believes role models are crucial to recruiting and retaining a female workforce. For the women already forging their careers in the industry she asks: ‘Be mentors and be present, because “you cannot be what you cannot see”.’

A mentor and mentee herself, Melissa has a powerful vision of its impact: ‘The more visible mentors and leaders [in technology] that are women, the better place that our daughters will be in 15 years.’ We spoke to Melissa about leadership, mentoring and technology.

Finding a mentor doesn’t need to be a formal arrangement, Melissa’s advice is to ‘utilise your connections, go into the office or go into a network of friends in a social environment.’

Networking is another way to expand our connections and lend a helping hand to causes that impact women in the workplace and beyond. Melissa says: ‘Networking outside of the single-minded job that you do every day is really important to the growth of someone’s career.’

Melissa also speaks about her career to date, disclosing the greatest downfall of some of the most competent leaders – poor communication. How does she engage with stakeholders to avoid this?

On the topic of leadership, she adds: ‘Being able to embrace change and embody change gracefully is really, really important.’

A global leader, Melissa manages teams in 150 countries and is dedicated to respecting the cultural differences in every continent: ‘I do change the style in which I operate and the business acumen I embody in every single situation.’

Melissa admits her biggest challenge as a leader, ‘is that I get emotionally involved a lot in the decisions that I make’ but confesses it’s a part of her which is fundamental to her style of management.

When stress rears its head, her coping strategy is to let go. ‘We cannot be everything to everybody,’ she says.

Do you know a role model like Melissa Di Donato? Nominations have opened for the 2016 FDM everywoman in Technology Awards, a celebration of women in technology. You can put yourself or someone you know for the Award by Monday 26 October 2015.

SIGN UP
PrevPreviousWhere are you on the risk-aversion scale?
NextThe da Vinci career code: exercises for creative geniusesNext
We use cookies on our website to give you the most relevant experience by remembering your preferences and repeat visits. By clicking “Accept All”, you consent to the use of ALL the cookies. However, you may visit "Cookie Settings" to provide a controlled consent.
Cookie SettingsAccept All
Manage consent