Do you avoid conflict and confrontation? Here’s why you shouldn’t 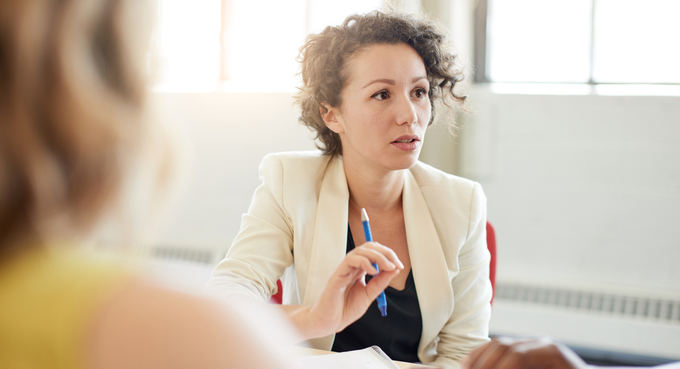 How often have you agreed to disagree? Steering clear of disagreement might seem like the friendliest, most civilised thing to do, but in trying to maintain equilibrium at all costs, you may be missing out on some of the valuable benefits that healthy conflict can bring to your interactions.

As such, conflict situations in the workplace can include anything from expressing a different opinion on a course of action, to challenging a person on their unreasonable behaviour (such as persistent interruptions) — or even the natural creative friction often caused by the clash of multiple viewpoints engendered by diverse teams.

Whatever the type, ‘negative conflict’ is characterised by struggling against other people, and is something that drains energy, causes lingering bad feeling and can lead to frustration and anger. In contrast, conflict can be healthy when its aim is to improve outcomes for the team and the interaction is respectful – key to this is that interactions do not become personal and that discussions are out in the open so that everyone involved can safely participate.

You don’t have to agree with people or accept their actions to interact successfully with them in a work situation — but you do need to have a willingness to speak up and in return be open to hearing what they have to say, without becoming defensive, in order to gain some consensus on where you both want to get to.

In this way, conflict is notably not an argument. And from that standpoint, successfully managed and executed conflict scenarios can be a beginning not an end, leading to better relationships, work outcomes and higher self-esteem.

For most people, conflict in any scenario is uncomfortable. It is far easier to agree with someone or not to confront them in the short-term — especially when there is often an unspoken feeling that by not agreeing with people or by stating your feelings you are being rude or angry.

For women in particular, the reluctance to lean into conflict is often greater than in men — studies show that men experience significantly less anxiety and discomfort around a conflict scenario[1] and have a far higher tolerance for disagreement.

Research on gender and conflict management styles suggests that this may be due to factors such as gender norms and an increased likelihood of feeling vulnerable during workplace conflicts due to past incidences of discrimination, lack of diversity or the expectation of facing masculine conflict resolution strategies that involve aggression and anger. In addition, the fear of ‘seeming aggressive’ can lead women to employ indirect speech and a general avoidance of confronting people or situations head-on in a robust way.

While being ‘conflict avoidant’ may be a coping strategy for many women, studies show that continually trying to avoid conflict causes increased emotional exhaustion.[2]

And if you’re constantly focusing on trying to avoid conflict, when you do enter a conflict situation it will be from a position of feeling threatened. On the back foot, you will then find it hard deal with it in a healthy way and resort to shutting down or getting angry.

Disagreements and conflict are an inevitable and normal part of relating to other people, it is unrealistic to expect a conflict-free life — and in the end getting comfortable with feeling uncomfortable may be the most effective way to empower yourself.

For Nate Regier, author of Conflict Without Casualties, conflict is simply the energy created by the gap between what we want and what we’re experiencing. ‘If we define conflict as energy that’s created by the gap, then the real question is ‘How are we going to use that energy?’’ he asks.

Operating on the ‘edge of uncomfortable’ means being prepared to stand your ground when needed, to explain why you feel the way you do about an issue, to disagree constructively and to speak up when you’d perhaps rather be quiet.

By choosing to use the energy of conflict in a healthy way we can do ourselves many favours in the workplace — and beyond.  And it is not just our individual performance and ambition that benefits — great teamwork also rises and falls on a leader and group’s ability to moderate and harness the power of disagreement to build and innovate, especially in diverse teams with multiple viewpoints and perspectives.

If you want to have diversity and inclusion in your organisation, you have to be prepared to disagree, note Anesa Parker, Carmen Medina and Elizabeth Schill in Diversity’s New Frontier: Diversity of Thought as they discuss the need for managers and employees to ‘abandon the idea that consensus is an end in and of itself’.

And in the end, as uncomfortable as it may feel when someone challenges you or your ideas, healthy conflict can be a rich opportunity to learn — both personally and professionally.

As Patty McCord, former head of talent at Netflix notes in her book Powerful, healthy conflict was critical to the streaming company’s success. ‘Our Netflix executive team was fierce. We were combative in that beautiful, intellectual way where you argue to tease out someone’s viewpoint because although you don’t agree, you think the other person is really smart, so you want to understand why they think what they think.’

How can you make your conflict healthier?

Let go of needing to be liked

We all want to be liked, but letting go of the idea that that is the most important thing is crucial. Joel Garfinkle, author of Difficult Conversations recommends that instead of trying to increase your likability, focus on respect — both giving it and earning it — in your interactions. Not only will this make for stronger outcomes, but by modelling respect as more important than likeability, leaders in turn can also empower their teams to feel psychologically safer to raise ideas and disagree if they feel it’s warranted.

Keep your emotions in check

Emotional intelligence is vital to negotiating conflict in a healthy way and that means being able to identify any triggers that may cause you to become emotional or personal and derail a healthy discussion. If you feel yourself bristling at being challenged or confronted then gear shift to empathetic listening, asking questions to help you to understand what the person is really saying/feeling in the context of the solution you’re presenting and why. Then give yourself a beat to respond rather than react, having fully understood their point.

Don’t stay in the smaller details — the power of healthy conflict lies in knowing that there is a bigger picture than both (or all) of your perspectives and points. Your aim is to grow through conflict, whether that’s in understanding, expanding on a project or finding the best solution to an issue. Harvard Business Review writer Amy Jen Su recommends thinking about why your difference of opinion is an important debate to have in the context of the business or project and its needs. By framing it this way you give respect to your interaction, make it impersonal and recognise the necessity and wider value of this conflict situation.

Feeling comfortable with conflict and learning to see it as a positive opportunity rather than a fearful space takes practice and repetition. Start small, perhaps raising points or speaking up retrospectively (within a 48-hour timeframe) until you’re more comfortable doing it in the moment. This can be something as simple as voicing your opinion, even if it doesn’t mesh with the prevailing wisdom, asking for clarification if you feel someone is being obtuse or offensive or requesting something you need that might not be ‘popular’, all of which can involve an air of conflict that can make you feel uncomfortable — and signal a point of growth for you.

SIGN UP
PrevPreviousLearning agility: Do you know what to do when you don’t know what to do?
NextQuiz: Which of the six traits of inclusive leadership is your strongest?Next
We use cookies on our website to give you the most relevant experience by remembering your preferences and repeat visits. By clicking “Accept All”, you consent to the use of ALL the cookies. However, you may visit "Cookie Settings" to provide a controlled consent.
Cookie SettingsAccept All
Manage consent