The winners of the 2019 FDM everywoman in Technology Awards announced 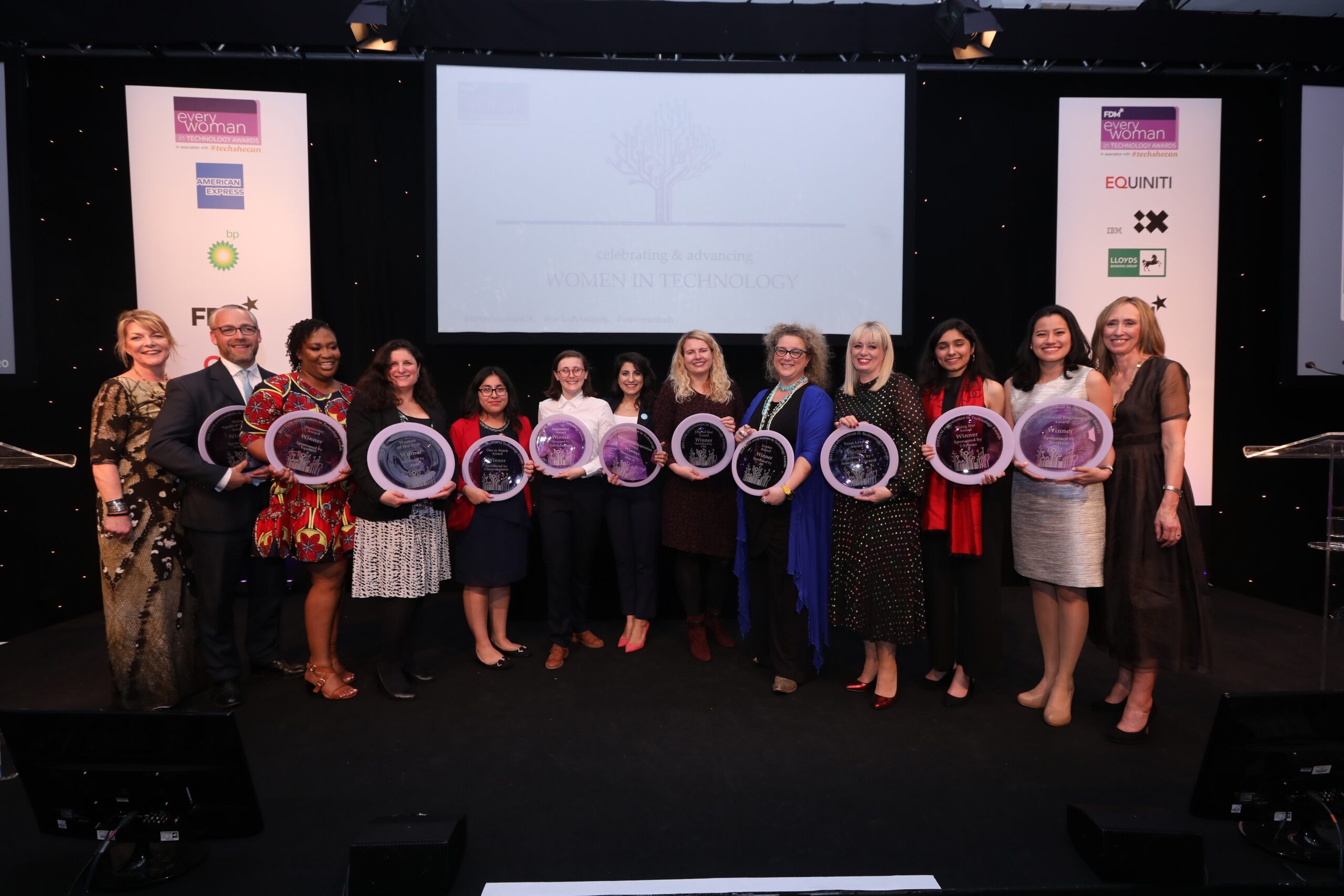 The winners of the 2019 FDM everywoman in Technology Awards, in association with The Tech She Can Charter, have just been announced.

Taking place the week of International Women’s Day, the awards celebrated 50 of the most talented individuals shaking up the tech industry, both in the UK and beyond and showcased the huge contribution women are making to developing and implementing exciting new products and solutions. These included the founder of a business helping engineers perform complex inspections using drones; a young CEO who created an app at the age of 16 to teach thousands of children how to code; and a leader whose innovation helped drive over £500million in global revenue.

Research by PwC has found that only 5% of leadership roles in the technology sector are held by women and just 3% of British female school students would consider a career in tech.* A shortage of female role models was cited as one of the main reasons young women don’t feel encouraged to nurture their interest in technology, which is why platforms such as the FDM everywoman in Technology Awards that share the success stories of individuals at all stages of their career are so vital. 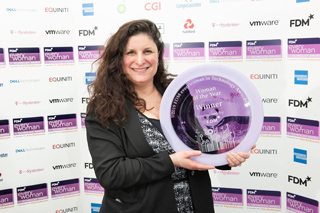 Aside from category winners announced on the night, the overall Woman of the Year was Felicia Meyerowitz Singh, CEO and Founder of Akoni, from London. On setting up her own finance business in India, Felicia identified a lack of resources available to SMEs and that banks didn’t offer decent interest rates to small businesses. This inspired Akoni – a digital cash management tool, specifically for smaller businesses, investors and charities. Felicia is dedicated to gender diversity in finance and technology, which is why she founded a “Female Founder” group offering mentorship to young female entrepreneurs and dedicates her time to promoting gender equality. Her passion for helping small businesses thrive and succeed is what made her truly stand out to the judging panel.

On behalf of the judging panel, Maxine Benson MBE, Co-Founder of everywoman, comments: “This year showcased yet another selection of talented individuals from all around the world, across different sectors and from all walks of life. Their phenomenal achievements within the technology industry make us proud to announce them as everywoman ambassadors.”

Sheila Flavell, Group Chief Operating Officer of FDM Group, says: “Congratulations to all the winners and finalists in this year’s FDM everywoman in Technology Awards. It’s fantastic to be part of an event that focusses on promoting and celebrating the incredible achievements of women in technology. This is an important platform to recognise and inspire gender diversity within such a dynamic and fast-growing sector. Greater diversity contributes so much to FDM’s success and achievements as a modern business, driving innovation, cohesion and creativity and having a lasting positive impact on wider society”.

Sheridan Ash, Technology Innovation, and Women in Technology Leader at PwC adds: “The FDM everywoman in Technology Awards is the perfect opportunity to celebrate fantastic role models within the tech sector across multiple industries. Award categories like Rising Star and Male Agent of Change are essential for changing the ratio for the gender imbalance in technology careers and I’m delighted that The Tech She Can Charter supports this. Every winner should be proud of their achievements and continue the great work they’re doing to inspire others, particularly the younger generation, into technology careers”.

The 2019 FDM everywoman in Technology Awards winners are:

One to Watch Award – sponsored by Computacenter: 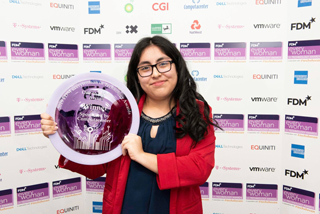 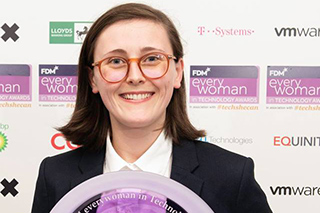 Tiffany Cooksley, Software Engineer at CGI, from Gloucester, who played a significant role in ensuring one of the highest client satisfaction scores of 9.8/10 at CGI and has been promoted three career grades in just four years. 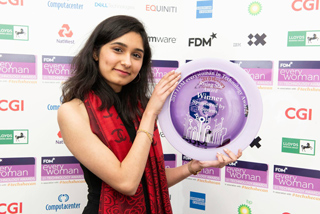 Mahek Vara, Founder and CEO of Code Camp, from Harrow, who founded the charity when she was just 16 years old and studying for A-Levels. Code Camp provides children from all walks of life with the opportunity to learn how to code. Now 18, she has already helped teach more than 70,000 children in India, alone, how to code. 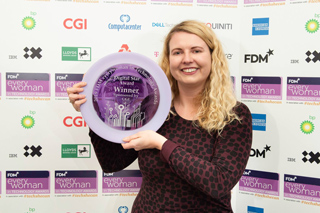 Esther Kieft, Former Product Owner at Lloyds Banking Group, from London, who completed the graduate scheme as a top performer after having delivered impressive strategic digital initiatives. She is now responsible for designing the mobile and tablet banking experience for over 10 million mobile users 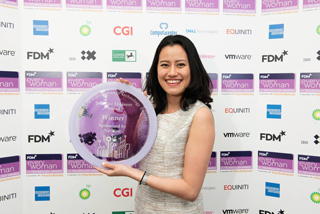 Pae Natwilai, CEO and Founder of Trik, from London, who designed software to help engineers inspect large structures using drones, by turning photos into 3D models. Throughout her career, Pae has also become a vocal advocate for programmes that support women in tech. 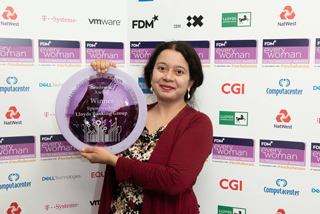 Apala Majumdar, Reader at The University of Bath, and OCIAM Visiting Fellow, University of Oxford, from Bath, who was promoted to “Readership” in 2013 – a permanent position with research, teaching and leadership responsibilities. She specialises in Liquid Crystals and has published over 40 papers to date. Apala inspires female researchers globally through mentorship and female-empowerment events. 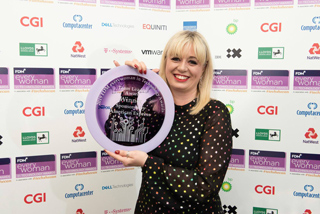 Sally Bogg, Head of Service Management at Leeds Beckett University, from Leeds, who left school at the age of 17, before returning to education as a mature student at the age of 25, with three young children. As the first of her family to attend university, she inspired her children and husband into further education. She now leads the university’s Unified Service Delivery Model, which delivers support services to 2,900 staff members and 28,000 students, as well as leading the Student Women in Leadership initiative. 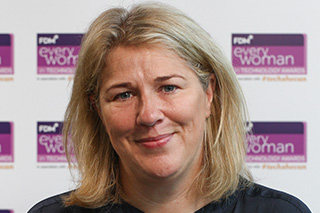 Joanne Smith, CEO and Founder of Recordsure, from London, who left the comfort of an international corporate job and, despite having little technology expertise, founded Recordsure. The business now helps institutions collect and review the thousands of customer conversations that take place daily, to increase customer care and transparency. 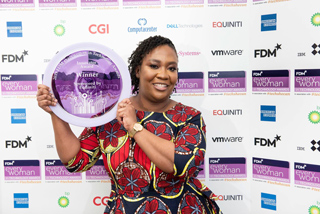 Maureen Biney, Software Engineer at American Express, from Burgess Hill, who is inspiring the next generation of female developers. She supports coding clubs at schools, and the CODE GIRLS program in West Sussex. Maureen helped improve healthcare in Ghana by developing a system which stores life-saving patient information and is now implemented at four hospitals. 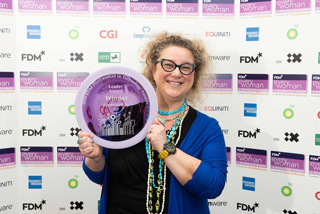 Amy Chalfen, Global Service & Delivery Director at Experian, from Penn. She leads a team that ensures successful software implementation for the world’s largest financial institutions, insurance providers, and telecom companies. Since joining, Amy has helped the Decision Analytics sector of the business achieve 12% growth and $700million in global revenues. 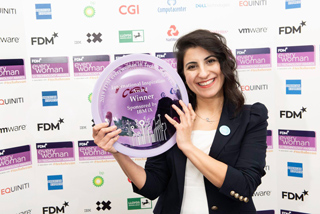 Mujde Esin, Founder of KizCode – a Social Enterprise which empowers young women in underprivileged communities through education technology and coding workshops. Since the platform was established in 2016, it has taught coding and technical skills to over 5000 girls and young women. 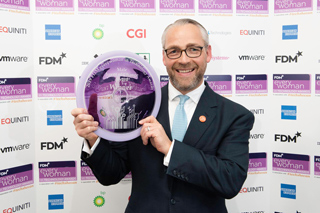 Jim Bichard, UK Insurance Leader at PwC UK, from London. He introduced key diversity initiatives to empower colleagues, including the “Back to Business” programme for returning mothers and the Women in Technology initiative. He also leads mentoring programmes aimed at helping high-potential female talent progress into senior roles.

SIGN UP
PrevPreviousSophie Walker on why leadership needs a rebrand
NextAmanda Leacy, Global Inclusion and Diversity Lead at AccentureNext
We use cookies on our website to give you the most relevant experience by remembering your preferences and repeat visits. By clicking “Accept All”, you consent to the use of ALL the cookies. However, you may visit "Cookie Settings" to provide a controlled consent.
Cookie SettingsAccept All
Manage consent