WhatsApp, Engineering Director Miles Barr on the role of men in creating an inclusive organisation culture 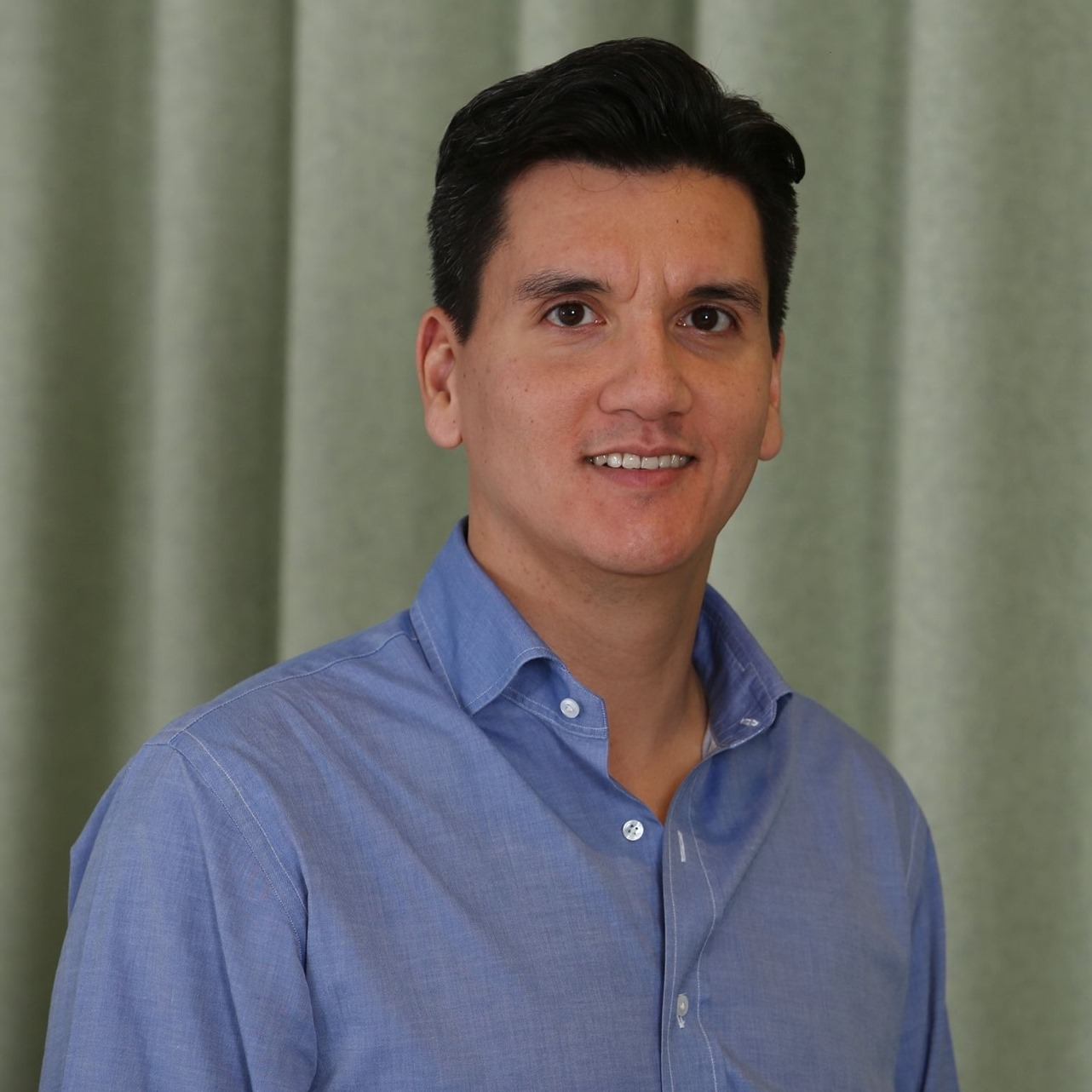 From Google to WhatsApp, the Engineering Director explains why diverse teams are always better, and how men at all levels have a role to play in making an organisation more inclusive…

WHAT HAS BEEN YOUR JOURNEY TO BECOMING A MALE ALLY — AND WHAT DOES MALE ALLYSHIP MEAN TO YOU?

Throughout my career, I’ve been fortunate enough to work with many great women, which is not a given in tech, especially thinking back to 10 years ago. Over the course of managing teams, I’d get feedback that I was a good manager. While nice to hear, over time I’d notice a pattern of getting this kind of feedback which made me realise that despite the fact I was simply treating my female colleagues in the same way I was my male employees, somehow that was being viewed as a great experience, rather than a common one. Then over time I’d see some of those women move to different teams or organisations and suddenly their careers would stall, and I’d think, ‘Why? They’re a high flier — very talented, so what’s changed?’ Seeing that pattern repeated many times made me realise I wasn’t doing enough and had to be much more proactive in supporting women’s growth, and calling out any behaviour that contradicted that. For me, that’s what being a male ally means.

HOW WOULD YOU DESCRIBE THE CURRENT DIVERSITY SITUATION IN YOUR OWN TEAM?

It’s a work in progress. At our senior levels, the cross-functional team at WhatsApp is very well balanced with some great female leaders heading up product, communication, marketing and user research functions. That’s not a common set-up in the technology industry, and it’s great to see. WhatsApp has grown quickly in London and there have definitely been challenges to ensuring we have diversity. We’re focusing our efforts more now on the engineering side because we have some great very talented senior women, but not enough.

WHAT ARE YOU DOING AT WHATSAPP TO INCREASE DIVERSITY AND INCLUSION?

It’s recommended for everyone across Facebook and WhatsApp is to take unconscious bias training, and required for our senior staff. It’s aimed at making the unconscious conscious where the biases we all have are concerned. As managers, we try to be very mindful of individuals’ working styles — particularly when it comes to having a voice and the opportunity to speak up — so that we use our positions of authority to create space for everyone to contribute. In terms of gender diversity, my experience is that you need to get to a minimum of 30% women in a workforce for there to be any measurable difference in their feeling of inclusion, so hiring more women is really the only way to do that. At the interview stage, we have basics like ensuring panels are diverse and that resumés are anonymised for screening. But it’s all very well having goals — we have to look at the cold, hard data to ensure we’re living up to our ideals. It’s useful for identifying patterns, such as women spending longer at the same level before getting promoted.

WHEN IT COMES TO HIRING, IS THERE A DANGER THAT A SINGLE APPROACH LEADS TO HOMOGENEITY OF A DIFFERENT KIND?

Yes — and that’s a very important point. It’s certainly true that if you focus all your new hiring from one place, you just import another diversity problem into your organisation. We have a few different programmes to tackle that. For example, we create roles that offer on-the-job training in recognition of the fact that not everyone goes to university. And we support returners — people who’ve been out of the workplace for a while. Broadening our intake away from just university graduates is definitely on our agenda.

CAN YOU SHARE SOME OF THE TANGIBLE BENEFITS YOU’VE SEEN THROUGHOUT YOUR CAREER THAT HAVE STEMMED FROM GREATER DIVERSITY?

When you’re in a more diverse team, you’re definitely challenged more with regard to your assumptions and ideas. I’ve worked in teams where the other leaders were like me — male, from a similar background and education — and we’d certainly agree more and arrive at the same conclusions much sooner. In that situation, if something doesn’t work out, you have to ask: was it a bad decision that stemmed from groupthink? Or, if it does work out, could it have been even more successful if there’d been some diversity? It’s never easy to answer either way, but certainly I’ve done my best work in a diverse team. For a stark example, I worked for a while in wearables and in an all-male team. We convinced ourselves our product was suitable for women — that some women love wearing larger watches, and all we had to do was make them pink! It wasn’t until we had some strong-voiced women join the team — and told we had to just stop it! — that we were shaken out of the groupthink moment.

HAVE YOU EVER MADE MISTAKES IN YOUR ROLE AS ‘MALE ALLY’?

Yes — learning how to be an effective ally has had its ups and downs! Earlier in my career, as my awareness increased around the challenges women were facing at work, I moved into a protective mindset of thinking I could fix the problem by shielding women on my team from bad behaviour. Of course, that doesn’t really help anyone, because you’re simply enabling the ongoing problem of cultures that don’t allow women to thrive. So in that sense I’ve learned to focus on enabling women, and working with them to change the system that may be structurally working against them.

FACEBOOK PLANS TO DOUBLE ITS FEMALE EMPLOYEES GLOBALLY. HOW IMPORTANT IS IT FOR MANAGERS, TEAMS AND ORGANISATIONS TO PUBLICISE THEIR DIVERSITY GOALS?

It’s extremely important. If you set a goal to get to 100% versus 10%, even if you only get to 50%, you’re still five times better off. Being ambitious is how you reach higher targets, and making your commitment public is how you ensure you’re held accountable. It’s a tough goal and it’s disproportionate within the tech industry, particularly when, in my experience, it’s significantly harder to get women to change employers versus men, who are more willing to take new opportunities. There are many reasons for that, sadly one reason is that being a woman in tech means a good experience isn’t a given, so if you find it, moving carries greater risk.

THERE HAS RECENTLY BEEN A FOCUS ON GENDER INEQUALITY IN THE HOME, AND HOW UNEQUAL DOMESTIC RESPONSIBILITIES IMPACT WOMEN’S CAREERS. WHAT ARE YOUR THOUGHTS?

It’s a real issue. Both my wife and I have full-time careers, so I know first-hand the demands that having a family puts on both partners. We balance home life by playing to our strengths: I enjoy more of the day-to-day things like cooking and hanging out with the kids when they get back from school; my wife takes on more of the organisational aspects of paying bills and scheduling classes for the kids. Where someone doesn’t have the benefit of an equal split or bringing in external help, business leaders can play a role by ensuring we don’t put the sort of demands on a person that mean they can only be successful if someone else is at home, picking up the family responsibilities.

HOW CAN JUNIOR MALES, WHO DON’T HAVE SUCH HIGH-PROFILE POSITIONS, BECOME MALE ALLIES?

That’s a good question because speaking out against the core group can definitely be difficult. Building your awareness of diversity issues is the first step. You can do that by talking to women, listening and paying attention to their experiences. As a junior, don’t assume that you can only make a difference once you reach a more senior position — it’s not about standing on a stage talking about diversity at a high-profile event; it’s about calling out bad behaviour, like talking over people or women having their ideas challenged more. You can do that subtly, for example, by creating airtime in a meeting for someone who’s just been interrupted and insisting that you want to hear from them. Pulling away from the core group can be tough, admittedly. That’s where the onus is on senior leaders to create the kind of culture where challenging each other is expected and normal.

everywoman and Facebook are partnering on a series of programmes, events and initiatives to engage more women in technology, especially those from under-represented groups. Over the course of the partnership, the two organisations will work closely together to support Facebook’s commitment to broadening gender diversity across their business and across the tech industry overall. This will be supported by showcasing a range of diverse, inspirational role models sharing their career stories.