What happened after I returned from maternity as a disabled employee 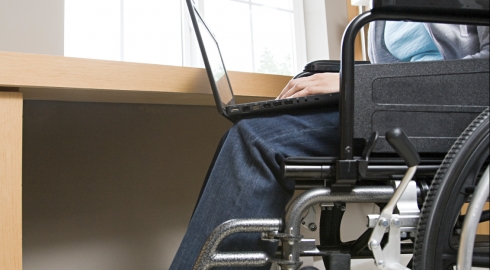 This month’s everywomanIncognito columnist shares her inspiring story of resilience after she was diagnosed with a progressive medical condition. Two weeks after giving birth, I woke up to find all my fingers were dislocated. Shortly afterwards my hip dislocated as I got into my car. Six painful and frightening months of doctor’s visits later, I received a diagnosis. I was given a leaflet about my condition, some basic painkillers, and sent on my way. The care was so limited that I honestly thought I’d get better soon; I was busy being a new mum and a life of disability wasn’t something I wanted to contemplate.

As I sought solace in online disability forums, I realised my condition was progressive and I was going to need support.

Conscious of not wanting to become a ‘problem employee’, I used my workplace ‘keep in touch’ days to discuss the practical issues of my return. I proposed two reasonable adjustments: a car parking space near the entrance to my office building, and a lightweight laptop which I’d be able to carry without fear of injuring my hands – basically a slight variation on the standard equipment in the office. I offered to sort out of the admin myself; I wanted to get the things I needed, but without causing any hassle. During my year at home, most of my former colleagues, including my boss, had moved on. Now I was working with people who didn’t know my capabilities and here I was asking a brand new line manager for help before I’d contributed anything to the team. My requests weren’t officially denied, but they weren’t met either. Having to manoeuvre a heavy laptop meant dislocated fingers, which in turn made the simple act of sending an email agonising and laborious. And the lack of parking space necessitated a 20-minute walk at the end of my commute, meaning I’d arrive at my desk in pain and close to tears each day. As I became more vocal about these problems, I was encouraged to work from home. I felt marginalised; I was losing all visibility of my strengths. My boss stopped dialling into the catch-up calls we scheduled. Though I knew I wasn’t at fault for how things were panning out, I thought it crucial that I examined my role in it all. Through counselling, I saw that my determination to not be seen as difficult meant I hadn’t been unequivocal about the implications of not getting the help I required. I needed to start saying ‘disabled’ aloud, a word I feared on account of the prejudice I knew it could incur. After nearly two years without resolution, I felt I had no choice but to involve HR.

A week after I put in a complaint, I was made redundant. Scared of the damage a public tribunal could do to my career, I accepted the enhanced package and left.

I found another job within a fortnight, reinstating my self-belief that I have a lot of value to offer. I didn’t disclose my disability during the recruitment process – it’s not a legal requirement. But on day one, I discussed my condition with my new line manager and outlined my practical needs. It was made clear to me that they wouldn’t have hired me had they known. I told myself I’d show my boss; I’d do such a fantastic job that they’d be won over. The crunch point came 18 months into the role, on a hot summer’s day, when I took what was to be my first half day’s sickness at the company. There’s a common misconception that disabled employees will always be off sick; the reality is we often struggle through illness because we’re so conscious of being seen as sickly. By lunchtime I started feeling ill and suspected that the heat had interfered with the output of my pain relief patch, an essential tool I needed to cope with the demanding job. A lethal overdose can be brought on by extreme temperatures so I approached my boss and explained that I needed to make an urgent doctor’s visit. The next day I was back at work but confused to find that my key no longer opened my desk drawer. My boss handed me a letter which accused me of failing in my role and invited me to a disciplinary meeting. Before I got a chance to defend myself against the paper-thin accusations, I was offered a ‘redundancy’ package. I saw little point in fighting it.

Within three weeks I had a difficult decision to make: to declare or not to declare my disability to the new employer by whom I’d been headhunted.

There was no legal obligation for me to do so, but I knew that travel was required in the role and I wondered how I’d manage. In the end I decided I would wait until my first day to talk to my new boss. If they believed I wouldn’t be able to perform my duties, I’d leave without a fuss. I thought that was fair and reasonable. I dreaded the conversation but thankfully my line manager was supportive. There were inevitable hitches getting the right equipment, but my boss had my back. It was such a relief to finally be able to concentrate on giving my best to the job, rather than waste time and effort trying to ‘overcome’ my disability.

I’m still trying to figure out some aspects of dealing with my condition in the workplace.

One is handshaking; it’s standard practice to shake hands when you first meet someone in business, but this small act is one I find incredibly painful. I’m also trying to work out the best way to ask meeting organisers to use accessible rooms when they require my attendance, without having to go into details about my condition or appearing difficult.

I try to find lessons in every situation.

As I’ve worked through the resources on the everywomanNetwork I’ve realised that while I have resilience in bucket loads, I’m missing a key element of emotional intelligence. That is, being able to ask for help. I became upset recently when I had to rely on a colleague to push my wheelchair during a business trip. As a strong, independent person, asking for help isn’t something I find easy. I need positive experiences of reaching out to others without feeling like a burden. I’ve realised that this extends beyond my disability: sometimes it’s just better business sense to ask for help than to spend much longer struggling alone. As I reflect on what’s happened, I don’t believe anyone meant to be deliberately horrible. Bosses have their business priorities and pressures, and an employee asking for help is a distractor. Unfortunately, disabled people are too often measured in terms of their presumed costs to the business – mounting sick pay or occupational health fees.

The way I see it is that the demands of living with pain on top of the challenges of being a working mum have simply added to my skillset.

My creative problem solving has been tested to the maximum; I’m more in tune with people; I face tough conversations and situations with a cooler head. I want employers to realise that by supporting disabled employees, they’ll be rewarded with the kind of loyalty money can’t buy. A vast pool of talent is struggling to find the right employment. I know I’m fortunate to no longer be one of them.   The everywomanIncognito series allows women to discuss personal aspects of their career development in complete anonymity. We welcome submissions from everywomanNetwork members on a range of topics. Get in touch if you’d like to find out more about Incognito or would like to suggest a story. 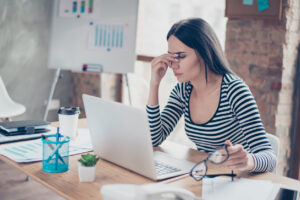 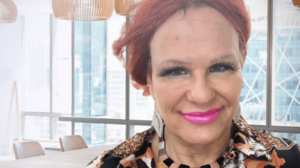 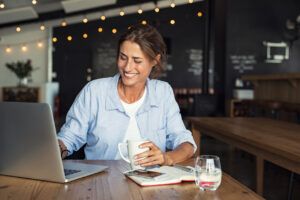 SIGN UP
PrevPreviousBecoming a tech entrepreneur: how four global #WomenDoTech
Next7 reasons you’re stuck in your comfort zoneNext
We use cookies on our website to give you the most relevant experience by remembering your preferences and repeat visits. By clicking “Accept All”, you consent to the use of ALL the cookies. However, you may visit "Cookie Settings" to provide a controlled consent.
Cookie SettingsAccept All
Manage consent