Understanding your boss: the key to a successful partnership 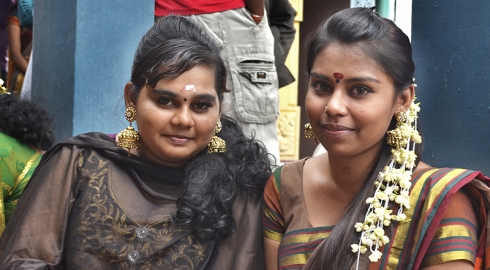 The most successful relationships are great partnerships, but even the best can encounter conflict and misunderstanding. In our recent everywomanNetwork webinar (‘How to develop a great relationship with your boss and other powerful people’ – watch back now if you missed it) a member asked for advice on dealing with a boss who consistently breaks promises. Our associate trainer Pippa Isbell advises our member to look for root causes. Is the boss overworked and pressed for time? Does he or she find it difficult to delegate? Are they simply forgetful? Does he or she really understand the benefits to the direct report of delivering on their promises? By probing the root causes of problems, you can find a new angle on the situation, which allows you to tackle it more effectively. As we outline in our workbook Managing Upwars With Success, there are various techniques you can deploy to forge a more productive relationship with your senior colleagues. To demonstrate we highlight below some common difficulties and the tools you can employ to turn a floundering relationship into a successful partnership that benefits you, your boss and the entire organisation.

1. The line manager whose priorities appear at odds with your own

Is your boss involved in initiatives which have nothing to do with your own day-to-day? Or maybe your line manager doesn’t seem interested in your own projects? It could well be that your objectives have fallen out of alignment. Pippa Isbell says: ‘Make a study of your boss and aim to answer questions like “What is my boss’s long term vision? What are their immediate goals and objectives? Are there particular pressures? What are my boss’s strengths and weaknesses?” [Harmonic relationships] are all about understanding the other person and understanding them well.’ You might even ask your boss if you can see their objectives and figure out how your own can be tweaked so that they more effectively support those of your boss. When Executive Director, Brad Holst, did this with his own line manager, the results were a resounding success: ‘As a result of being on the same page, we found ourselves regularly brainstorming and working together. By the end of the next fiscal year, the results spoke for themselves. We were much more effective as a department and our relationship was much more productive. She knew I had her best interests in mind and her trust in me grew exponentially.’ In our workbook we provide a template for conducting an analysis of your boss in order to aid better understanding and a shared vision.

2. The line manager who doesn’t respond to emails

When conducting an analysis of your boss, it’s important to pay particular attention to his or her communication style and preferences. A boss whose inbox is like a black hole of communication may simply prefer a quick phone call or to chat through your needs in your face-to-face meetings. Ask yourself when your boss is most responsive: when given clear, concise headlines or when picking over the details together? When given information prior to meetings, or when they’re in a position to immediately discuss with you? When emailed documents or when print outs are left on his or her desk? Are there certain times and days when your boss is under pressure or focused on a task? If the answers to these questions aren’t clear from careful analysis, it might be wise to simply ask the questions, framing the conversation around wanting to choose the communication avenue that means both you and your boss will be most efficient. In a seminal Harvard Business Review report on managing upwards, the authors outline a boss-subordinate conflict born of opposing communication styles, which was improved when the employee authentically adapted his style. ‘The boss would often become inattentive and sometimes brusque. The subordinate’s own style tended to be discursive and exploratory. He would often digress from the topic at hand to deal with background factors and alternative approaches. His boss preferred to discuss problems with a minimum of background detail and became impatient and distracted whenever his subordinate digressed from the immediate issue. ‘Recognising this difference in style, the manager became terser and more direct during meetings with his boss. Before meetings, he would develop brief agendas that he used as a guide. Whenever he felt that digression was needed, he explained why. This small shift in his own style made these meetings more effective and far less frustrating for both of them.’

3. The line manager who interrupts or micromanages

As with the boss who ‘breaks promises’, the micromanaging boss also needs careful root cause analysis. If they have trust issues, suggest Pippa Isbell, then asking for trust and then ensuring you follow through and deliver what you said you would, could be an effective tactic. If your boss constantly interrupts your workflow to check up on progress, it’s highly unlikely your boss has made it their mission in life to irritate you. Something else will be at play and it’s up to you to figure out what that is. In Managing Upwards With Success we outline the story of Jane Smith, who spends each Monday becoming increasingly frustrated by her boss calling her constantly, asking for facts, data and analysis that will be included in the report Jane is trying to pull together by end of play. Having considered her boss’s strengths, weaknesses, pressures and objectives, Jane concedes that the constant telephone calls are less a symptom of ‘disorganisation’, and likely down to the pressures on the boss around the weekend trading and subsequent reporting, and a desire to prepare for what’s in store once the figures are released. In Jane’s next 1-2-1 she tells how she’s noticed that the boss often needs some information before the deadline for Jane’s report. She wonders if the boss would like a short, sharp one-pager of top line data at an agreed time earlier in the day, after which Jane can be left to focus on the bigger, more detailed report for the department. Jane is not only giving the boss what she needs; she’s also communicating clearly that she requires space to really focus on the larger report. Furthermore, she’s shown the boss initiative in solving a problem the boss was likely hitherto unaware of. In our workbook we call this approach the ‘law of reciprocity’ whereby you can use the very thing that causes the most conflict in your relationship to become the thing that powers it up. Discover more tips for effective management of the relationship with your boss.

SIGN UP
PrevPreviousFinding a mentor: What’s stopping you?
NextLearning to say no: the four DsNext
We use cookies on our website to give you the most relevant experience by remembering your preferences and repeat visits. By clicking “Accept All”, you consent to the use of ALL the cookies. However, you may visit "Cookie Settings" to provide a controlled consent.
Cookie SettingsAccept All
Manage consent