Twenty years of change, for everywoman 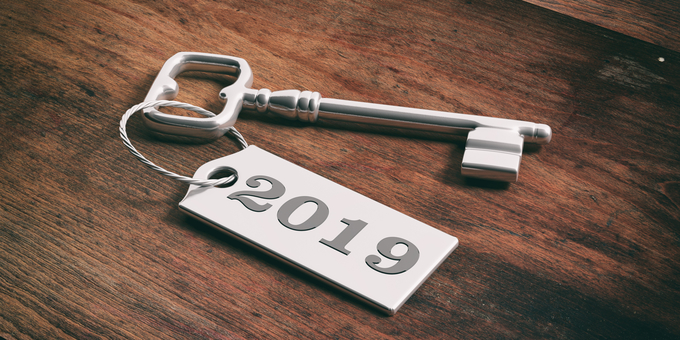 In 1999, Karen Gill and Maxine Benson began their venture for women in business – everywoman. Here, we reflect on where it all began and look ahead to the everywoman challenges of the future.

‘One of the biggest things we need to do now is change the language,’ says Karen Gill MBE, co-founder of everywoman. ‘It’s disappointing in this day and age that we’re still talking about women being less confident than men, or not as good at negotiating. It just isn’t this simple.  We now understand, for example, that confidence can be situational, but this negative day-to-day language creates an entrenched legacy that is hard to escape from.’

This is the challenge for everywoman today; when Karen created the business in 1999, alongside Maxine Benson MBE, the barriers they faced were very different.

Karen and Max were two 20-something women that met in Australia while enjoying successful global careers. After several years in corporate life however, both found themselves at important junctures in their lives; Max wanted to move from New York back to the UK permanently, and Karen, already back in London, had just had her first child.

‘We decided that we couldn’t do this career of international travel and long hours anymore,’ says Karen. ‘This was in the nineties, a time before smartphones and email, so it was very hard to operate flexibly and remotely.’

The two decided that together they would start a new business venture; one that gave women like themselves a voice and an all-important support network.

‘We wanted to create a platform that would amplify how women the world over were feeling, in turn helping them better engage with the business community, while also creating a rich network.’

everywoman began as a social network, albeit one, as Karen describes, ‘in a pre-social-media world, with a dial-up modem.’  The technology that could support their online vision had not yet been created, so the pair decided to take a more traditional approach, running an events programme and meeting people face-to-face.

The events were an instant hit and what they began to find were female entrepreneurs in very similar situations to theirs – stepping off their corporate ladder, creating their own rules and finding their own ways of engaging in the business world.

‘They were vocal about the challenges they came up against as female entrepreneurs,’ says Karen. ‘And at the time, only 40% of them had an email address, so we knew the “in-person” approach was going to be the most effective way to build the organisation.’

Large corporations such as banks, accountancy firms and law firms became everywoman event sponsors, wanting to understand how they could better service the female business-owner community. In doing so, they came to realise the challenges those women faced were shared by the women in their own workplace.

‘It’s that whole feeling of not being able to progress, not feeling like you belong. They don’t see anyone like themselves advancing,’ says Karen. ‘That’s when we started to broaden our proposition, looking at how we could work to advance all women in business, whether they are women in the workplace or entrepreneurs.’

‘I say women in the workplace, because not every woman wants to go into the boardroom,’ she continues. ‘What we do is unlock women’s ambitions. For example, we’ve inspired women working on the supermarket checkout to move forward into a supervisory role, after which she can see a path to management. We show women that the companies they work for value them, and help them understand how to progress.’

Attitudes continued to change, and the financial crisis demonstrated to the world that groupthink was ineffective; getting more diverse voices around the world’s most important tables became paramount. The digital inception meanwhile took a firm grip and in embracing the social web boom, Karen and Max’s business transformed. No longer was everywoman simply a voice, it was a powerful community.

And while the events programme continued to grow and as technology advanced, Karen and Max were able to realise their original ambition of creating an online community – the everywomanNetwork – that now has almost 30,000 members across 100 countries, who are accessing a wealth of digital learning tools and resources.

Today, everywoman is building its global footprint, with Karen and Max working with key female leaders internationally. And what’s striking, says Karen, is that no matter where you are in the world, the blockers and drivers of female progression are remarkably similar.

As well as the language issue, negative behaviours such as bullying can preside in workplaces anywhere, and it is still the case that it is often those who display ‘alpha male’ characteristics that find their way to the top.

With this in mind, Karen maintains that it is not just diversity of thought that is important in balancing the workplace, but diversity of personas.

‘When you talk about female leaders, many have high empathy and collaborative skills, however, some can operate with more “male” characteristics,’ says Karen. ‘But equally, you can’t lump men in one basket and say they’re all confrontational. We now understand how to better balance behavioural differences, to get the best results.’

And this is no doubt facilitated by a more digitally operated workplace, where those who do not display ‘traditional’ ideas of leadership – introverts, for example – can demonstrate their huge value.

‘This ability to be connected, combined with how hard it is to silence people today, offers a worldwide opportunity,’ Karen explains. ‘And one of the things we are focusing on is the ideal of global citizenship – in other words, the power of getting as many women and men working together to break down those barriers for women in leadership roles. For instance, men are more engaged in family life these days, which is fantastic, but the truth is that women still take the lion’s share of family care.’

It is this push for change that continues to drive everywoman, a global vision that sees the whole as bigger than the sum of its parts. And one need look no further than the #metoo campaign, for instance, to see how powerful it can be when a great global community is mobilised.

‘I am extremely positive about the future of female leadership, as the agenda has really built momentum,’ says Karen. ‘We know that companies in the top quartile for gender diversity today are 15% more likely to have financial returns above average*, so we will continue to work to get female leaders up to a significant number, and that’s when our companies will really start to see the benefits.’

SIGN UP
PrevPreviousLiving with undiagnosed ADHD had a huge impact on my career
NextFinalists announced for the 2019 Revolut everywoman in Travel AwardsNext
We use cookies on our website to give you the most relevant experience by remembering your preferences and repeat visits. By clicking “Accept All”, you consent to the use of ALL the cookies. However, you may visit "Cookie Settings" to provide a controlled consent.
Cookie SettingsAccept All
Manage consent