Stuart Birrell, CIO of Heathrow, on his career, his leadership style and the benefits of flexible working 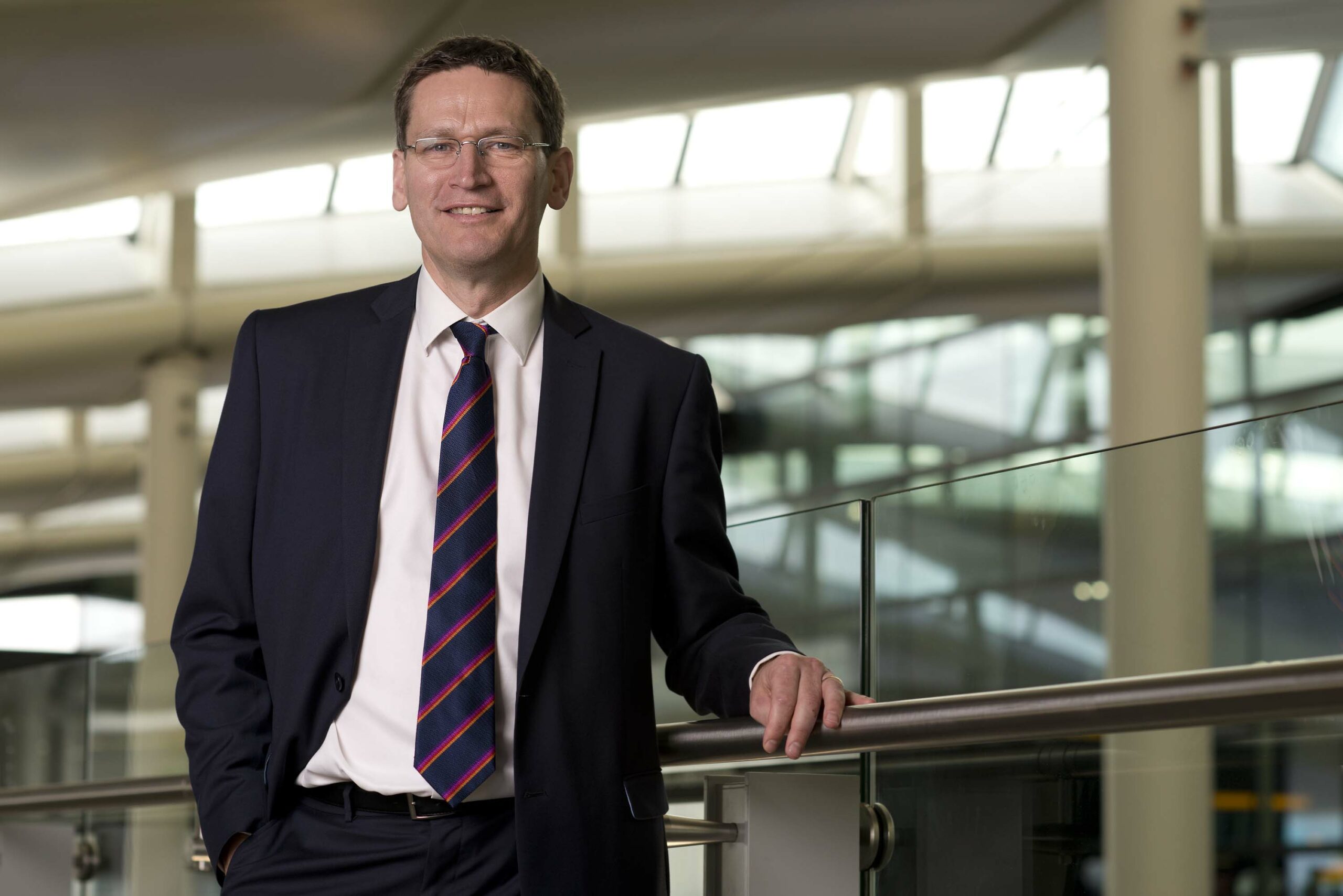 Stuart Birrell started his career as an engineer, building and running factories. Deciding he needed to get an MBA to broaden out his understanding of the business, he moved to IT, and as head of IT, spent three years at Gatwick building up a brand new self-sustaining team for a billion pound business, to get it ready for the separation from BA. While there, he was offered a job at McLaren (‘It took about a nanosecond to make that decision!’ he says) and was there for four years while they were launching their road cars, before returning to aviation.

What was the main driver for the Heathrow transformation?

The problems at Heathrow were well known, even before I joined. There were many, many issues. It wasn’t one thing that needed to be fixed, from contractual to organisational and supply chain issues. The tech and foundations weren’t there.  I used my previous engineering experience: we needed a total re-design, had to change a lot of the basics and restructure the supply chain.

What were the biggest challenges?

It was about getting the whole team aligned against the new strategy, the new ways of working. When you’re restructuring the supply team you can’t just change your own team, you have to change the whole extended team. And some of them are in India, or Singapore. So, the technology is complex. But the biggest change is taking your team with you and teaching them about different ways of working.

What did you personally learn on that journey?

A couple of things: I think most people are afraid of change. But in the same breath, most people are highly adaptable. Everyone’s a bit nervous (although the majority of people get on with it) but you have to give the managers a lot of support. They may have been experts before, but not now. And while there are well-documented models for business change, it also means trusting your people and giving them the support to make that change. It comes down to communication and engagement.

As a leader, did you have to do things differently?

Some elements are changed, but at the core, it’s still me. In terms of approach, at McLaren and Gatwick I had to move very quickly. There was no real thinking time, no debating, or real planning. At Heathrow, I was able to step back at bit. I guess for me it’s been about slowing down a bit and taking the team with me, and it’s been a much more pleasant and sustainable journey for it.

How has management reacted to the changes?

The change in the organisation has been profound. Managers have had to change their way of thinking and their expectations, and how they manage people. It’s been a challenge for quite a lot of our middle managers to trust the people to work in a very different way. And that’s been interesting to watch and more profound than people realise. The resilience and quality of service you’re getting from the IT supply chain is very different now. We’ve more than doubled the IT costs – scope, scale and responsibility.

How do you deal with getting over the obstacles of flexible working? Do you find it comes down to trust?

Some of it has been organic. People react differently. Three years ago, one of my directors decided he was going to work from home. That was just unheard of. It was quite a radical move. He started doing it and others followed, and because he was at director level, it gave others permission around him.

Have you noticed a happier workforce?

Certainly my engagement scores have gone through the roof, and my direct leadership teams, and returning mums, have really embraced it. Stress levels have definitely dropped significantly, after people haven’t had to battle the M25 or the London Underground to get to work. It has a direct impact on health.

What’s the best bit of advice you have for business leaders?

Have a very clear, simple vision or plan and then trust your people. It’s not you as a leader who’s going to deliver it. It’s your people, and you’ve got to trust and empower them to do things their way. It’s not always what you want. But so long as they’re going in the general direction of the strategy, it’s so powerful getting the teams to deliver it their way, with their people, and colleagues across the organisation.

To see the whole list of inspirational speakers featuring at the 2020 everywoman in Tech Forum, click here.

SIGN UP
PrevPreviousEverywoman award winners on how to be a male ally
NextPostnatal depression made me suicidal – we need to talk about it moreNext
We use cookies on our website to give you the most relevant experience by remembering your preferences and repeat visits. By clicking “Accept All”, you consent to the use of ALL the cookies. However, you may visit "Cookie Settings" to provide a controlled consent.
Cookie SettingsAccept All
Manage consent