Stressed? Why daydreaming can help 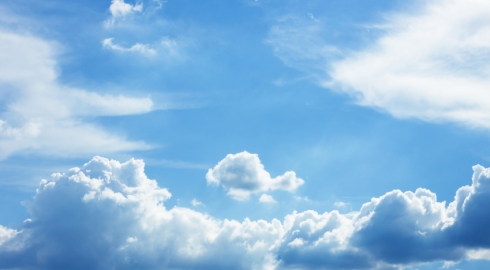 ‘Daydreaming’ doesn’t have to mean absentmindedly considering a beach holiday or a hankering after a chilled glass of wine – find out how these structured positive visualisations could help you destress. Mental rehearsal is part of the preparation for any major event. You might imagine the sort of room your job interview will be held in, visualise the path you’ll take to the stage for that big presentation, or mentally hear the sound of the klaxon signifying the months of marathon training are over and the race is on! But conscious visualisation isn’t just a great goal enabler, it can also be a useful stress buster. In the webinar Visualisation for problem solving, everywoman trainer and Atlantic rower Sally Kettle shared the four techniques she used to combat stress on the ocean waves, and how the same can reduce your anxiety back on land.

Think about a recent scenario which was a source of anxiety – a run in with a difficult colleague, being put on the spot in a meeting, or feeling out of your depth on a new project. Run through the situation from beginning to end in slow motion, evoking as many senses as possible (the sights, sounds, smells, tastes and feelings that went hand in hand with the situation). Once you’ve colourfully invoked the scenario in your mind’s eye, imagine yourself leaving that environment and stepping into one associated with positive emotions – your bedroom at its most tranquil, a favourite holiday destination, a childhood spot associated with happy memories. Allow yourself to imagine that somewhere within that space is a box only you have access to. Inside this box is a Superwoman costume. As you hold it up against your body, you realise it’s the perfect size for you, and, slipping into it, you not only look but also feel amazing. Superpowered-up, you fly back to the stressful situation, freeze frame it and rewind back to the moment it became difficult for you. On replay, you are able to brilliantly manage the situation, your voice and body language exuding calm and confidence. Savour the feeling of power you gain from commanding the situation, and tell yourself that the Superwoman costume is yours to climb into whenever and wherever you need it. It might be that you’re always wearing it under your work clothes, and just knowing it’s there is enough for you to power up to any stressful situation.

When a stressful conversation or scenario replays over and over in your mind, rather than trying to mentally push it away, allow it to temporarily overwhelm you. Focus on the details surrounding it – what the other person said and how you felt, right down to the weather on the day in question and what you were wearing. Imagine that your hand is able to reach inside your mind and scoop out those thoughts and feelings. You’ve already laid out a box into which you now cram the problem inside, slamming the lid down before it can escape. Box in hand, you enter a room lined floor to ceiling with tiny drawers. The box fits perfectly inside the draw of your choice, and you slam it shut with a satisfying clunk. Twist the key in the lock and toss it somewhere it can never be discovered – a vast ocean or uninhabited desert. Take a few deep breaths, enjoying the sense of freedom before you return back to your awareness with a clearer mind.

Has a stressful situation left you not knowing which way to turn? Let’s say you’ve fallen out with a colleague who has now been promoted into the position of your manager. After doing lots of thinking you deduce that your three options are: talk to your new boss about the situation, not talk to the new boss and allow things to unfold of their own accord, or leave the role or organisation. Take each scenario at a time and imagine how it might play out. Allow your mind to wander until you arrive at the final likely outcome of following that decision. Each decision path may give you some answers and change your thinking. If you arrive at three likely final outcomes but are still unsure which path to follow, it may help to draw a flowchart of each, asking ‘then what?’ for each new outcome, until you arrive at what feels like a natural consequence of following that decision path.

In moments of low self-confidence, you can often be the source of your own stress. This might involve giving yourself negative self-talk (“Why have I been asked to do this presentation? There are others who are far more qualified”). If you’re finding it difficult to hush that inner critic, allow it to take centre stage for a moment. But as it tells you that you’re not good enough or destined to fail, give it a voice of its own that’s different from your own – the more ridiculous, the better. As its offensive voice begins to steal from its credibility, begin to further separate it from yourself by giving it an appearance – the uglier, smaller and more repulsive the better. What other attributes can you give your gremlin to reduce its power further? Having brought your inner critic to life in the form of a separate, gremlin-like entity, all that remains is for you to crush it to within an inch of its life. Your first attempt at gremlin-squashing may not silence it forever more, but each blow to its fragile ego will further diminish its power and allow you to focus with clarity on the problem at hand. Discover more great tools and techniques like this in the everywoman Network workbook Visualisation for career success: a beginner’s guide.

SIGN UP
PrevPreviousHow do you pick the right idea to act on?
NextWhy a vivid imagination is your crucial career ingredientNext
We use cookies on our website to give you the most relevant experience by remembering your preferences and repeat visits. By clicking “Accept All”, you consent to the use of ALL the cookies. However, you may visit "Cookie Settings" to provide a controlled consent.
Cookie SettingsAccept All
Manage consent