Sophie Walker on why leadership needs a rebrand 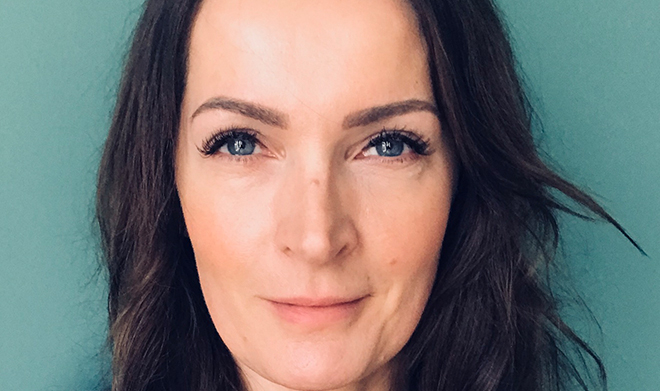 As the founding leader of the Women’s Equality Party, Sophie Walker was a figurehead for gender equality for four years. She steps down at the end of March.

For International Women’s Day, she talked to us about why outdated systems need to change if women are ever to thrive

You’ve said we need to start viewing the role of leadership ‘through a different lens’ – what did you mean by this?

We have an old-fashioned template of leadership, which is the ‘hero model’. It basically expects that one person will dive into the fray on behalf of thousands behind them – like a general riding into battle.  The problem is, this doesn’t allow for collaboration or the testing of ideas through multiple perspectives. One person is expected to represent a whole multitude of ideas in a fast-paced environment and it pretty much sets them up for failure. And – because we live in a society, economy and culture that excludes women – that ‘hero’ model often fails women, either by failing to see them as leaders or by failing to incorporate their perspectives.

Real change is brought by movements, and harnessing the power of movements has never been more necessary given the paucity of ideas on offer, both in politics and business. We are dealing with complex issues and fast and wide-ranging changes that have been brought about by globalism and technology, and we’re still trying to answer them according to a 19th-century template of leadership.

You’ve referenced ‘collective leadership’ before – how would this work in business?

Ideas of collaboration in business is typically top-down and self-selecting. A group of people hold tight to information then invite others to contribute, while sharing their knowledge sparingly and only with people who look and sound like them. It encourages a very limited kind of ‘group think’.

I’m interested in implementing ‘activist models’ in business, which would give a voice to people, particularly women, including those from diverse backgrounds, whose creativity often goes untapped and who often feel disconnected from the workplace. I think bringing different lived experiences to understand the issues you’re working on is always going to achieve a better outcome for everyone than one senior manager saying, ‘This is how we’re going to solve the problem, tell me how you can contribute.’

After leaving WEP you said, ‘In order to lead you sometimes have to get out of the way’. How does this relate to businesses?

Leadership doesn’t always mean being the person at the top of the pile. It’s about understanding when change is required and being innovative about what the change can be.

There aren’t enough women leaders in business, and there are even fewer women of colour, working-class women and disabled women in CEO positions and in equal numbers in boardrooms and senior decision-making roles. I think we can start to tackle that by encouraging activism in the corporate world – a model that encourages us to think about how we represent different voices and collaborate as a movement within an organisation.

We also need to rethink mentoring models. Some of the best mentoring I’ve had has been from women who are younger than me and come from different ethnic, class and disability backgrounds. I think more leaders need that kind of imaginative support.  There’s also a knee-jerk reaction to offer mentoring to women, when I think we need more women to mentor the men in charge.

You’ve said you want to bring an end to the assumption that you need ‘nerves of steel’ or ‘thick-skin’ to be a leader. Why?

Empathy is essential if you are to bring about positive change, and this belief that to lead you need not to be able to feel works against that.

I also think we have very outdated ideas of what being ‘strong’ as a leader means and I particularly hate the phrase ‘a strong woman’ – it suggests that women can be leaders only if they fit a similar template to the men in charge: white, middle- to upper-class, privileged, not disabled and able to shout loudly. I’ve always said I’m here for the thin-skinned people, the women whose journeys to leadership have been different, the people who bruise, the people who speak truth but quietly; the people who are realising that a lifetime of trying to navigate systems that are not constructed around them has left them feeling left out, left behind and cynical.

Is this why you’re not a fan of Sheryl Sandberg’s Lean In?

I think Lean In was the start of a conversation about women and leadership rather than the end of it. I think it does women a huge disservice to suggest that if they don’t feel ready for leadership it’s down to them to change. We can’t continue with this idea that all you have to do to change centuries of economic and societal and cultural oppression is try harder – when the problems facing us are structural.

When women don’t get the pay rise they deserve, they’re told they didn’t ask properly. When they find it hard to bear up under the pressures of a deeply sexist workplace, women are told it’s up to them to get a thicker skin. If women are dealing with the stress of not fitting into to a male-focused business environment, they’re told to practise mindfulness. All of this puts the focus back on women to fix themselves when it’s not they who are broken, it’s the system.

What will your future work involve?

I’m working on a project called ‘activate’, which has different strands. I’m exploring what sustainable activism looks like – challenging the male template that it’s a series of pitched battles rather than a philosophy of learning and collaborating for change – and I want to encourage that kind of thinking both for women in politics and in business.

I can’t say much more now but I’m working with partners and women from different communities to hear what practical help they’d need to move into politics and leadership positions.  And I’m keen to hear from businesses that would like to try a different approach to developing new talent.

Four out of 10 private firms that have published their gender pay gap are showing wider gaps than last year. What would you like to see happen before 2020?

A massive investment in care. We still see it as an expense – something unimportant because women do it. Data shows it is a clear economic investment that yields twice the number of jobs as investment in construction and pays for itself in higher tax revenue and lower welfare costs. We will never close the pay gap as long as women care and men work.

And lastly, on International Women’s Day, what would your advice be to men who want to be better allies?

If we’re having a conversation about the pay gap it’s because there is one, and it’s structural. If you’re about to ask a woman whether the pay gap really exists and isn’t just a ‘lifestyle choice’, stop. Go and read up. Reflect on who gets what choices, whether they are really ‘choices’ and whether they are equally shared. And think about the women who don’t have access to work because they’re providing the unpaid, unseen social infrastructure that underpins our economy.

SIGN UP
PrevPreviousPodcast: Russ Shaw on the role men play in furthering diversity in tech on IWD 2019
NextThe winners of the 2019 FDM everywoman in Technology Awards announcedNext
We use cookies on our website to give you the most relevant experience by remembering your preferences and repeat visits. By clicking “Accept All”, you consent to the use of ALL the cookies. However, you may visit "Cookie Settings" to provide a controlled consent.
Cookie SettingsAccept All
Manage consent