Flex for success: how situational leadership can empower business 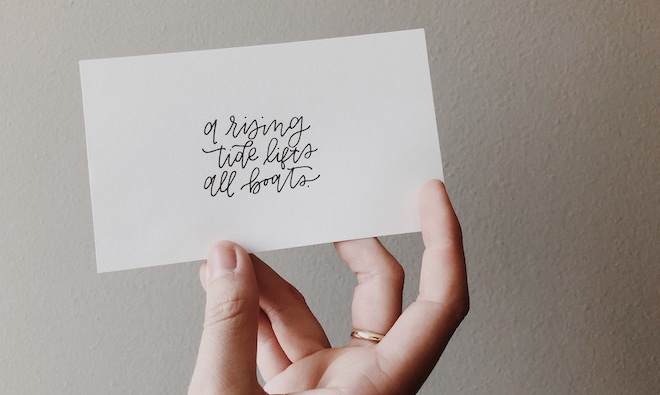 Businesses require their leaders to motivate, direct and inspire workers to move the company forward. But what is effective leadership in a modern world? It’s a crucial question, especially as research shows leadership to be a fundamental part of business success – indeed a landmark Harvard Business Review study concluded that a manager’s leadership style was responsible for as much as 30 per cent of a company’s bottom-line profitability.

However, ask a cross-section of leaders in business today which leadership model they favour, and you will likely get a variety of answers. Leadership and leadership theory is an ever-evolving, dynamic landscape. Researchers led by psychologist Kurt Lewin first set out to identify different styles of leadership in 1939 in an influential study that established three major styles – autocratic, participative and delegative.
These provided a springboard for the wealth of leadership models that sprang up from the 1970s on, refining and expanding these ideas into other popular theories – such as transformational leadership, in which leaders model the behaviour, ideals and values they want to see in order to encourage workers to perform at their highest level.

However, in an increasingly agile world, emerging or current leadership theories are now beginning to focus on leadership styles that respond to a variety of situations and circumstances instead of the individual traits of the leader – and the best known of these is situational leadership.

First developed in 1969 by Kenneth Blanchard and Paul Hersey, The Situational Leadership Model was ground-breaking for its suggestion that managers should adapt their style to fit the demands of the environment.

Whereas other leadership trends had emphasised the locus of a leader in effective management, here the leader of an organisation or team was tasked to adjust their style to fit the task and crucially the development level of the employees involved. And the style of leadership they employed would – by definition – need to change continually to meet the needs of the situation.

It’s small wonder this approach is gaining significant traction in today’s dynamic and competitive globalised world – modern business requires agile and responsive leaders who can lead through the peaks and furrows of constant change, drive performance and cultivate a strong culture of engagement in their teams.

Flexibility is the lynchpin of powerful modern leadership, says Blanchard. “Today’s leaders must be partners with their people… they no longer can lead solely based on positional power. The key to successful leadership today is influence, not authority”.

Hersey and Blanchard’s original Situational Leadership Model describes four primary styles of leadership: the ‘telling’ style, characterised by telling people what to do; the ‘selling’ style where leaders convince followers to buy into their ideas and messages; the ‘participating’ style, marked by allowing group members to take a more active role in the decision-making process and the delegating style which involves a hands-off approach to leadership, encouraging group members to make the majority of decisions.

Choosing the appropriate styles, or elements of them depends firstly on the task at hand and its life cycle. For example, the beginning of a project may require a more “telling” style to work effectively with team members who might lack the responsibility or knowledge to take ownership of it, and the situational leader may need to be more task-oriented as an approach. But as the project beds in and the team becomes more experienced and knowledgeable, the leader could then flex toward a more supportive or delegating style.

Taking a situational approach to leadership also avoids the pitfalls of the single-style approach by recognising that there are many different ways of dealing with problems – and many opportunities in which you can benefit from challenges to move business goals forward.

Within the Hersey-Blanchard model, leaders also need to consider the maturity level of their teams and of each individual member – this includes their ability to complete a task, as well as their willingness to complete it – when working out the right leadership style to apply at any given moment.

The emphasis here, therefore, falls more on the complexity of dynamic social situations and the individuals who will ultimately contribute to the outcome than many other leadership models. Get the right leadership role for the task, the time and the ability, the message is, and you can unlock the performance and motivation you are looking for in your workers.

It may be that a group that lacks efficiency would appreciate a style that emphasises clearly defined roles, while a productive group of skilled workers might benefit from a more democratic one that allows group members to work independently and have input in decisions.

In the same way, on an individual level, assigning a job to a team member who is keen but lacks the ability can lead to stress and demotivation, while micromanaging a competent and confident team member will likewise impact badly on their productivity and morale.

The message from situational leadership theory is that a leader must first seek to understand – looking carefully at tasks that individuals and teams are set and their level of competency – in order to manage people effectively.

Once understood, the leader can constantly flex their style to suit the situation and encourage growth – and the result can be empowered, energised and highly skilled employees and mature and effective teams with increased potential for development.

In this way, situational leadership may help to provide crucial resiliency for organisations in a world of constant change – and a workforce more primed and motivated than ever to meet the challenges of modern business.

SIGN UP
PrevPrevious6 questions to ask yourself when under pressure
NextHow to get paid your real worthNext
We use cookies on our website to give you the most relevant experience by remembering your preferences and repeat visits. By clicking “Accept All”, you consent to the use of ALL the cookies. However, you may visit "Cookie Settings" to provide a controlled consent.
Cookie SettingsAccept All
Manage consent