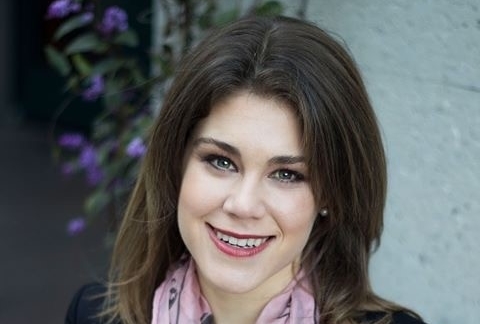 Aislin O’Connor is a Millennial success story. Within just 10 years she’d gone from graduating from the University of San Francisco (in 2010) with a politics degree, to securing a top job in Silicon Valley, via the real estate/finance sector, an MBA from the Oxford Saïd Business School, and a job with Wells Fargo in 2015 working with tech firms in San Francisco, while also advising London-based startup inploi. ‘I definitely haven’t taken a direct route to my current role,’ she says. ‘Instead, it’s been like a meandering stairway.’

You’ve had quite a non-linear career path…

It’s been a real strength. The MBA especially propelled my career more than anything I’ve ever done. With classmates from 50 different countries, it exposed me to different viewpoints, which has really helped in the way I relate with companies. It also gave me an excellent network. Today, if I need a biotech expert because I’m working with a firm in that sector, I know exactly who to contact.

I think women are having a hard time [only 20% of Google engineers are female, while key figures such as Facebook COO Sheryl Sandberg have detailed their sexual harassment; see Emily Chang’s book Brotopia for an excellent exposé of Silicon Valley’s macho culture]. But over the last two years, companies are becoming more aware these issues exist. Tech is also famous for not funding female-founded ventures on the same level as male counterparts.

If there was greater gender parity in tech, might products be better designed for women?

Yes! There’s a real gap when it comes to car tech [when a woman is involved in a car crash, she is 47% more likely to be seriously injured, largely because cars and crash-test dummies have been designed using dimensions based on the ‘average’ male]. I agree that with better equality, we’d have more products and better ideas for women, and also, people from different countries too.

Is part of the problem that there aren’t enough female computer science graduates?

I would say early education – not the university stage – could be part of this ‘pipeline’ problem. The only award I ever won at school was in statistics. If a teacher had pulled me away and said, ‘You’re very good with numbers’, I would have gone down a different path, perhaps in economics. Many young women are shaped culturally early on in their lives due to how others view them.

What’s the best way for women to future-proof their careers, amid increasing automation?

The journalist Michael Malone argues that the more tech we have in our lives, the more skillsets such as storytelling will be valued. Why? Because you can create incredible technology, but if you can’t tell a story to your audience, or explain how it works, you won’t have a market for it.

What will you be speaking about at the 2020 Everywoman Tech Forum?

‘Creating Lasting Change’. For a company to thrive, it needs to create a culture of true diversity that’s comfortable for all parties, not just gender diversity. Closing the funding gap for women in technology and reaching parity (with men) will be the big issue over the next decade.

What are your networking tips?

The way I view networking – and the world – is that we’re all part of a spider’s web. There are interconnections between different companies, cultures and ideas. When I meet somebody who works in a field I don’t know much about, I’m willing to make connections to others I’ve previously met in that space.

Aislin will be speaking at the 2020 everywoman in Tech Forum. For more information and to book tickets click here

SIGN UP
PrevPrevious10 business leaders on the New Year’s resolutions that will supercharge your career
NextOn leading the charge, with Dame Moya GreeneNext
We use cookies on our website to give you the most relevant experience by remembering your preferences and repeat visits. By clicking “Accept All”, you consent to the use of ALL the cookies. However, you may visit "Cookie Settings" to provide a controlled consent.
Cookie SettingsAccept All
Manage consent