Promoting Yourself from Bettina Boerner 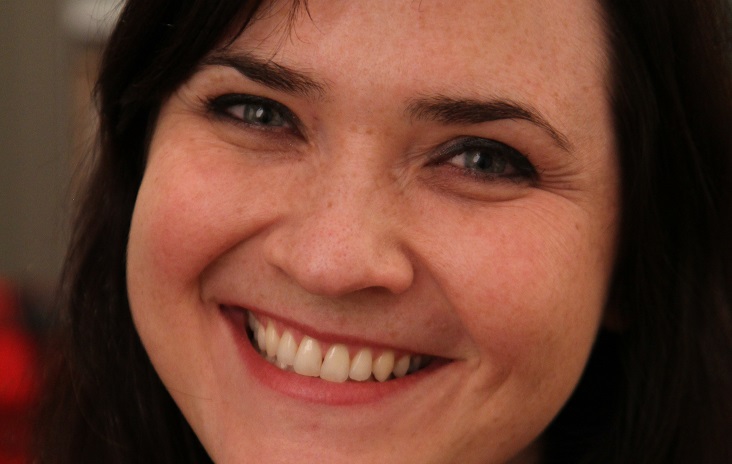 Bettina Boerner was always fascinated by jewellery and even as a child dreamed of being a goldsmith. German-born Bettina networked her way into an apprenticeship in a jewellery firm and by 2000 had moved to a small fashion jewellery business in London as a trained goldsmith and workshop manager. Now she is the International Head of Production at De Beers Diamond Jewellers in London.

Bettina combines in-depth knowledge of the processes behind the craftsmanship of luxury jewellery with strong interpersonal skills in team building, negotiation and intercultural awareness.

She constantly strives to find her own ways to reach her goals, through connecting with industry professionals at networking events, design forums or trade shows worldwide. Always passionate about her industry and keen to learn something new, she learnt to speak up from some early female bosses. Here she talks about raising her profile.

When, in your career, did you realise you needed to speak up and raise your profile?

Always. In my first two part-time jobs as a student, I worked in the German equivalent of fish and chip shop and in a florist’s. In both I had strong, independent women bosses.  I learnt to speak up from them – and also at times how not to behave.

What was the outcome?

I have always fought for what I think is right, had a goal and worked hard to reach it. I started as an apprentice goldsmith in a jewellery firm in Germany and I’ve risen to be head of production at De Beers which has 45 stores, so I’ve come a long way. Once I set my mind to something I do it.

Why do you think women avoid the opportunities to promote themselves and their abilities?

Many women are quite shy and fear the judgement of others – and it is a realistic fear. In a study that asked students for their opinions about a man and woman who displayed the same leadership traits, the students said they disliked the woman because she was bossy and pushy, but they liked the man. Many women fear that by promoting themselves they will be seen as too masculine and will be disliked.

Have you ever seen self-promotion done badly? Why was it bad?

I can’t think of any examples but I have seen people trying to promote products too much. However if it’s done with genuine passion then it’s not too bad.

How do you lobby your ideas?

Always with passion and self-belief. I need to be passionate about what I do, and if you believe in something you can be convincing about it.

How do you build your alliances?

I look for people who are true to their values and trust them in an open and honest way. You can build a relationship on that.  I have asked plenty of people to put me in contact with others to help me solve problems, and they are happy to do it, though I ensure I give feedback to them about the results. It helps build up the relationship.

What piece of advice would you give your younger self about raising your profile?

Be diplomatic! When I think back to my younger self I was always passionate but not always very diplomatic. Germans tend to be more direct that Britons and when I came to the UK I definitely could have been more diplomatic. Now I know better.

SIGN UP
PrevPrevious‘If opportunity doesn’t knock, build a door’: STORM’s Anna Lee offers her career tips
Next3 Techniques to Boost your Problem Solving SkillsNext
We use cookies on our website to give you the most relevant experience by remembering your preferences and repeat visits. By clicking “Accept All”, you consent to the use of ALL the cookies. However, you may visit "Cookie Settings" to provide a controlled consent.
Cookie SettingsAccept All
Manage consent