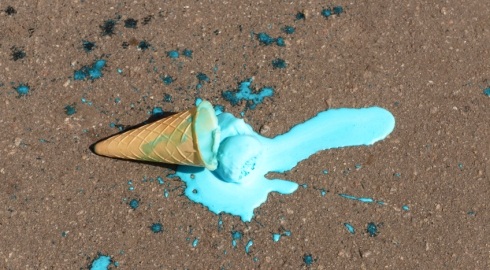 “We need to accept that that we’ll screw up royally sometimes,” says Huffington Post founder Arianna Huffington. “Failure is not the opposite of success, it’s part of success.” Yet when you’re in the throes of a workplace misdemeanour it can feel as if the world is crashing down around you and your career is coming to a screeching halt. Take a deep breath and digest some of our expert tips on battling through to emerge stronger on the other side.

Slow down & start over

When you’re rushing headlong into a mistake you may tend to react in one of two ways: carry on regardless, afraid of admitting your weaknesses or of the consequences of stopping, or begin to back peddle furiously, wasting time trying to undo what has already been done. Writing in the Harvard Business Review, CEO and author of Four Seconds: All the Time You Need to Stop Counter-Productive Habits and Get the Results You Want, Peter Bregman advocates a more measured approach. First, he says, slow down: “Stop pedalling so hard. Then, as momentum [loses] its force, begin to change direction. In a discussion in which you’ve been pushing hard and suspect you might be wrong, begin to argue your point less and listen to the other side more. Listening is the perfect antidote to momentum since it’s non-committal to any point of view. If it’s an investment, reduce it some, without taking it all out, so that literally you have less invested in being right.” The ‘start over’ approach is more of a mental game. In a situation where a mistake has been made or is in progress and you’re unsure what direction to turn in, look at the situation as objectively as you can, as a newcomer would. For example:     “It takes great strength of character to admit you’re wrong or even to question your own views,” says Peter Bregman. “And others perceive this as strength too. Great leaders have enough confidence to look critically at their own perspective and stay open to other people’s points of view, using the technique of Slowing Down. Even when they know they’re right.”

Become your own ‘fixer’

In a recent survey, ‘PR executive’ was named one of the most stressful jobs. Consider how upsetting it can be dealing with your own occasional errors, and small wonder that sorting out public relations disasters for a living is only for the sturdy at heart. It goes without saying that covering up your mistake is not the best solution, but what can be learned from those who ‘clean up’ for a living? Jessica Kleiman, author of Be Your Own Best Publicist, says that step one is to interject as quickly as possible. “Go with your gut. When you see a red flag, pay attention. How many times in life have you kicked yourself for not listening to that little voice in your head that says, ‘Something is wrong here?’” Next you need to go into problem solving mode. Stay calm and focused and make a plan: “Start by considering your end game — what’s the ultimate outcome you’d like to see? Work backwards from there.” Before you action your plan, own up to the mistake – fully and without reservation. Once you’ve actioned your plan, reflect. “Find the lesson. My favourite interview question is ‘Tell me about a time when you failed, how you dealt with it and what you learned.’ The answer will broadcast how someone handles a crisis and whether the experience made him or her more effective at work or in life.”

“Mistakes are the portals of discovery.”

Ask yourself this question now. Delve into a past mistake and consider how you felt at the time and what strengths you drew on to move onwards and upwards.

See your mistake as part of your creative journey

In a study of ‘creative geniuses’ by psychology professor Dean Simonton, it was found that the more creative the individual, the more failures there’ll be in her back catalogue of innovation: “Creativity is a consequence of sheer productivity. If a creator wants to increase the production of hits, he or she must do so by risking a parallel increase in the production of misses.” If your attempts to generate new ideas, create new products and services, or make organisational changes frequently go nowhere, ask yourself honestly if they’re simply part of the innovation process and whether these ‘failures’ are in fact necessary in order to lead you towards a more successful end result next time? Consider what you’ve learned from the error, what you’ll do differently next time, and how you can communicate this learning to others in order to regain any lost trust.

“Creativity is allowing yourself to make mistakes. Art is knowing which ones to keep.”

What if you’re not the originator of the mistake, but the boss who has to pick up the pieces of an employee’s mess-up? In his book Good Boss, Bad Boss, Robert Sutton says that one of the best tests of a leader – and an organisation – is how they behave following an employee’s mistake: “People in organisations feel psychologically safe when those in power persistently praise, reward, and promote people who have the courage to talk about their doubts, successes, and failures, and who work doggedly to do things better the next time.” Be wary though, of a ‘forgive and forget’ approach, which can simply condemn people to make the same mistake over and over. “The better approach is to forgive and remember… the philosophy [the best] teams and organisations use.”

“To train competent, independent and autonomous professionals, [the superordinate] must allow subordinates enough room to make the honest errors of the inexperienced.”

Mistakes come in all shapes and sizes and have widespread repercussions, but as the following stories from the everywomanNetwork show, by cultivating resilience , there is always a way through: “I had my reservations about accepting a department transfer because I was aware that my would-be manager was someone whose approach and personality was often at odds with my own and whom I didn’t trust. But I took it, and soon we were clashing. The department was in flux and even though I was loyal and stayed the course, taking on work outside my remit and skillset, I was eventually ousted. I had to take a glaring look at my own role in the relationship and went on a process of renovating my attitude and confidence. My Plan B had always been to work for myself; it soon became my Plan A and I’ve never looked back.” – Danielle, Strategy & Consultation ‪ “I was at the point when my career was starting to flourish when I made a terrible mistake: I used my company payment card to make a personal purchase. I don’t consider it a mistake as such: mistakes are when you do something that you don’t know is wrong.  I knew my behaviour was in poor taste, unethical, and illegal. It brought my career to a screeching halt. I lost my job, housing and important relationships in the process. I hit rock bottom and had to relocate in order to make a fresh start. ‪I am only now coming out the other side, but I have learned valuable lessons about who I am, what I want, what I stand for, and what my weaknesses are. I’m also lucky that my actions didn’t damage my professional life to the point of no return.” – Sharon, Education Administration “Three months into my first ever job I was offered a promotion. I said I needed to think about it overnight. The next day, the promotion was offered to a savvier new girl who’d immediately snapped it up. That lit the ambition fires and within a few years, I was named the first female Vice President at a large Japanese consumer electronics firm in Los Angeles.” – Cheryl, Renewable Technologies

SIGN UP
PrevPreviousPersonality clashes: 5 techniques for dealing with conflict at work
NextMy working life: Worldpay San Francisco’s Flavia NavesNext
We use cookies on our website to give you the most relevant experience by remembering your preferences and repeat visits. By clicking “Accept All”, you consent to the use of ALL the cookies. However, you may visit "Cookie Settings" to provide a controlled consent.
Cookie SettingsAccept All
Manage consent