No is a full sentence – so why do you struggle to say it? 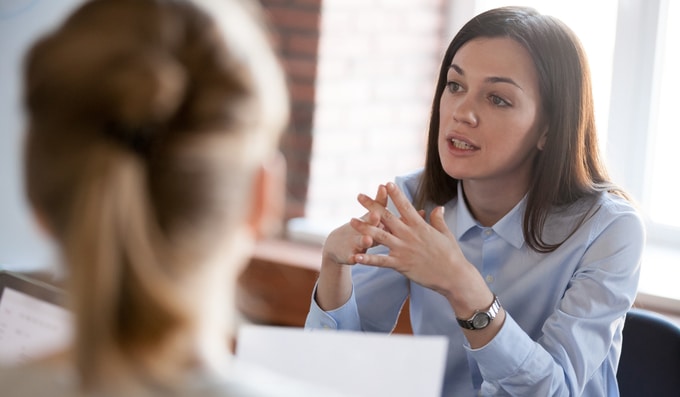 Is it important to you that you’re liked by nearly everyone in your life? Do you find it easy to describe all your own flaws but almost impossible to express negative feelings to others? Does conflict make you anxious and nervous? Do you feel like your own needs more often than not take a backseat to others’?

If you answered ‘yes’ to any of these questions, there’s a strong possibility that you’re suffering from what everywoman expert Alina Addison (AKA ‘The former queen of saying ‘yes’ when I meant ‘no’’) describes as ‘a woman’s disease to please’. The key symptom? Extreme difficulty saying ‘No’. The cure? A three-point treatment plan that gives you back your power and ability to assert control over your own life and time.

1. Recognise the problem — and that you’re not alone.

In an everywomanNetwork member poll, only 3% of participants who’d answered a series of questions relating to their ability to say ‘No’ scored as ‘Assertive’. Granted, those taking part were attending a webinar called “No” is a full sentence (available to watch on demand), so you’d expect less assertive types to show up. But what’s interesting is that of the remainder, a huge 43% came out as having this ‘disease to please’.

Straddling the middle ground, 39% have more moderate but still unhealthy ‘people pleasing’ tendencies, while 15% are a nudge closer to ‘assertive’ but are still classified as ‘pleasers’ rather than ‘servers’ (more on this important distinction later).

They key takeaway is that it’s exceptionally common to struggle with saying ‘No’, and with all the associated knock-on effects — stress, overload, anxiety and so on. Already doubting the seriousness of the problem? Heed the words of The Disease To Please author, Harriet B Braiker: ‘If you’re an approval addict, your behaviour is as easy to control as that of any other junkie.’

If you already know that you need to dial up your assertiveness, make a firm commitment to yourself to do just that, starting right now.

2. Understand the difference between serving and pleasing — and where you need to get to on the assertiveness scale

When we say ‘yes’ to every request that lands on our desks, we’re in what Alina Addison describes as ‘pleasing mode’. Successful people, she insists, are the ones who don’t say ‘yes’ to everything; rather than ‘pleasing’ they take a ‘serving’ approach. She uses an extreme example to highlight the difference: ‘A recovering alcoholic comes to dinner and says, “I want a glass of wine.” If you say, “Sure!” that would be pleasing them; not serving them.’

This is something we do on a daily basis in much more subtle situations. Your child complains that their homework is too hard. Pleasing them would be to stop what you’re in the middle of doing and do their homework with them. Serving would be to ask them to get specific about what they need and to prepare their questions ready for when you’re available to offer support.

‘There’s always a pull between a yes and a no,’ says Alina. ‘Serving takes courage and it takes honesty. We’re taught from an early age to be pleasing and pleasant — kids get praised for being good, and so we become very skilled at pleasing other people and that practice continues and it never stops. Pleasing also served us well as we were growing our careers, [but later on] it does not serve us.’

Fear or embarrassment of uttering a ‘no’ is often the driver behind a ‘yes’ we don’t mean. If you tend towards a passive stance — letting others decide for you — it can be helpful to remind yourself that in saying ‘no’, you are not aiming towards the more aggressive end of the scale (deciding for others), but rather for the assertive middle ground — the sweet spot between default and dominate where you decide for yourself. Communication from this place is firm, nice, outright and outspoken.

3. Rethinking your relationship with ‘yes’ — try these ‘no’ hacks

Time to look at the ‘how’ and some simple hacks you can use to get more comfortable with ‘no’. The first is to be absolutely clear in your own mind what is driving the ‘no’. As Alina says, ‘When you say “no”, you make room for a much bigger “yes”’. Ask yourself what you’re enabling by turning down the request in front of you. What’s the most important thing that you can get off your to-do list today that will result in you feeling brilliant, and how will that be hampered if you accept?

Next is to practice delivering a ‘no’ with as much grace as possible. ‘Thank you so much for asking me — that was kind/I’m honoured, but I’m focussing right now on something that’s really important to me, so it has to be a no.’

Another simple but powerful tool is to respond to a request with your own version of ‘No, for now…’ This can help make your refusal more socially acceptable and it leaves the door open for you to engage at a later point. You’re not saying you don’t want to be or can’t be involved; you’re simply delaying until such a time that you can commit.

Finally, once you’ve mastered the art of saying ‘no’, you have to look at your own tolerance for hearing a refusal from others. Does it feel like an attack? If it feels personal or rude, it’s time to switch up your thinking and see the no for what it is — the start of a negotiation.

SIGN UP
PrevPreviousZoom fatigue — why it happens and 6 ways we can beat it
NextQuiz: How good are your listening skills?Next
We use cookies on our website to give you the most relevant experience by remembering your preferences and repeat visits. By clicking “Accept All”, you consent to the use of ALL the cookies. However, you may visit "Cookie Settings" to provide a controlled consent.
Cookie SettingsAccept All
Manage consent