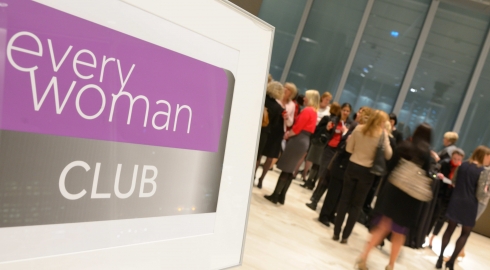 Supporting women to drive their ambition is the DNA that runs through everywomanClub. Club members lend their support to this in many ways, including Club initiatives such as the Navigator and being profiled on the everywomanNetwork.

Last night, saw the announcement of a brand new and very exciting Club initiative that will support women with low or no income to drive their careers.

Karen and Max explained the mechanics of this initiative as follows:

Karen stated “We know many Club members are already connected to and have influence in charities that support women to drive their ambitions and as such we would love your help to kick-start this initiative. We would really like to speak to you about this further so if you have any recommendations please do contact, [email protected] by 17 April.”

During the event, Karen and Max also thanked Club members for being such fantastic Ambassadors for women in business.

Karen stated, “Club members are everywoman’s Ambassadors performing the role of speakers, judges and role models at both everywoman events, and partner events that everywoman is involved in.

So far this year we’ve profiled Club members at a Modern Muse event we ran at Seaford College and at our International Women’s Day Sky event. At the FDM everywoman in Technology Awards last week we had 9 Club members on the judging panel and 2 at the round table discussion.”

Importantly, Karen and Max explained that in their capacity as role models and virtual mentors Club members are profiled on the newly launched everywomanNetwork, inspiring thousands of women in over 33 countries, looking to advance their careers.

Max stated “Over 30 Club members have been interviewed and filmed so far and they have shared very honest and truly authentic experiences and insight.  Many of have also been profiled in articles on the Network and via the Club magazine that have been viewed by thousands.

The feedback from everywomanNetwork members has been fantastic and our aim is to profile all of our fabulous Club members. If you haven’t been featured we’d love to hear from you.”

They then showed a video of a member that demonstrates the impact this insight is having, you can find this in the everywomanNetwork section of www.everywoman.com/about-us

Finally, we heard from the extraordinary Nicky Moffat CBE, formerly the most senior serving woman in the British Army. Nicky gave a very candid insight to lessons learnt from her fascinating 27 year career within the British Army. We heard how starting out she was moulded to be a cohesive team player. With 17 hour missions in the rain, she quickly learnt that if you didn’t operate as a cohesive team, you wouldn’t get home.

As she progressed she soon realised that knowledge, research and preparation gave her the confidence and credibility that allowed her to successfully navigate her way through a very male world. And as a leader she learnt the importance of accessibility and visibility to drive innovation, ownership and empowerment throughout her geographically disparate teams who had the responsibility of specific functions but were soldiers first and foremost.

Although her philosophy has always been to judge her team members on their performance and potential rather than their race, ethnicity, religion or gender, as she reached the top, to Brigadier status, she realised the importance of getting more women into the forces. This lead to her setting up a network and spending more time influencing senior leaders. Her passion for leadership and serving her country shone through – a truly remarkable woman and fantastic role model for any aspiring leader.

SIGN UP
PrevPreviousKnowing your strengths and believe in yourself
NextLeadership is not just for CEOs – 4 traits of authentic leadersNext
We use cookies on our website to give you the most relevant experience by remembering your preferences and repeat visits. By clicking “Accept All”, you consent to the use of ALL the cookies. However, you may visit "Cookie Settings" to provide a controlled consent.
Cookie SettingsAccept All
Manage consent