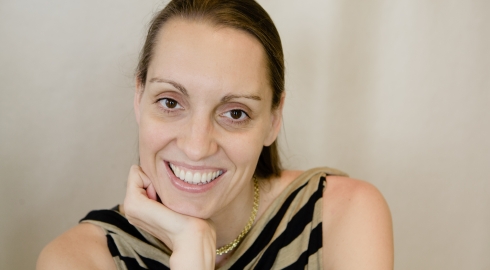 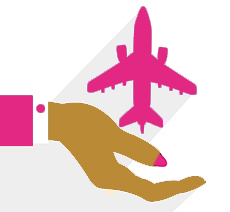 Officer. The business began life as a boutique hotel guide publisher and in 2005 expanded into an online travel booking service. In 2009, Tamara and James launched their first international office before going on to launch three more. In 2014, they were awarded MBEs for services to the travel industry. We caught up with Tamara, winner of the 2013 FDM everywoman in Technology Awards Team Leader of the Year in an SME to find out how she turned a love of travelling the world into a hugely successful international brand.

On the early days

It was a case of love at first flight for Tamara who discovered her travelling gene as a schoolgirl. ‘I feel like I’ve been a traveller since the age of 11 – the age I first got on a plane,’ she says. ‘I remember having all my tickets and my boarding pass and just feeling like, “This is the most exciting thing in the world!” It stayed with me and never went away.’ Unsurprisingly, Tamara’s wanderlust translated into a love of languages – her natural choice of subject to study at university. She opted for French and Spanish which led to her first real post-university job for an energy drink brand in Brazil. 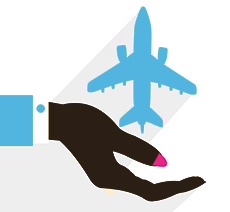 She recalls, ‘I didn’t have any real experience at the time; I think I was pretty much given the job because I could speak Portuguese but I wasn’t nervous, I was the opposite – it was all just SO exciting. The office was in Sao Paolo and I remember thinking, “This is just like a film.” I was travelling, seeing new places, using my languages, which I adored, learning new things every day – it was my dream job.’

And it taught her a valuable early lesson about the importance of being adaptable. ‘I became aware of some fascinating cultural differences – one of which was that Brazilians have different palates to us in the UK and Europe. The product we were putting out there had originally been created for a European market and we quickly learnt that Brazilians prefer their drinks much, much sweeter. It made me realise how important having an open mind and responding to someone else’s culture is. It’s something I’ve taken through with me into Mr & Mrs Smith.’

Being fluent in another language is not essential for a global career – but it certainly gives you a little je ne sais quoi, believes Tamara. She says, ‘Having a language gives you a certain mental framework; it informs you that not everything has to be rigid. If, from a very early age you can say ‘butterfly’ in two different languages – two different words that mean exactly the same thing – then you start to understand the nuance of language and it really opens your eyes to the idea that there are other things out there. Working globally and travelling allows you to experience so many new things and takes you out of your comfort zone. Change is now not something that concerns me or makes me in the least bit nervous.’ 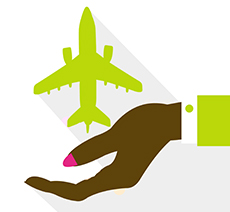 It comes in handy when Tamara conducts business in France and Spain too. ‘Knowing a language makes things easier because things flow just that little bit more freely. However, if you don’t have a language it certainly shouldn’t put you off wanting to enter the travel industry. I would never say it was a pre-requisite. Owing to the fact that Mr & Mrs Smith is such an international business and because the international language of business is English, it never felt like we couldn’t have launched without my languages. After all, we started out working with UK hotels.’

On taking the business into new territories

After four successful years trading as a high-end travel guide and hotel booking service, Mr & Mrs Smith made its first foray into international waters in 2009 when it opened its Melbourne office. The decision was a no-brainer for Tamara. ‘By this point we realised that if we wanted to have a global collection of hotels and find boutique spaces around the world then we had to take the business out there rather than doing it all from the UK. The hotels are our customers as well. We get paid by them to bring in our business and in order to have a relationship with your customers you need to be able to talk to them.’ 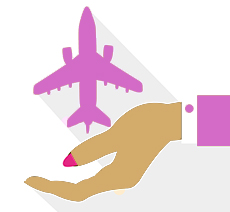 Tamara’s advice to others looking to launch in new markets is getting a team member out there, on the ground, who speaks the ‘local language’. She says, ‘It comes back to cultural sensitivity and a way of communicating. Even in Australia, you need someone who speaks Australian-English rather than British-English. Communication with our Australian customers would have been extremely difficult without having a presence there. When you’re based in London but have business in other parts of the world, you’re simply not close enough.’

She adds, ‘When it came to taking the business global we also realised that we couldn’t fill hotels in the Australasian and pan-Asian market with a purely British database. For instance, we had a lovely hotel in Bali – a big holiday destination for Australians – and because we had an office in Melbourne we were able to fill that hotel with Australians. Obviously we would still promote the same hotel to our UK customers but for them it would be a much more considered purchase.’

The move into Australia was expertly facilitated by former Lonely Planet publisher Simon Westcott, now Mr & Mrs Smith chairman, who approached Tamara and James just as they were on the verge of expanding their Australian booking call centre. ‘Simon had launched Lonely Planet and was in England looking into new business ventures. He loved the brand and said he wanted to launch the Australian office. It was both opportunistic and serendipitous!’

On maintaining your brand identity around the world 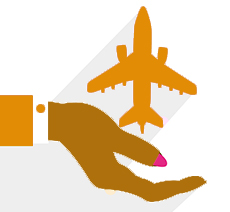 Taking her much-loved brand global was not without its trials and tribulations for Tamara. ‘The main challenge of launching outside the UK was maintaining the consistency of the brand and making sure all our international teams felt a part of that brand. It’s essential that your international offices communicate your brand direction but when your teams are far away it can be quite a difficult balance. We needed to nurture those teams so they felt as much a part of the business as those at our London head office,’ she says.

How does she get round this? ‘We have regular catch-ups with our international staff and visit whenever we can. On a daily basis, we make sure we’re always sharing so that everyone is kept right up to date and no one feels left behind. We’ve also had to get our communication with the Australian office nailed down because for six months of the year we only have an hour of crossover business time. Our Melbourne colleagues are the first people I respond to when I check my emails in the morning; that way there’s the potential for them to action any requests. Saying that, I still find myself doing 3am conference calls – it’s inevitable!’

There hasn’t been a Mr & Mrs Smith global office party yet but it’s something Tamara would love to get in the diary one day. Finances permitting! ‘It would be a total morale booster – but unfortunately it would also be very expensive so we might have to put that one on hold for now,’ she laughs.

On expanding the brand into more new markets

Plans to expand Mr & Mrs further afield are now in place. ‘We’re looking at three key new markets – Germany, China and Brazil – and we’re deciding which to launch first,’ says Tamara. ‘We’ll be spending the next six to eight months researching and getting the business plan together.”

It begs the question, would Tamara be tempted to come full circle in terms of her very international career and move to Sao Paolo to set up the Brazil office? ‘If the business were a lot smaller and I didn’t have children that would have been nice but you know I feel I’ve quenched my South America thirst a little. Going over there and helping someone to set up the office, however – that would be exciting!’

On the best way to switch off…

Tamara and James are parents to two young children – and Tamara says her kids offer the ultimate way to forget the office after a day of global business. ‘When you have kids they help you to switch off because they don’t allow you to not switch off,’ she laughs. ‘When you get home it’s such an assault on the senses – but of the best kind! They require 110% of you and I’m grateful for it. Before we had kids, James and I would often come home, fire up the laptops again and talk about work. Now that just doesn’t happen!’

SIGN UP
PrevPrevious8 golden rules for running brilliant brainstorms
Next7 ways to unleash your team’s creative sideNext
We use cookies on our website to give you the most relevant experience by remembering your preferences and repeat visits. By clicking “Accept All”, you consent to the use of ALL the cookies. However, you may visit "Cookie Settings" to provide a controlled consent.
Cookie SettingsAccept All
Manage consent