Microsteps: Change your life & smash your goals in five minutes or less 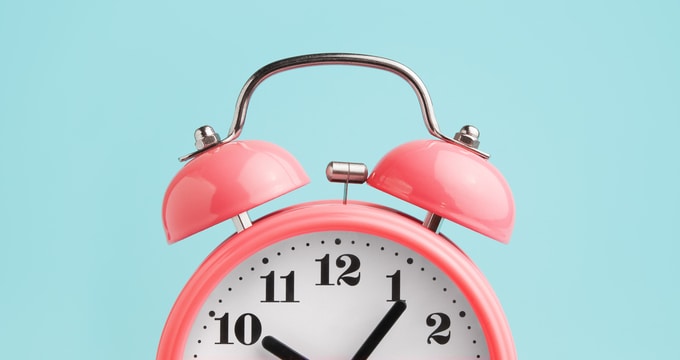 ‘Neuroscience shows that we can course-correct from stress in just 60 to 90 seconds,’ says Arianna Huffington, founder and CEO of Thrive Global. ‘So focusing on the rising and falling of our breath, even for 60 seconds, activates our parasympathetic nervous system, which lowers our levels of the stress hormone cortisol. I use this all the time.’

It’s the ultimate quick fix, and an appealing prospect if you’re time poor and feeling the pressure — as women often are. Our always-on culture, shored up by smartphone usage, is pushing some to breaking point. A survey by global health service company Cigna concluded that 87% of women aged 35 to 49 feel stressed at work. Combine this with the fact that heterosexual women still take on most of the cognitive and emotional labour at home, and it’s easy to see why so many of us need to make big changes in our lives, but don’t have the time, energy, or focus to implement them.

This is when microsteps can be invaluable.

Huffington describes them as ‘small, incremental, science-backed actions we can take that will have both immediate and long-lasting benefits to the way we live our lives’ — and paying attention to your breathing is just one example.

Essentially, microsteps start with a bigger goal in mind. Let’s start with a specific desire — you might want to reduce your stress levels, increase the amount of exercise you do in a week, or learn a new skill. At this point, it’s helpful to know your ‘why’. Why do you care whether you achieve this or not? It’s easy to find yourself drifting in a particular direction because you (or other people) feel you should. Take stock and focus on something that will enhance your life — something that puts a smile on your face, gives you energy, or creates a sense of lightness in your body and/or mind.

And then, rather than run the risk of a monumental stand-off with a goal that feels insurmountable, you ‘take a smart step as quickly as possible towards that goal’ (Forbes). That first step should be easy, accessible, and repeatable. It draws on whatever resources you already have at your disposal, be that knowledge, skills, or time. To quote Arthur Ashe, the first (and only) African American male tennis player to win the US Open and Wimbledon singles titles: ‘Start where you are. Use what you have. Do what you can.’

However, that first step is just the start. Microsteps are essentially about forming a habit which involves doing that one small thing on a regular basis — or using it as a springboard to kickstart another small step.

Not sure you’ve the willpower or the energy to introduce something new into your already busy life? Here are four reasons why you can.

The big takeaway from all of this is the importance of focusing on what mindfulness teacher and self-care activist Shelly Tygielski calls ‘evolution’ rather than ‘instant resolutions’. Small steps that are attainable and don’t overwhelm you can add up to big results and impressive gains. Repeatedly putting one foot in front of the other, you build momentum and establish a steady path to success. Even one small adjustment in behaviour can set your life on a very different trajectory.

‘Incremental change is always more impactful than grand gestures,’ Tygielski explains. ‘I can attest that people who fail at making changes in their lives are those who fail to instil new habits. And those who are unsuccessful at instilling new habits often find themselves failing because they try to do take on too much, too quickly or all at once.’

The magic of microbreaks

Microbreaks are short time-outs (five minutes or less) when you can enjoy what’s known as ‘psychological detachment’ and disengage from your work to give your brain some recovery time. With a 2021 CNBC survey revealing that over half the female working population in the US is suffering from mental health problems to the point of burnout, it’s clear that the need for stress reduction has never been greater.

Guidelines for microbreaks are simple. As well as short, they should be voluntary, and pausing for food and drink doesn’t count — this won’t have the same positive impact as looking out of a window, chatting to a colleague, watching a funny video, or doing a few stretches — all of which have been shown to improve concentration and productivity, reduce stress, and increase positive feelings. And the positive effects were most noticeable in participants already tired from a bad night’s sleep or not particularly engaged with the work they were doing.

It’s something for managers to bear in mind. As noted by Sophia Cho, an assistant professor of psychology at North Carolina State University: ‘…a five-minute break can be golden if you take it at the right time. Our study shows that it is in a company’s best interest to give employees autonomy in terms of taking microbreaks when they are needed — it helps employees effectively manage their energy and engage in their work throughout the day.’

Expand your mind with microlearning

Studies suggest that the average attention span is around 20 minutes — although Zoom fatigue has been blamed for a fall in average learning session times to just eight minutes. Recent Stanford University research reveals that the shift to virtual meetings has taken its toll, particularly on women, with one in seven feeling ‘very’ to ‘extremely’ fatigued after Zoom calls, compared to one in 20 men.

Microlearning, based around the Forgetting Curve theory of psychologist Hermann Ebbinghaus, caters for our weary butterfly brains with structured content that’s engaging, mobile friendly, and easy to digest, usually in the form of video, self-paced e-learning courses, or images. Plus, it’s delivered in short bursts of around five minutes that fit around whatever else you’re doing.

According to research, the condensed nature of the content improves the retention rate. Its brevity also makes it easy to revisit, and each time it’s reviewed, the neural pathways that help us learn new things are strengthened and become easier to access when we need to recall information.

With courses that include leadership, management, digital skills, and equality and diversity, microlearning can be a powerful way to upskill in stolen moments of downtime.

If you’re not yet sure how to use microsteps to your own advantage, these five examples might inspire you…

THE GOAL: To feel more in control of your day

For two minutes, first thing every morning, coach and author Emily Madill chooses to focus on gratitude and then imagine the emotion she most wants to feel.

‘My microstep experiment helped me realise that the most important part of any morning routine is to appoint yourself in charge of your own happiness — and to do it early in your morning, preferably as soon as you open your eyes.’

THE GOAL: To reduce stress and anxiety

THE MICROSTEP: Pause the negativity

Executive Monique Johnson used microsteps to become more intentional about her thoughts during the challenges of 2020 and 2021 caused by the Covid pandemic rather than letting worry run the show. Rather than dwelling on the daunting nature of the situation, she paused and then asked herself ‘What has this year come to teach me?’

THE GOAL: To save for a holiday, birthday, or special event

THE MICROSTEP: Choose a microsaving app

Lawyer and entrepreneur Marelisa Fabrega extols the virtues of saving a little and often. An upgrade from the old-fashioned ‘spare change in a jar’ approach, microsavings apps use AI to monitor your spending, rounding up transactions and transferring small amounts from your check account to a savings pot. Some also allow you to schedule token transfers when you spend money on a particular product or service — for example a morning coffee or a workout. ‘Drop by drop,’ says Fabrega, ‘money will be saved for you, and you will barely realise that it’s happening.’

One of the first female F-14 Tomcat fighter pilots in the US Navy, author Carey Lohrenz believes multi-tasking is a myth. If you’re on a Zoom call, checking your emails and working on a spreadsheet, you’re actually ‘task switching’, she says, toggling from one task to another. But when you allow your attention to jump around, it can disrupt your focus and derail your mental ability for up to 30 minutes. You become less efficient, waste time and get more stressed. The remedy, explains Lohrenz, is to choose the most important task in that moment.

‘If you’re not focusing on the one thing that matters most right now — in other words, if you’re not actively determining and then prioritising what is most important — you’re working against your own precious cognitive energies and diluting your power.’

THE GOAL: Support your mental health

THE MICROSTEP: Acknowledge your limits

Coach and mediator Armida Markarova asked her 94-year-old grandmother how she managed to stay in such good mental shape. The secret, the older lady said, was to know the difference between what you can and can’t control. Markarova now takes time each day to identify where these areas are for her. ‘I make a list of various elements of my job and life that will remain perfectly manageable, she says. ‘The small ritual shifts my mind from what’s lacking to what I still have.’

SIGN UP
PrevPreviousQuiz: Which of the six traits of inclusive leadership is your strongest?
NextQuiz: How happy are you?Next
We use cookies on our website to give you the most relevant experience by remembering your preferences and repeat visits. By clicking “Accept All”, you consent to the use of ALL the cookies. However, you may visit "Cookie Settings" to provide a controlled consent.
Cookie SettingsAccept All
Manage consent