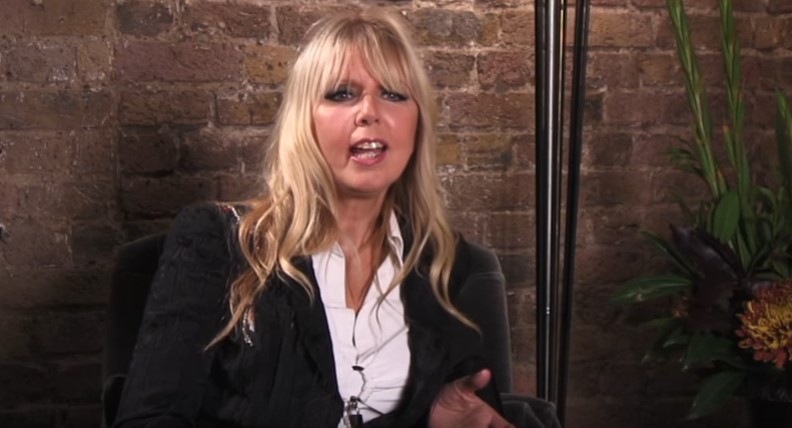 Maria Kempinska MBE, Jongleurs founder and Modern Muse patron, on how she became queen of comedy – and why humour has the power to change the world for the better.

Like boardrooms and professional kitchens, comedy has traditionally been considered the preserve of men. The comedy pantheon may now include Jo Brand, Sarah Millican and Catherine Tate, but it is still a rare woman who braves the often-brutal stand-up circuit.

Maria Kempinska may work her magic from behind the scenes, rather than on stage, but she believes passionately in the power of humour — which is rather important given that she is founder and CEO of Jongleurs, the comedy club empire.

Maria was just 28 years old when she made the leap from English and drama teacher to entrepreneur in 1983. She says that her experience in teaching and staging performances had gone some way to prepare her for life in business, as had support from friends in the world of marketing and advertising. But a lot of it was trial and error.

There was nowhere to turn to for advice, especially for finance or long-term agreements and especially in the arts and leisure industry. It was a very male-dominated industry.

She persevered and, almost 30 years on, Maria and her company have seen plenty of highs — and a few lows. For highs, look no further than the fact that Jongleurs helped launch the careers of Fry & Laurie, Graham Norton and Frank Skinner. (Maria’s personal favourite is Eddie Izzard, who she says “takes my thinking and twists and turns it into a different shape”.)

The most notable low was probably the sale in 2000 of the then eight Jongleurs venues to Regent Inns — the owner of the space above the Battersea pub in which Maria set up her first club. Nine years later, Regent Inns went into administration.

It closed or sold a number of clubs, leaving Maria and her business partner, John Davy, with nothing but the corporate identity and some hefty staff bills. So Maria set about rebuilding Jongleurs.

Maria says it was more scary than frustrating to have to start from scratch. “In that moment, I thought: ‘How am I going to get someone to trust that I will turn this company around, build more clubs and create an even better brand?’” she recalls.

I think that was the biggest challenge, because I had so much to lose. And I am so fortunate, because people did trust me.

From those challenging times, Maria hasn’t looked back. As well as its 12 traditional venues across England, Scotland and Wales, Jongleurs now has a presence in five-star hotels through its Jongleurs Posh division; its Jongleurs On Tour stand-up shows travel the UK; and Jongleurs even performs on cruises and in holiday destinations. Maria has even had a few nibbles from companies in the US. But the biggest development at the moment is the new Jongleurs club above the Sports Café in London’s Haymarket — prime comedy real estate. “This is our first central London venue,” says Maria. “We’ve been in Camden for years, but now we’re absolutely central. I can’t tell you how exciting that is.”

While she is constantly looking to expand the business (“I would like to see Jongleurs globally,” she says), Maria is just as interested in how comedy can bring light to our current dark times. She is creating a ‘school of comedy’ workshop for homeless people, combining her teaching experience with her qualification as a psychotherapist. “I want to create something that has therapeutic value,” she says. “If we can help people find a more humorous, lighter side of their life that takes them away from the dark side, I’d be happy.”

This urge to connect makes Maria a natural everywomanClub member. Having built up the Jongleurs empire not once, but twice, she was an ideal contributor to the Navigator guide. “The number one thing is to absolutely love what you do,” she says. “Use every element of yourself to talk about your product and publicise it, because you are your business, at least initially. Every time someone meets me, I represent Jongleurs.”

She says she loves belonging to Club because it is a group of likeminded women who are all on the same level. “They understand what it is like to juggle a family and a business — all the stuff that goes with being a woman,” she says. “I also like the fun side of it — the shoes, the make-up, the fashion — and the fact that everywoman doesn’t try to force women to look a certain way. They accentuate our individuality and femininity.

“I think we absolutely need to support each other and get to the top, because we need the feminine in business,” she adds. “That’s where I want to take it — to understand that we can work alongside men. I’m not here to do female power on its own. To work alongside and bring women up with me would be great.”

SIGN UP
PrevPreviousInsight Into Leadership: Anne Walker MBE
NextAn Insight into Self-Confidence from everywomanClub Member Rebecca SaltNext
We use cookies on our website to give you the most relevant experience by remembering your preferences and repeat visits. By clicking “Accept All”, you consent to the use of ALL the cookies. However, you may visit "Cookie Settings" to provide a controlled consent.
Cookie SettingsAccept All
Manage consent