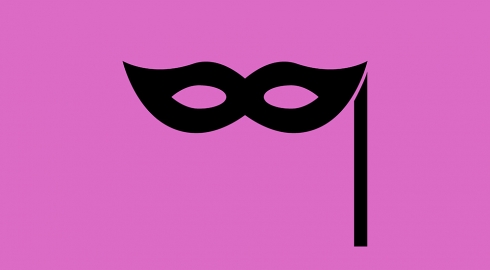 I first attempted suicide at the age of seven. 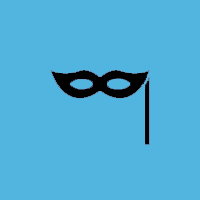 expression of pain. As a teenager I was dismissed as a ‘drama queen’. Ashamed and scared, I didn’t seek medical help until my mid-twenties. Within 48 hours of receiving treatment for ‘depression’, I was floridly psychotic; anti-depressants on their own can have that effect on some people with bipolar disorder. In a way, the psychotic episode was a blessing; it enabled a diagnosis that ended lost years, throughout which I’d had no name for what was happening to me. My experience isn’t uncommon; it typically takes 13 years for someone with bipolar to get a diagnosis.

A common misconception is that bipolar causes ‘low’ depressive bouts, followed by periods of extreme happiness – the ‘highs’. In reality, ‘highs’ are characterised by dangerous mania, during which I’ve done some bizarre things and taken major risks with my life and health. On the flipside, my highs could manifest in abundant clarity, creativity and being able to work 15-hour days for extended periods. If I could bottle those moments and sell them I would, and that’s the payback of bipolar disorder – but it’s fleeting. The danger is in the tipping point, which can come in a nanosecond and without warning.

Prodigious highs aside, I was a top performer; perceived by line managers as competent, capable and steady. My career was going from strength to strength and if I felt myself slipping, I’d manage my meds and slog through. In my personal life I’d yo-yo between taking crazy chances and not being able to get out of bed, but where work was concerned I never missed a day. I was terrified I’d lose everything if my illness became public knowledge and so I never complained about punishing workloads or long hours. 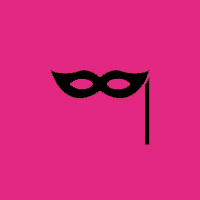 Several years into a job I loved, a colleague began to bully me. She found me at a low point and her behaviour became insidious. I was scared of speaking up for fear of not being taken seriously, convinced that my line manager would see my distress and question my mental health. Eventually I made a complaint. The attitude of my manager was ‘Can’t you girls just get along?’. When the bullying became more serious, witnesses went to HR. The subsequent investigation lasted eight months, during which I continued to share desk space with my bully, until she was eventually dismissed. But once the case was closed, I was treated differently. Management blamed me for upsetting the status quo.

After a lot of soul-searching, I decided to disclose my illness. I wanted them to understand the impact the bullying had had on me – not just as a person, but also as a person with mental ill-health. Instead, my colleagues’ perceptions of me changed. I came to be viewed as over-sensitive and erratic; despite the way the investigation had gone, the bullying was now called into question. The reaction floored me. I resigned and cried all the way home. I adored my job and the organisation, but staying was no longer an option.

Some years into my next position I found myself once more managing my illness and recognised as a top performer. One day a colleague approached me. She knew that I had some knowledge of mental health and wanted advice on dealing with someone in her life who was struggling with a serious mental health problem. Over coffee she worried that her friend was never going to have a normal life. Hoping to give her confidence in the situation, I told her about my illness.

My decision to open up was one that would have huge repercussions.

The next day I was called off the road to a meeting. Taken to the ‘fishbowl’ – a glass room in the centre of the open plan office – I found my line manager sat between the CEO and two members of HR. The colleague who’d sought my advice 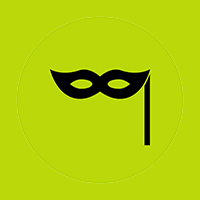 had disclosed my condition to the board, whose members decided that as manager of their biggest account, I was ‘too much of a risk’ to the business. My fighting instinct kicked in. I listed my achievements – two pay-rises in as many years, promotions, successful ownership of critical projects, not to mention the fact I’d managed my illness so well it had gone undetected.

All sorts of accusations were levelled at me. My entire history at the company was reframed by my illness – stressful occasions when I might have had a bad day, or something as minor as a little rant after a difficult meeting, were reclassified as ‘symptoms’ rather than common work behaviours.

In the end nothing I said mattered – they sacked me. A lawsuit was out of the question; my field is small and I couldn’t afford to alienate myself from future employers. But I did demand compensation, and we reached a settlement.

It was a no-brainer for me that the money was going to launch my own business. The organisations I’d worked for couldn’t be the only ones in need of urgent help with their employee wellbeing policies. Despite being headhunted by a rival organisation, I knew I never again wanted to work for anyone else. Within seven days of being sacked, my consultancy was in operation. It was the single best thing I’ve ever done. 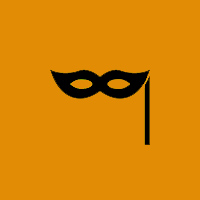 I’m proud of what I’ve achieved.

It’s music to my ears when a client tells me they had no idea about my bipolar disorder, and I’ve also let go of the fear of my condition becoming known.

Despite the pressures of running a business, these days I’m much better placed to manage my condition. There are various states of bipolar that can change throughout life. I was once a ‘rapid cycler’ (going from extreme highs to extreme lows in a matter of days); I now have what we call ‘mixed states’, meaning that I can be high and low at the same time. And every year, during the same four-month period I have regular suicidal impulses. It’s exhausting, but having the flexibility to manage my own time means I can prepare for those brutal months, clear the decks for the periods when I may be unwell, and pass new business to other consultants if I know I’ll struggle to fulfil a job.

My vision is of a world in which employers see that there is huge value in having employees with mental health problems meaningfully contribute to their organisations; resilient employees who’ve survived such tough challenges are huge assets. I’d love to see the day when someone with a mental illness can be comfortable calling the office to let their manager know they’re struggling with symptoms or the side effects of their meds. If my consultancy can play even a small part in creating that world, that would just be amazing.

The everywomanIncognito series allows women to discuss personal aspects of their career development in complete anonymity. We welcome submissions from everywomanNetwork members on a range of topics. Get in touch if you’d like to find out more about Incognito or would like to suggest a story.

The 60-second phonecall which turned me into a great leader

Our inaugural anonymous everywomanIncognito column is a must-read which continues to inspire.

SIGN UP
PrevPrevious7 ways to unleash your team’s creative side
NextBuilding your executive presenceNext
We use cookies on our website to give you the most relevant experience by remembering your preferences and repeat visits. By clicking “Accept All”, you consent to the use of ALL the cookies. However, you may visit "Cookie Settings" to provide a controlled consent.
Cookie SettingsAccept All
Manage consent