On leading the charge, with Dame Moya Greene 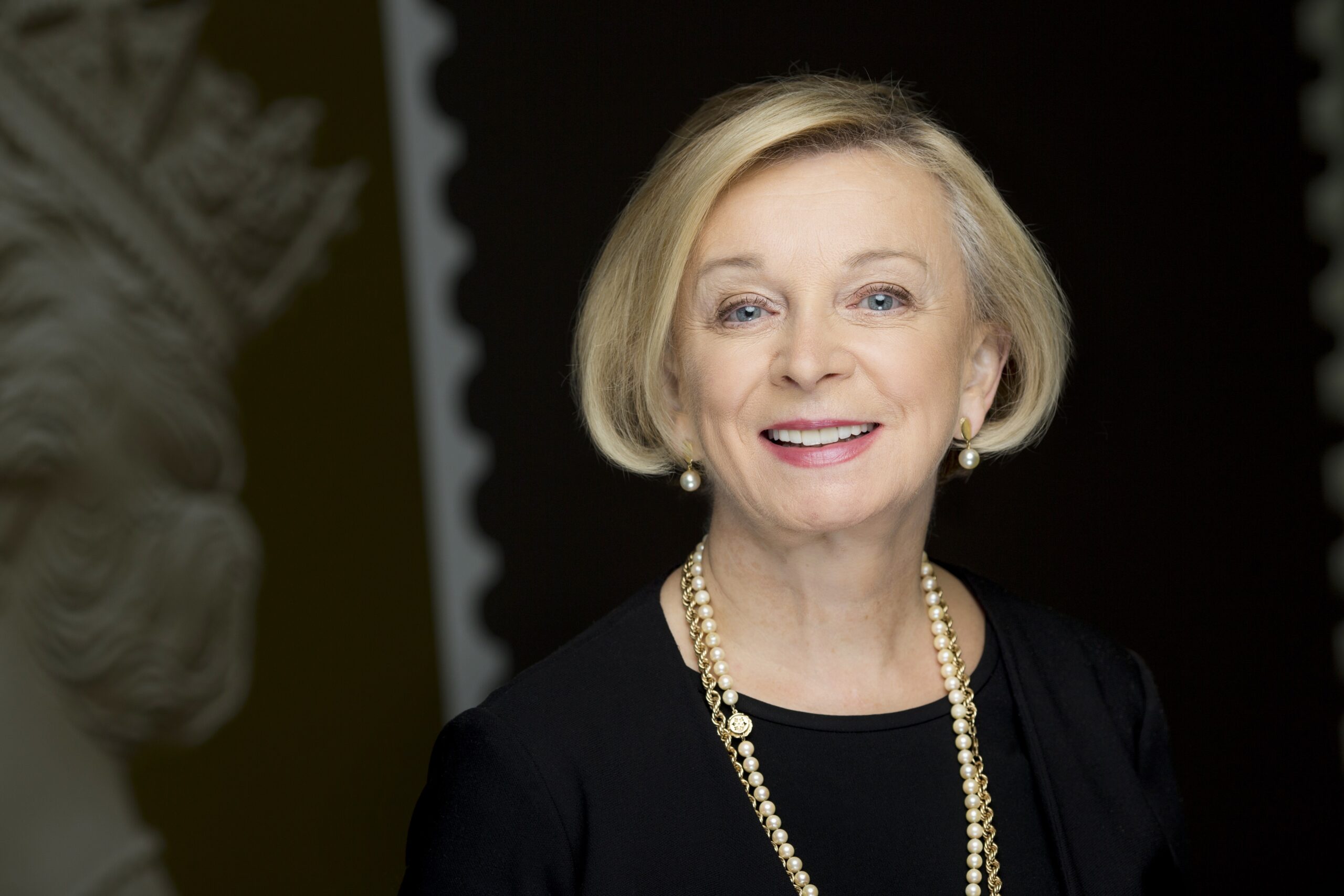 When Moya Greene was hired as the CEO of Royal Mail, she joined a centuries-old British institution that was facing huge challenges, including a decline in revenue from letters; a pension deficit and huge competition from Amazon. Greene – who had previously worked as head of Canada Post and assistant deputy minister for transport – was tasked with privatising the company; a job that had been in the pipeline for some years, but which had faced opposition from the union.

So, a considerable role for anyone to take on, but Greene would also be the first woman to take the helm, and the first non-Briton. Was this all part of the appeal?

‘Taking on the role wasn’t a hard decision to make, as I love anything to do with transport and logistics,’ says Greene. ‘The Royal Mail is a cherished institution that taught the whole world how to move messages and goods around counties and internationally. The people there are some of the most trusted in Britain and the chairman at the time, Donald Brydon, was fantastic. I knew I would enjoy immensely any board that he was leading.’ The role turned out to be ‘everything [Moya] had hoped for and more’, and in 2018 she received a Damehood for services to business and to the postal sector.

One reason Greene’s tenure was so successful, was her ability to talk to those ‘on the ground’.

‘I always knew that in businesses like these, where thousands of things have to go right every 30 minutes of a 24-hour day, it’s the people on the ground that make it possible,’ says Greene. Royal Mail wanted to modernise, and that couldn’t be done ‘From an ivory tower… You can only gauge how fast you can go and where you have scope to push new technology by being out in the field and taking the temperature of various parts of your organisation. So [as a leader], you have the pleasure and responsibility of talking to people.’

When she stepped down from the Royal Mail, Greene left just six female FTSE 100 CEOs in her wake. [That number has since dropped to five, after the resignation of Véronique Laury from Kingfisher.]

Greene took a proactive approach to developing female talent in her organisations. ‘[As a leader] in operational businesses, you have to see the talent and experience, know it’s going to work and proactively encourage women to give it a go.’ Greene often encouraged women to take on roles that women were, traditionally, less inclined to go for. ‘Sometimes they surprise themselves, not only by doing really well, but by loving it.  That success then breeds more success.’

Adapting to change is a key element of Greene’s leadership style. In an interview in 2012, Greene explained that, if you worked on ‘flexi time’, you couldn’t expect to reach the level of, for instance, Chief Financial Officer. ‘I was wrong on that,’ she says now. ‘It was too much of a traditional view, but also a lot has changed in the eight years since then.’

The tools at our disposal now, she says, mean employees can stay connected outside of the ‘normal’ 9-5pm hours, and ‘we all have to adapt our thinking and be a bit more open to using tech to help both women and men to combine their careers with raising families or their personal pursuits’.

‘Paying women less for doing the same job as a man is more prevalent than I thought,’ says Greene. ‘We’ve had legislation on this in the UK and in Canada for decades… but companies are still doing it if they think they can get away with it and the situation is even worse for women of colour and disabled women.’

Whilst reducing the gender pay gap will require societal and cultural changes over the years, says Greene, ‘equal pay for equal work is something we should have nailed… we’ve got the laws on the books, they’re just not being applied with rigour.’

The central component of the campaign is the site, metoopay.co.uk, launched in October 2018, which will act as a ‘hub for action’ that works to educate people on the true scale of the problem; offer advice to women who feel they’re being paid unfairly, and advise managers on how to detect and address pay discrimination within their organisation.

‘We want to create a go-to site for information,’ says Greene. ‘How to negotiate; how to raise concern if you think your compensation is discriminatory, how to prove it. We’d also like to help women and managers generally with their compensation decisions.’

Pushing for transparency is also a primary objective of #MeTooPay. ‘In her book, Carrie Gracie [who resigned from the BBC over pay discrimination] says, “We’d almost rather talk about anything other than pay”,’ says Greene. ‘But we have to become more open so we can put more facts on the table. We need to talk about tribunal cases and the kind of evidence you need to have, plus discuss ways to get your pay dealt with, without having to go to a tribunal and without having to risk your future career.’

Currently in its early stages, the long-term aim for the campaign is to maintain momentum and keep gender pay discrimination at the forefront of the public consciousness, in order that illegal pay discrimination becomes harder to practice.

‘When you shine a light on something, only then are you likely to get it changed,’ says Greene. ‘This campaign is part of shining the light.’

Find out more at metoopay.co.uk

SIGN UP
PrevPreviousSilicon Tips from Aislin O’Connor
NextFrom Founder to Facebook: Following My Passion for CommunityNext
We use cookies on our website to give you the most relevant experience by remembering your preferences and repeat visits. By clicking “Accept All”, you consent to the use of ALL the cookies. However, you may visit "Cookie Settings" to provide a controlled consent.
Cookie SettingsAccept All
Manage consent