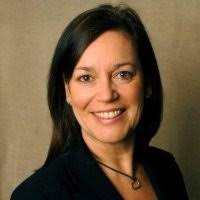 With women in travel occupying only 5% of executive board positions, the industry needs successful female role models who can broaden the conversation and strengthen the industry. Jane Burnell-Fraser, Toronto-based Vice President of Global Luxury Sales at Hilton, is one of those leaders. Here she reflects on her own incredible career trajectory, and how women can contribute more to the industry

‘I had to work smarter,’ says Jane Burnell-Fraser, referring to how early in her career her strategy was to learn all she could from her superiors and anticipate how to use it in the future.

She further explains, ‘I used my early roles as an opportunity to watch and learn from my superiors. I was still doing my job, but studied my superiors and focused on understanding what was going on at their level. I started to replicate what they were doing in small ways which helped me develop quickly and stand out.’

The strategy developed as her career grew. Jane recalls very consciously putting herself in the next role before it had even been created. By carefully observing what was going on in the business, she was able to anticipate future needs, making sure she skilled up in those areas before raising her hand at the right time.

And she positively encouraged her own deputies to be snapping at her heels, waiting for their own opportunity to move into her shoes, because it meant there was a succession plan. Jane explains, ‘I’ve always tried to make sure there’s someone great ready to step into my shoes to support the growth of an individual and the company.’

Jane’s happy to admit that she’s missed out on opportunities too. She recalls in those cases where she was disappointed, while it didn’t feel good or fair, the disappointment taught her a valuable lesson about taking your eye off the ball.

‘I hadn’t understood the networking matrix that was going on around me. When I look back now, I look to myself. I should have been ready for that,’ she recounts. ‘You’re in charge of your own destiny and learning from your mistakes always provides opportunity.’

Jane also acknowledges women do need support to thrive in this sector, and recognises that key people who care about helping up others have been instrumental in her career.

‘In the early days of my career I got a lot of confidence from people I was working around who made me feel I could do more,’ she remembers.

Is she conscious of a need to pay that forward? Jane enthusiastically responds, ‘Absolutely. I am an unofficial mentor to junior leaders and other women coming up in the ranks that need support and connections to help their growth and development.’

That kind of support is very much needed for women in travel. While they represent 70% of the entire travel sector in the UK, for example, that number falls to single digits when you look at the top tier of organisations.

There are undoubtedly gender specific reasons for that – unconscious biases and numerous other challenges that keep women away from the table. But there’s another issue too, says Jane, ‘The higher up you get, the fewer positions there are, and people tend to stay around a really long time in hospitality; there’s often not a lot of movement.’

Ever the strategic thinker, Jane believes that canny career future-proofing is the antidote to getting stuck behind a non-mover while your progression stalls.

Her advice to the next generation is, ‘Don’t box yourself in. It may be that you need to grow somewhere else, and come back again. Ask yourself: “How can I become more marketable? What do I need to know that’s not even on my radar?”’

Building successful networks is a major factor in this industry, she says. She likens it to saving money. She advises, ‘You have to start early, to get the benefits later on. Those juniors who started out with you, they get promoted, they move around to different companies and grow in their careers. Some become very senior people. If you keep connected early, it’s like banking currency. Keep in touch.’

There’s clearly opportunity to continue to push gender parity, but Jane feels a change of temperature where diversity is concerned. She recalls a time when she’d be the only female around the table and it went uncommented on. Now it is different, particularly at Hilton, where diversity is a key focus for the company.

‘I’m so proud to share that Hilton was recently named the Number 1 Best Workplace for Women in the U.S by Fortune and Great Place to Work®. I can tell you first hand that this recognition is a result of Hilton’s continued investment in women-focused initiatives, a robust program of partnerships, learning and development options and industry-leading benefits.’

With teams scattered all over the globe, one of Jane’s biggest challenges is remaining accessible as a leader. Calls from multiple time zones keep her busy day and night. And while she and her teams work incredibly hard, she’s conscious of injecting light-heartedness into the day too. She believes that rather than having to choose between calling the shots and being someone’s friend, there’s a balance to be struck, and if you get that right, you get the best out of people.

‘That’s something I’ve tried to figure out,’ Jane explains. ‘My teams have benefited, I think, from me being able to switch gears between “Ok guys, this is serious, we’ve gone off track,” to “Let’s have a fun breakout in this meeting!”.’

1. Recognise the movers and shakers in your network and don’t be shy about reaching out to them. ‘Periodically, I’ll keep in touch with people on LinkedIn, particularly if I’m thinking about future roles I need to recruit for,’ she says.

2. Be open to the fact that others can see your blind spots. ‘I remember one boss telling me I was ambitious. I was kind of offended in a way, weirdly. [But he was] simply acknowledging where I’d come from and intended it as a compliment.’

3. Build trust with your employer if you want flexible working. ‘There’s still that perception that people who work from home aren’t working hard. But once you establish trust and you’re producing, that’s when working from home can get the most out of someone. The reality is, if you’re the type of person who can work from home, then you’re going to be working really hard and you have to know when to stop working and put down the laptop.’

The everywoman in Travel Awards Finalists were announced on 1 October 2019. See the finalists line-up here.

For more information on partnering on the Awards or to book a table, click here

SIGN UP
PrevPreviousAmanda Leacy, Global Inclusion and Diversity Lead at Accenture
NextAsk the everywoman experts: How can I focus more effectively on the big picture as a new senior leader?Next
We use cookies on our website to give you the most relevant experience by remembering your preferences and repeat visits. By clicking “Accept All”, you consent to the use of ALL the cookies. However, you may visit "Cookie Settings" to provide a controlled consent.
Cookie SettingsAccept All
Manage consent