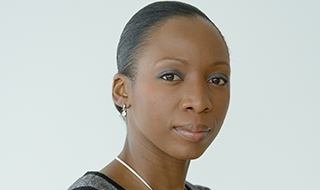 Sophie Chandauka’s Grandmother’s philosophy has powered her networking: “everyone matters”, no matter how small or incidental their role might seem. Born in Zimbabwe and, via scholarships, educated in Canada, the USA and in Oxford, Sophie is now one of Britain’s leading black lawyers. She has recently been named as one of the 40 Rising Stars of the European legal profession under 40.

Here she talks about how she builds her networks and how her grandmother influenced her networking:

1. WHEN IN YOUR CAREER DID YOU REALISE THAT IT WAS IMPORTANT TO HAVE A STRONG NETWORK?

It was when I first arrived in Britain and into a professional environment where I did not fit the mould. I had not been to the same schools or universities as most of my colleagues, nor had my parents moved in the same circles. I realised I had to be creative in my networking.

2. DID YOU ACTIVELY BUILD YOUR NETWORK OF PEOPLE? IF NOT, HOW DID IT COME ABOUT?

I’ve always thought strategically about relationships and whether they are healthy for me and for the greater good – so my network just grew to include a very wide range of people. My grandmother, who was a housemaid in Colonial Rhodesia, brought me up to believe that “everyone matters”, no matter how small or incidental their role might seem. And so my networking is not based on seniority but the ability to be a node or catalyst for progression. In other words, never discount anyone as a contact whatever their job title, and never burn bridges.

3. WHAT HAS YOUR NETWORK ENABLED YOU TO ACHIEVE?

It sounds trivial, but at Baker & McKenzie I became famous for meticulousness and having the best board and deal closing meetings, largely because I had networked with the secretaries, the media production staff, and even security so they all did their best for me. The chef always made sure I offered the best treats – better than even the partners in the firm. As a result, I got a reputation for flawless meetings and deal execution.

4. WHAT HAVE BEEN SOME OF THE OUTCOMES OF YOU BEING ABLE TO CONNECT PEOPLE?

In the first four years of my career I became influential very quickly.  Even as a junior lawyer I worked on some very big deals partly because of my networks. Grandmother was right – everyone matters.

5. WHAT ADVICE WOULD YOU GIVE SOMEONE LOOKING TO BUILD THEIR NETWORK?

To thine own self be true. Remain authentic and do what is best for you. Remember networking is a two way street – as well as taking you must also give, and generously at that!

6. HOW DO YOU STAY IN TOUCH WITH YOUR NETWORKS?

I am on LinkedIn, but mainly I like to keep in touch the traditional way with notes, letters and postcards. It makes people feel special because they know I have given time and thought to them specifically if it drops through the post. A few weekends a year I devote to writing thank you cards to people because, when I am busy (i.e. all the time), I often cannot find time for a proper thank you. I also like to go to cocktail parties and for drinks. I’m old fashioned – I like face to face – no Twitter or Facebook for me.

7. WHAT ADVICE WOULD YOU GIVE TO SOMEONE ATTENDING THEIR FIRST NETWORKING EVENT?

There is no need to be everywhere all the time just for the sake of being “seen to be”. Life is too short. Be sure you really need to be there and work out what will make it a success for you. Decide in advance who you want to speak to in order to make it worthwhile.
Read more about Building Strong Networks on the everywomanNetwork today.

SIGN UP
PrevPreviousAn Insight into Building Strong Networks from everywomanClub Member Avril Owton MBE
NextAn Insight into Preparing for Tough Conversations from everywomanClub Member Sarah DeavesNext
We use cookies on our website to give you the most relevant experience by remembering your preferences and repeat visits. By clicking “Accept All”, you consent to the use of ALL the cookies. However, you may visit "Cookie Settings" to provide a controlled consent.
Cookie SettingsAccept All
Manage consent