Incognito: ‘I tread a fine line every day, balancing the needs of my career with my ME’ 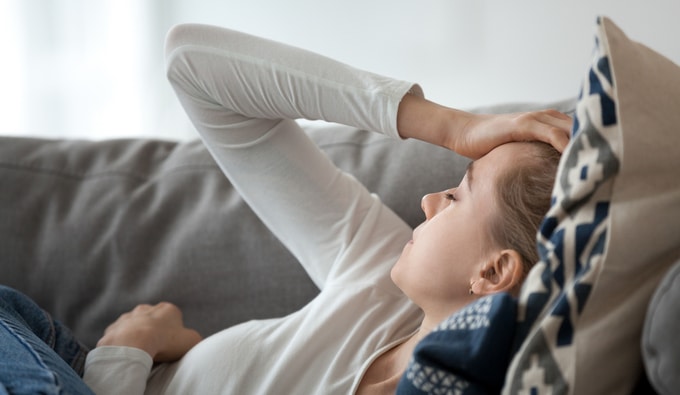 In 2010, I became very ill with swine flu, and even though I ‘got better’ I never really returned to full wellness and continued to have odd symptoms and blanketing fatigue for two years. My tonsils would bleed, but they couldn’t find any cause, and I had symptoms of a recurrent UTI but samples showed no infection. My GP thought that I was a hypochondriac and I even got to the point of wondering whether I was making it all up. My confidence hit rock bottom as I felt as if I were constantly making up excuses for why I couldn’t do things.

I was working in as a project manager at a museum, a role that entailed walking around for hours during the day. I loved the museum environment but the constant pressure to move was really difficult and found myself getting worse and worse. I was in such an unhappy place and dreaded going in to work.

In 2012, my husband and I moved to a new house, and I had a relapse and couldn’t get out of bed for four days. The doctors to-date had been looking at the symptoms individually, but my new GP had an idea they were linked and referred me to a specialist. After a couple of months of tests, I was given a combined diagnosis of ME and fibromyalgia.

The symptoms of both overlap; fibromyalgia is more the muscular type pain, whereas ME is associated more with blanketing fatigue and symptoms such as recurring infections and gland swellings.

It was a relief to finally have an explanation, but when I went back to work, my employer just didn’t seem to understand what ME was — even though I later found out there were actually several people with an identical diagnosis also working for the organisation at the time.

As a result, I wasn’t able to cut down much on my physical exertion, although when I got leg pains my line manager did say that I could sit down for ten minutes. I would then have to put up with snide comments from other employees about how I was being treated differently. How do you explain to other people that as a 25-year-old, you can’t use your legs when you look physically fine?

I had begun to learn about pacing, where you manage your condition by keeping within your limits, but I still wasn’t putting it into practice, and I was so determined not to be labelled that I would push myself too hard. As a result, I relapsed, and I was off work for six months.

The biggest misconceptions around ME are either that people are making it up for attention, or that it’s ‘all in your head’; even many medical professionals also still don’t believe it exists. At one point while I was off work, I had a home visit from a HR department member who told me that she didn’t ‘believe in ME’ initially and thought it was psychosomatic, but when she’d been pregnant with extreme tiredness, she then realised that blanket fatigue was ‘real’. That is something you would never say to someone with any other illness.

At that point that I realised my work situation couldn’t continue as it was, and I took the decision to leave. I got a contract job in the health service, in an admin role where I ended up staying for two and a half years. My bosses there acknowledged my illness and its challenges and were much more accommodating. The fact I wasn’t on my feet throughout the day helped, and I began to see how I could work and not put myself into a relapse.

I had a chat with my line manager one day, who said that although she had known after the interview that they wanted me for the role, she’d been shocked when she’d requested my attendance records from my previous job. However, she told me, that the minute she realised the reason she knew it wasn’t going to be an issue. Being in such a supportive office was a real turning point for me. When I started the role I was in a bad place; by the time I’d finished I’d even started running half-marathons.

I moved to my current full-time role as an office manager nearly two years now and again the support I’ve had has made all the difference. The company knew from the outset about my diagnosis and I was allowed to take flexi-hours, so if I was having a bad day I could work from home or just make up my hours.

As a result, my absence level has been pretty much nil. I also hold volunteer roles within the organisation, including chair of the charity committee and staff action wellness group, and my energy has been high enough to do these extra roles which I never thought I’d be able to do.

When I started this job, I gave a talk to my colleagues on ME, in which I described it as feeling like having the worst kind of flu with a hangover on top and aching as if you had just run a marathon. I’m lucky though, because there are people living with far worse symptoms than mine.

Just now I can live a relatively normal life, although my symptoms vary. I can be fine when I wake up but by 1pm I’ve started to get a migraine or fatigue; another day I might be okay all day. I also have insomnia, recurrent interstitial cystitis and on winter mornings I feel the musculoskeletal pain in my bones. If I feel that for several days in a row that’s a warning that I’ve done too much and need to take a step back.

Employers need to be open to listening to employees with ME, because a lot of people are afraid to talk about it. If employers are happy to have those discussions, they will understand that people with ME are not work-shy, because that’s another thing that people think. Once you get to know a person with ME you generally find it’s actually the other way around — they may need flexibility but allow them that and they will go to all sorts of lengths to do their job well.

ME often appears to be triggered by a virus and my initial diagnosis was in fact post-viral fatigue syndrome. Post-viral illness is in the headlines now with ‘long Covid’, which looks as if it might create similar issues, and is something ME charities are campaigning around. More and more, employers will need to learn to support people who want to work but have this kind of challenge.

The ME Association (UK) supports the 250,000 people in the UK living with ME as well as raising funds for biomedical research into the illness.

SIGN UP
PrevPreviousFive reasons why your gender determines whether you get a good night’s sleep
NextReady to turbo charge your happiness and success? Find your next mission using our #ChooseYourChallenge finderNext
We use cookies on our website to give you the most relevant experience by remembering your preferences and repeat visits. By clicking “Accept All”, you consent to the use of ALL the cookies. However, you may visit "Cookie Settings" to provide a controlled consent.
Cookie SettingsAccept All
Manage consent