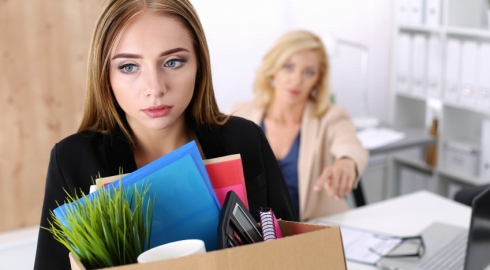 In this edition of everywoman Incognito, a recruitment specialist reveals how one innocent joke posted on social media lead her to lose the job she loved – and how she learned to forgive herself for her mistake.

I have a pretty dry sense of humour and like to share witty commentary on crazy things that candidates do while applying for and interviewing for jobs. After a day of reviewing resumes – not the most enjoyable task for any recruiter – I
came across one from a candidate with a somewhat ‘creative’ name. Intending it purely as a joke, I wrote on Facebook: “Parents: don’t name your babies crazy names like ___. They won’t get positions past a dancer or admin assistant.”

Wince-worthy, I know. I was letting off steam, trying to be funny and light, never imagining it could impact my career in any way.

Within months, I was promoted and given a pay rise following an excellent performance review. Then I was fired without warning or any real discussion: a fellow manager at my company (one I’d recently confronted about her bullying
colleagues) had reported my post to the boss. Or rather, she’d ‘encouraged’ someone else on her team to do so. I was offered a reference with a made up reason for my departure, but I declined. I was hugely embarrassed and fearful that
this incident would follow me for the rest of my career, but I knew I needed to own my mistake, rather than compound it with a lie.

The worst thing for me was discovering that the post I’d written was perceived by some as racist due to the fact that the specific name I’d mentioned in my post was considered to belong to a particular ethnic group. I maintained this
was an absurd accusation as I’m very well known for my firm stance on treating everyone equally. As a recruiter, being labelled as anything other than supportive of all races is just horrifying. I was and am in a bi-racial relationship
and to think anyone could believe me racist was just inconceivable.

I received a surprising amount of support from the colleague who’d reported me – she’d had no idea it would result in my firing. Naturally, her manager was pleased how things turned out. It was no comfort to me though when I learned
that she too was let go several months later.

Of course I wish I’d never clicked that submit button – it still weighs on me that what I wrote may have caused anyone to feel disappointed in me.

The consequences have been painful and heart wrenching at times. And I deserve a large part of the blame – after all, it was me who wrote that post and let it sit there for many months before taking it down. But I also feel that I
should be allowed to forgive myself. Big business leaders seem to have unwritten permission to fail publically and bounce back into jobs with six figure salaries.

I too deserve a second chance – and fortunately, one was forthcoming.

About a month after getting fired, a former colleague got in touch with an offer of a short-term role. I jumped in with both feet and have been a successful contractor ever since. I’ve never advertised my services past having a one-page
website – word of mouth is what drives my business and my first client was with me for a year and a half; my second nearly twice as long again. My reputation survived despite me being truthful with people who’ve asked why I left my old
job. Interestingly, none of the senior executives I’ve shared my story with took any issue with it – most are surprised that I was fired for such an innocuous mistake.

I feel I’ve made up for what I did by helping many people find great jobs all over the world. Being fired pushed me to learn new skills, define my value and discover things about myself – my strengths and how creative I am capable of
being – that I would never have discovered in my old role.

I’m proud of how I’ve built myself back up again.

If you’re in the unfortunate position of being publically shamed, own the mistake, learn from it, but ultimately forgive yourself. Get counselling if you need it. Find support among friends and family. Keep a folder on your personal
computer of complimentary emails and great feedback you’ve received and turn to it whenever you need reminding that you’re great at your job. On the days when I need a positive affirmation I turn to a sticky note on my bathroom mirror.
It reads: “Everyone fails; it’s what you choose to do after you fail that matters.”

More from the Incognito series on the everywomanNetwork

Redundancy: A senior leader reveals what it’s like to put hundreds out of work

“My sexist encounter was the catalyst for company-wide change”

SIGN UP
PrevPrevious2016 FTA everywoman in Transport & Logistics Awards winners announced
NextNetworking 101: Getting the thinking right (part one)Next
We use cookies on our website to give you the most relevant experience by remembering your preferences and repeat visits. By clicking “Accept All”, you consent to the use of ALL the cookies. However, you may visit "Cookie Settings" to provide a controlled consent.
Cookie SettingsAccept All
Manage consent