I manage my career with my bipolar disorder 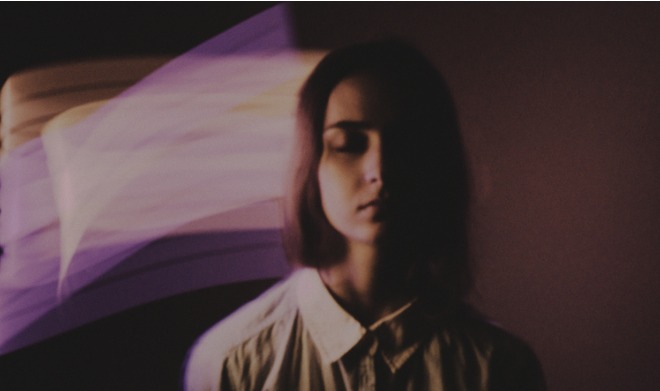 I have always known that something wasn’t quite right with me – from as early as my late teens, I’d say. But whenever I’d go to the doctors and try to talk about it, I would get fobbed off with answers that involved my hormones or the pill. I have also always been a worrier and having grown up with this it became ‘normal’; some of the symptoms and warning signs were things that I just came to see as part of my day-to-day life.

When I left university, I went into learning and development and at work, I always coped with a mentality of just “cracking on”, really. I’ve got some mental health issues in my family – one of my uncles has schizophrenia – and I think I thought compared to him I had nothing wrong! So my life just became me fighting this “voice” inside me.

I am naturally a positive person, loud and bubbly, and I work really hard, so I would use that part of my personality to hide behind if I wasn’t feeling good. I don’t think people at work ever really noticed there was anything wrong for a long time – I think they would just think my behaviour was part of my character.,

In October 2016 however, I had just moved to London and I lost my granddad suddenly, which triggered a big episode. From then on, I didn’t have two days where I felt sane. I couldn’t control it, and there was no way of rationalising it away. I would be very low and wouldn’t be able to stop crying, I would get paranoid and I’d imagine things – looking back now I realise I actually hallucinated, which was pretty scary.

Around the beginning of 2017, my bipolar became even more prominent. The Manchester bombing and the attacks in London happened and I was terrified of the Tube. I would force myself to get on them but would cry the whole time. It was exhausting.

At work, my team were really great and put me forward for CBT therapy to help with anxiety, but my mood just wasn’t okay. I was still getting low – or manic. I would do 5K runs in 22 minutes when my average is 35 minutes – then there would be days where I couldn’t even walk and I would feel like I was pushing against a brick wall.

I was short with people and sometimes aggressive – I just didn’t want them near me. And I looked tired all the time because being manic and being low is so tiring.

No one at work really said anything but when they did it would be along the lines of, “are you ok?” and I wouldn’t understand why they were asking me.

My illness has never actually impacted my actual work though, so I ended up churning out results and working at a speed that even my manager wouldn’t be able to keep up with.

Finally, the doctors started to treat me for depression, but the antidepressants the GP put me on just heightened everything for me. When the Barcelona terror attack happened, I went out and got drunk to cope.

When I spoke to my manager on the phone the next morning I said I didn’t care if she fired me or if I ever came back again. I didn’t even care if I existed anymore. When I returned to work the following Monday, she encouraged me to go and get help. That’s when she knew I was really unwell.

I was signed off work for two weeks and my CBT therapist put me forward to see a psychiatrist in August 2017. Within an hour he had diagnosed me with bipolar disorder. It was the biggest relief I have ever felt. I wasn’t going mad – I just wasn’t well. I was then signed off work for a further six weeks.

My psychiatrist put me on mood stabilisers, initially a low dose, which was meant to increase, but I hadn’t listened to him properly. I didn’t go back to the psychiatrist for a long time and when I did we then had to build it up fairly quickly. I remember asking how I would know if I were on the right dose, and he said, “you’ll know”.

I had another impactful bipolar episode again about five months ago and my first thought was, “Oh no, the tablets aren’t working”. But my psychiatrist told me that I’d had an episode that had lasted a week rather than months and we just needed to up the dosage which we did – and now I feel stable.

The medication has made me feel consistent and in charge, and allowed me to be kinder to myself. I don’t get extremely drunk any more, I eat healthily and I exercise, which has helped my head so much. I’ve joined a gym and try and swim as many mornings as I can.

I also try to be more open with people and not try and shy away from the fact I have got bipolar. And I have had to re-evaluate a lot of relationships in my life because some of them weren’t healthy for me.

At work, I don’t feel I have had to hide anything and I have been very open with my team and other people when it’s come up in conversation. I’ve even been promoted internally since I came back to work which has been very positive.

Our workplace has slowly started rolling out sessions around mental health and wellbeing.  I have been along to one of them, which has been fascinating. In your head, you can feel you’re the only person who has a mental health illness at work – even when you’re feeling stable and rationalising it, you can’t help but think that – but in these groups, I heard our HR business partners talking about their experiences with others in the business.

I didn’t share that I have bipolar, because I didn’t want that to impact the session, but I got a lot from it because it gave me the understanding that so many more people are actually going through mental health challenges than you might think.

Mental health needs to be an awareness piece across the business, not just something that should come from what leaders have learned and then say. Having a culture where it’s okay to talk about it is one of the most important things.

I will have this illness for the rest of my life now – and I accept that. It has also made me want to help other people in my situation.

Bipolar has shaped me as a person – it’s been part of my life since I can remember. A manic episode and a depressive episode can last any length of time, from a couple of hours to months. But even with shorter ones, you will generally have a couple of days where you don’t feel right afterwards.

However, once you start to recognise your symptoms you can start to manage it a bit more. Recently, for example, I know I was manic, but I took the steps to calm myself down, take a step back and after about three days the feelings went away. I also now, crucially, recognise when I am feeling better.

SIGN UP
PrevPreviousFive-Minute Fireside Q&A with Rashmi Jati Apte
Next2018 Barclaycard everywoman in Retail Awards winners announcedNext
We use cookies on our website to give you the most relevant experience by remembering your preferences and repeat visits. By clicking “Accept All”, you consent to the use of ALL the cookies. However, you may visit "Cookie Settings" to provide a controlled consent.
Cookie SettingsAccept All
Manage consent