Gender diversity in the workplace increases sales, customers and investment—and here’s the evidence 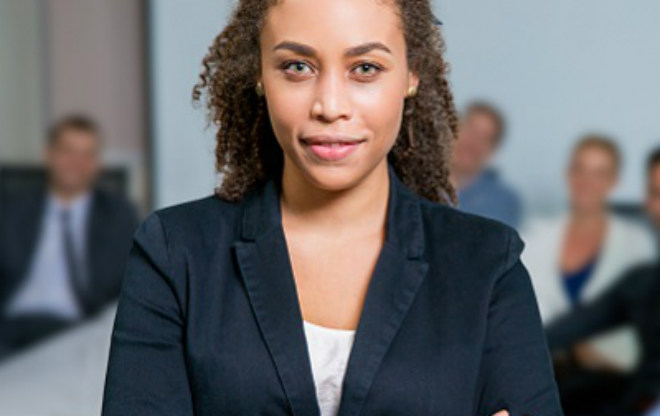 “Because it’s 2015!” was Justin Trudeau’s response to a journalist querying why he felt it so important to create a gender-balanced cabinet. But while the argument for gender diversity as “the right thing to do” has grown in volume over recent years, a compelling and substantial body of research presents another case for gender balance—one anchored in clear business benefits.

80% of purchasing decisions in the UK are made by women. Furthermore, by 2025, women are expected to own 60% of all personal wealth and control £400 million more per week in expenditures than men. [1]

“By committing to diversity as a strategic imperative, companies align their own organisation more closely with an increasingly heterogeneous customer base. This enables them to forge stronger bonds with customers in two respects: reaching key purchasing decision makers and taking a customer perspective.”[2] This was the finding of a McKinsey investigation into the correlation between organisational diversity and performance.

Senior executives from many different industries are increasingly adopting the view that it is crucial for employees to reflect the people and communities they serve, not least female leaders who can best represent those decision making customers their employers want to reach. Numerous initiatives tap into other forms of diversity: Coca-Cola US set a new hire target of 38% individuals of colour, reflecting its customer base, while Walmart created a recruitment plan based on a wide cross section of talent, mirroring the demographics of each of its operational zones.[5]

When internal diversity and inclusion scores are strong, and employees feel valued, they will serve our customers better, and we’ll be better off as an organisation.

Countless other organisations are working to ensure that their workforces reflect the needs of diverse customers—those from LGBTQ communities and individuals with disabilities to name a few.

Greater gender diversity on the senior-executive teams of UK businesses corresponds to the highest performance uplift: for every 10 percent increase in gender diversity, EBIT rises by 3.5%. [6]

Because gender-biased firms do not reward employees with responsibilities commensurate with their talent, they lose out to rivals that do not discriminate. Their lack of gender diversity affects the bottom line.

Following a global study of the public organisations of 91 countries,[7] the authors concluded that the superior performance of those with a greater number of women in decision-making roles could be attributed to the greater breadth and volume of skills within the organisation. In short, more women equals a more varied cross section of skills throughout the business, which in turn leads to better decision making, increased effectiveness in monitoring staff performance, and less gender discrimination throughout the management ranks, helping to create more diversity throughout the business and thereby a virtuous circle of on-going benefits.

“If you’re a firm and you’re discriminating against potential female leaders, that means you’re essentially doing a bad job of picking the best leader for your firm,” said Tyler Moran, one of the study’s three co-authors, in an interview.[8]

Various studies have examined like-for-like businesses in order to establish a causal link between better performance and a greater gender balance of the workforce. A study of 2,400 large-cap US companies (worth over $5 billion) found that those with at least one woman financially outperform rivals with no women by 26%.[9]

Another, looking at the results of R&D organisations based in Spain, established that those with a greater representation of women came up with the most innovative ideas.[10] Another still, examined 7,615 London businesses and concluded that those with the greatest levels of diversity created more new products than homogenous ones.[11]

[Return on equity in companies with greater diversity at the top is] really significantly higher…and investors are interested. In this more dynamic and competitive world you need a fuller range of experiences and perspectives at the very top of the company.

With a plethora of studies finding a positive relationship between workplace and boardroom diversity and financial performance, it’s no surprise that investors are increasingly taking an interest in the gender diversity of the organisations they invest in.

“Ensuring that more women are working and leading in the workplace is simply good business, especially for investors who not only care about the ethics, but also want returns,” claims a Morgan Stanley guide for investors. [13]

There’s another reason why firms looking to attract new investment should accelerate diversity levels: an analysis of 450,000 global seed crowd funding campaigns shows that those led by women are more likely to reach their funding targets than those led by men (22% versus 17%).[15]

Significantly, this isn’t just the case in industries with a traditionally greater representation of women (retail and the leisure/hospitality sectors, for example), but also in male-dominated arenas like technology (13% versus 10%) and digital (16% versus 9%).

[15] PriceWaterhouseCoopers. (2017). Women Entrepreneurs Are Better Than Men At Crowdfunding. Available at: https://blog.pwc.lu/women-entrepreneurs-better-men-crowdfunding/

SIGN UP
PrevPreviousEd Alford: Why and How Every Man Can Drive Change for Women in Business
NextEqual Pay VS The Gender Pay Gap: How To Explain The Difference to StakeholdersNext
We use cookies on our website to give you the most relevant experience by remembering your preferences and repeat visits. By clicking “Accept All”, you consent to the use of ALL the cookies. However, you may visit "Cookie Settings" to provide a controlled consent.
Cookie SettingsAccept All
Manage consent