everywomanIncognito: how one woman negotiates the challenges of her dual heritage in the workplace 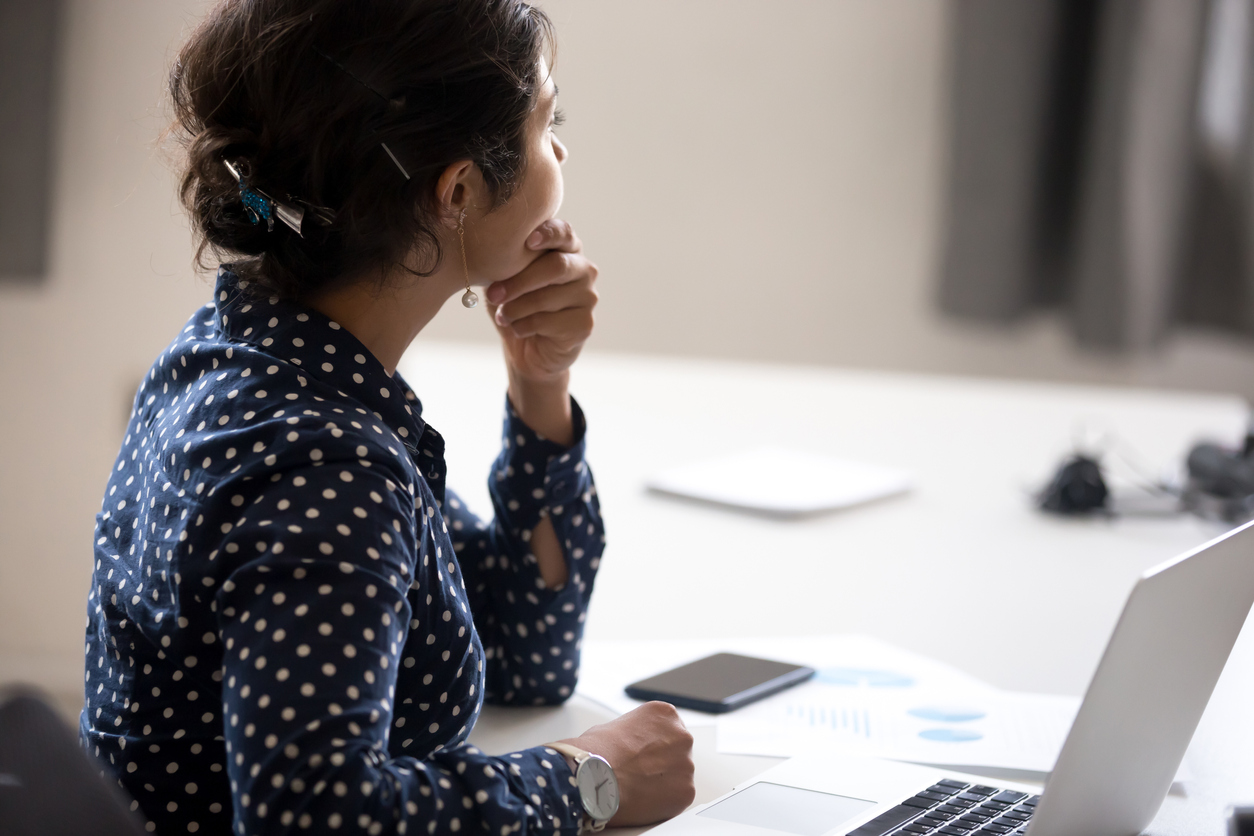 I was five years old the first time I remember my ethnic identity being an issue. We lived in a terraced house and one of our neighbours was a white family. The fence between us was broken and I would play games through it with the white girl that lived there.

One day her dad came out and started throwing rocks at me. I remember my mum grabbing me and pushing me inside. Dad pulled the fence down and put cement blocks in the gap, so we couldn’t see each other anymore. The thought of that wall still sends shivers down my spine.

As a first-generation British-South Asian I don’t see myself as half-Asian and half-British, I am 100 per cent both — but I feel that am constantly trying to see which parts of my identity play out where.

I work for an insurance company, where I am usually the only Asian woman in my team. When I look at the management who have hired me or are going to hire me, they’re typically white men and probably all the same age and from the same kind of background.

I think a lot of difficulties at work stem from that structural lack of diversity, whether it’s a lack of awareness or sensitivity around other people’s cultures or even just a feeling of being excluded from references or even jokes. I am on our Diversity & Inclusion (D&I) committee and was trying to explain biases, emotional intelligence, white privilege and fragility to the HR representative recently — and she just didn’t get it at all. I later got feedback from her that my points and ideas around this topic simply ‘didn’t fit within the D&I strategy’.

A lot of the problem is a lack of empathy and understanding. If people knew how their words negatively impacted somebody or were a little bit more aware and realised the commonalities we all have then they wouldn’t say things that could be taken as offensive or exclusionary.

That lack of workplace diversity can also result in a subtle ‘them’ and ‘us’ mentality – I’ve gone to work lunches where all the white people are on one side of the table and the Asians on the other. People tend to stick with who they know because they feel it’s safe, but I’m usually in the middle talking to both. It shouldn’t be my role to bridge the gap in cultural communication, but I have realised that my personality, which is open and friendly, means that I’m often the one communicating between the two.

It’s not always comfortable. At a previous job, a team from an Indian outsourcing firm came to work with us and the first thing their manager said to me at the initial team meeting was, ‘We expected a man because of your name’. Then the other Indian lady on the team and I began to get messages from the contractors asking us out on dates, which made us uncomfortable. When I raised it with my male manager, who was also Indian, he just said it was because we were the only Asians there and they wanted a visa. He did talk to their manager about it, who apologised to him, but just emailed me an apology.

I had interactions with the same Indian company at my next job too and this time the men talked about my appearance in front of me in Hindi, which I actually understand — although I didn’t tell them that until the end of the contract. I thought it was pathetic, and I didn’t receive an apology

Ultimately, this sort of thing doesn’t go away without companies actively addressing it in their culture. When you have people working together from different cultures, there’s a need to train them in the norms of the place they are working — and, as a minimum, let them know you don’t use office equipment to hit on people.

At home, most of the tension around my British-Indian identity actually comes from my extended family — my immediate relatives have always encouraged me to get a good education, and growing up my dad never made me feel like a second-class person because of my gender. My cousins’ dads in contrast were very strict on the women in their families, whereas the men could do whatever they wanted.

Comparisons around wealth and success are big in Indian culture and the traditional aspiration for a woman is to learn to cook and how to be a dutiful daughter-in-law. Families want their kids to get married, with a lavish wedding but it’s not on my to-do list yet.

My sister and I have talked about how there are times where we feel small and quite alone in Asian spaces such as big family celebrations. I’ve had uncles at wedding receptions tell me how amazing it is that I’ve done what I have done ‘as a woman’, and it’s always a backhanded compliment.

From my perspective, I’ve been fortunate enough to have supportive male allies growing up — and my partner has always been supportive of my career goals. I am driven to succeed, but I also feel I have a lack of role models in the corporate world: I don’t see many high-flying Indian career women who are also married with children. My partner’s mother said to me recently that she would ‘look after the kids’ while I worked. I hadn’t even expressed an interest in having a family; there’s an assumption I do because of the emphasis on family life in South Asian culture.

At work, a white British colleague was recently promoted to manager on coming back from maternity leave, which made me think, ‘Oh right, this can actually happen’. Then I realised her experience won’t necessarily mirror mine as there are other obstacles, I face.

In my community, for example, I’ve often seen partners who might be initially supportive, but then the women will be encouraged to stay a bit longer at home with the children before going back to work, and that can mean they don’t progress as fast or meet their full professional potential. They also may be discouraged to continue with their personal development and face ‘mother guilt’. I do often think we need to look at ourselves as a community, and where we’re not always supportive of British-South Asian women and all their roles.

I’m a first-generation British, South Asian and from low socio-economic background, but to be honest, I didn’t grasp or understand ‘intersectionality’ quite as much until the recent Black Lives Matter movement. I didn’t even know the word for all these different layers of my identity — although I always knew that I had them. BLM has taught me a lot about how different systems of discrimination or disadvantage around race, class and gender overlap.

For me now, it’s about trying to figure out how can I celebrate my identity with all its parts — and without being criticised either for being ‘too British’ or ‘too South Asian’. Some people have said to me that I’m ‘not South Asian enough’ to comment on certain issues. And on the other side, white British people will sometimes be surprised that I have this ‘other identity’ outside of work.

I always feel if you can speak to even one person and get them thinking a little bit, then they’ll talk to somebody else and you have a positive knock-on effect. For instance, it was the first South Asian Heritage Month in the UK recently and I tried to encourage South Asian colleagues to contribute to an article I was writing to highlight their personal stories and what may define them as South Asian.

Unfortunately, I had no responses and I had to plead with friends to submit their stories. The article was a success though with the most likes and comments I have seen on our employee intranet. I’ve also had many positive emails and calls about it which made me feel it was worthwhile to push for it.

Like the wall that my father built in our garden to protect us from ignorance and hatred, the metaphorical barrier does still exist. I do feel as I get older that I have a responsibility to speak up more and educate people on both sides to move the conversation forward.

SIGN UP
PrevPreviousQuiz: Which type of creative thinker are you?
Next13 Questions we ask everyone: Rita Clifton CBE, author of Love Your ImposterNext
We use cookies on our website to give you the most relevant experience by remembering your preferences and repeat visits. By clicking “Accept All”, you consent to the use of ALL the cookies. However, you may visit "Cookie Settings" to provide a controlled consent.
Cookie SettingsAccept All
Manage consent