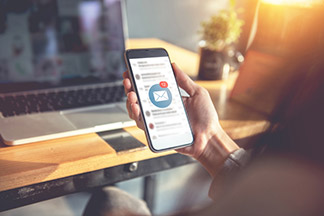 As uncomfortable a thought as it might be, we all make quick judgements and assessments of people and situations, influenced by our backgrounds, cultural environments and personal experiences.
These unconscious biases can manifest in a number of ways. Can you spot the hiring manager whose team are carbon copies of him or herself? Perhaps you’ve felt pigeonholed because of your age, dress sense or even your accent? You might have even witnessed the innocuous sounding ‘benevolence bias’, such is at play when a ‘helpful’ manager excludes an exhausted returning mother from an overseas business trip, thereby doing her out of a growth opportunity. Becoming aware of your biases through scientific tests and holding up a mirror to your workplace behaviours is a huge step forward in helping to eliminate them. In doing so, don’t forget to look at what you commit to paper, being mindful of the power of words and the impact they can have on others.

“The CVs passing my desk were all from men, and men with similar backgrounds and experience to me. I knew there were plenty of talented women in technology and couldn’t understand how their résumés weren’t getting through. I went to female colleagues for help, and they advised me that the job descriptions I was writing were describing me, and in a language that wasn’t going to attract women. So, I went back to basics and started writing in higher-level terms I hoped would bring in a wider, more diverse candidate pool.” The words of an anonymous male everywomanNetwork member summarise how easy it is to allow unconscious biases to creep into job descriptions – but also how you can take steps to rectify this behaviour. The first step is to identify those trigger words that speak to one gender more prominently than another. “Whether you’re an employer posting a job or a job seeker looking for one, it’s important to be aware of how certain words in a job description can reflect an organisation’s culture and values,” writes Catalyst. Words such as “superior”, “competitive” and “determined” have been proven to have a detrimental effect on the volume of female applicants, while more women are drawn to trigger words like “cooperative”, “loyal” and “committed”.

Don’t just be mindful of your own writing; take care over how you respond to that of others. The vast majority of recruiters use LinkedIn and other social media platforms to check up on potential candidates, and there can be dangerous implications of judging someone from the drip feed of information they’ve supplied in newsfeeds. Lawsuits have been brought against hirers who’ve excluded an otherwise strong CV when they discover through Facebook how old the owner is. Marital statuses, membership of certain clubs or organisations, religious or sexual affiliations, health concerns shared publically, passions and interests or the social events someone chooses to attend can all have a surprisingly definitive impact on the success of job applications. Eliminate unconscious bias from your social media investigations by deciding beforehand exactly what it is you’re going to examine on your digital search. Create a checklist of standard items to look for on profiles and stick to this. Iterate your intentions to a boss or colleague and have them later challenge you on decisions made based on the words and media you found.

Tread with caution whenever you’re producing any kind of documentation – a report, article for your intranet or even an everyday email – in which you’ll reference any areas where biases, either those of your own or others, are rife. The following advice checklist has been adapted from CDO Insights and Marketing Partners.

SIGN UP
PrevPreviousBecome a member
Nexteverywoman Incognito: ‘I combine a career with caring for someone with dementia’Next
We use cookies on our website to give you the most relevant experience by remembering your preferences and repeat visits. By clicking “Accept All”, you consent to the use of ALL the cookies. However, you may visit "Cookie Settings" to provide a controlled consent.
Cookie SettingsAccept All
Manage consent