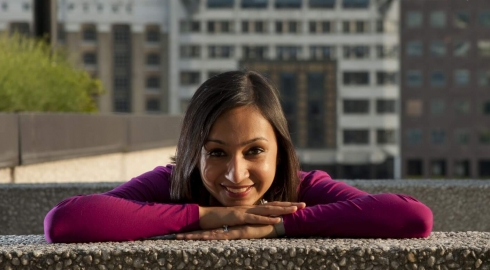 A few years ago, I was at a party at a flat on the Thames with a breath-taking view of the Shard. People were fixated on it, discussing what a beautiful building it was. While I felt immense pride at having contributed to its design, I also noted that nobody at the party was commenting on what an incredible feat of engineering it is.

This got me thinking about how people perceive careers and the contributions those jobs make to society. We all know what a doctor or a lawyer does. We have a clear sense of what it means for surgical procedures to save a life or to seek justice in a court battle. The engineer has no such positive identity in the popular consciousness. Our perception of an engineer falls somewhere between a builder, a mechanic and a washing machine repair man.

The engineering industry is suffering from brand identity crisis which means it is especially off-putting to women and, while that is beginning to change, the pace is incremental.

Just one in twelve structural engineers are women.

I frequently attend meetings where I am surrounded by 15 men, and often receive letters addressed to ‘Mr Agrawal’.

In order to attract bright young women into our profession, we need to demonstrate that engineering is a varied and challenging career which is open to all. But how?

A good starting point would be for more women engineers to be vocal about why STEM subjects are creative, rewarding and fun. We must speak to teachers, careers advisors and parents too, because parents have a major influence on their children’s career choices. Surveys have shown that working with teachers and adapting the school curriculum would help change young people’s perceptions of the type of person who pursues a career in engineering.

More than that, we need great role models.

At an everywomanClub event last month, Crossrail’s senior project engineer and star of BBC Two’s documentary The Fifteen Billion Pound Railway, Linda Miller, set out to smash the misconception that engineering is anything other than a “kick-ass” career. Taking us on a journey that took her from the US Army via West Point, to Cape Canaveral, Linda is now responsible for a significant part of the largest infrastructure project in Europe. We need more women like Linda to share their stories and inspire the next generation.

The importance of role models is reflected in the third annual National Women in Engineering Day,.

One of the themes of #NWED2016 is ‘raising profiles’, with businesses and engineering companies encouraged to showcase their female employees and make the case for young women to enter the industry.

This is critical. Building gender diverse teams necessarily ensures you hear a variety of ideas and perspectives, leading to more productive discussions and innovative thinking. A team can comprise the most technically competent engineers in the country, but if all of them are trained to think in a similar way we are missing a trick.

Roma Agrawal is a Design Manager at Interserve. She was the winner of Young Structural Engineer of the Year in 2011, and was the only woman featured in the Channel 4 documentary ‘The Tallest Tower’. You can follow her on Twitter @RomaTheEngineer, or for more information visit www.romatheengineer.com

SIGN UP
PrevPreviousNetworking 101: Growing your contacts list (part two)
NextLeading teams: 3 tips from experienced managersNext
We use cookies on our website to give you the most relevant experience by remembering your preferences and repeat visits. By clicking “Accept All”, you consent to the use of ALL the cookies. However, you may visit "Cookie Settings" to provide a controlled consent.
Cookie SettingsAccept All
Manage consent