Busting the myths around emotional intelligence 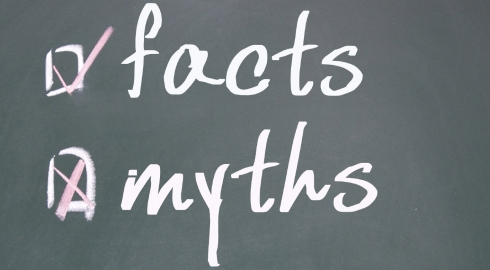 Soft skill or essential to your workplace development? Something you’re born with or a muscle that needs flexing to stay strong? More likely to be found in females over males? Though emotional intelligence is widely discussed, myths and misconceptions remain about what it really is and how essential it is to your career.

Not so, says American psychologist Daniel Goleman, whose seminal work Emotional Intelligence: Why It Can Matter More Than IQ argues that emotional intelligence accounts for 67% of the abilities deemed necessary for superior performance in business, mattering twice as much as IQ and technical skills. He says: “Without [EQ] a person can have the best training in the world, an incisive, analytical mind, and an endless supply of smart ideas, but he still won’t make a great leader.” Since the publication of Goleman’s book, an increasing number of organisations have invested in EQ-testing throughout the hiring process. Three quarters of those surveyed by CareerBuilder said that they value EQ more than IQ when it comes to promoting employees.

Some measures suggest women are on average better than men at some forms of empathy, but other studies show that men do better than women when it comes to managing distressing emotions – both equally important components of emotional intelligence. It is therefore more accurate to say that men and women – in the most general terms and with plenty of room for differentiation within genders – are emotionally intelligent in different ways. For example, neuroscientists say that the male and female brains react in slightly different ways when they’re experiencing empathy with another person. Females witnessing another creature in distress show activity in the brain region called insula, which allows them to compute what another person might be feeling. Males also show activity in the insula, but they quickly stop showing activity in his area of the brain and move to demonstrating activity in another area related to problem solving. In short, females are generally more likely to stay with the feeling, while men are more likely to experience the feeling and then switch to trying to solve the problem that’s creating the disturbance. It’s worth noting, that despite this processing difference, there have been no noticeable gender patterns in emotionally intelligent leaders. Among leaders with high EQ, men and women are equally strong.

MYTH: Emotional intelligence might be important to good leadership, but it’s still a ‘soft skill’ compared to technical attributes.

Goleman’s work dismissed the idea of emotional intelligence being a “nice to have” and labelled it a “must have”, but EQ is still deemed by many a “soft skill”. Countless studies, however, have demonstrated that emotional intelligence has tangible benefits, not just in the relationships between people, but also in the bottom lines of organisations large and small. After supervisors in a manufacturing plant received training in emotional competencies, lost-time accidents were reduced by 50%, formal grievances were reduced from an average of 15 per year to three per year, and the plant exceeded productivity goals by $250,000. Restaurant managers with higher EQ create 34% greater annual profit growth, increased guest satisfaction and higher employee retention, while waiters who are more empathic get 18% more in tips i. L’Oreal sales agents who are more empathic sell on average $100,000 more than those without empathy. A Scottish Housing Association took a more empathic approach to employee relations and was rewarded with 87% staff engagement rates and, by extension, a rise to 90% in customer satisfaction.

MYTH: Emotional intelligence can’t be learned; you either have it or you don’t.

Goleman argued in his book that the key to emotional intelligence lies in “extended practice”, that is consciously putting one’s EQ to use on a regular and consistent basis. This is even true of empathy, one of the key components of emotional intelligence. While studies have found that the ability to empathise is in the DNA of humans and primates alike (scientists discovered that monkeys feel empathy with other monkeys who are struggling to crack open a nut), nurture (as well as nature) plays as big a role in your ability to relate to others. Incidentally, stress, it has been discovered, is one of the biggest blockers to empathy. In other words, when you are feeling overworked or overwhelmed, you are less likely to be compassionate or understanding towards others – a good reason to work on keeping those stress levels down.

MYTH: Developing emotional intelligence is simply a case of tapping into your emotions.

There’s strong evidence to suggest that developing EQ is harder work, requiring more sustained effort than developing IQ. General intelligence is hardwired into the brain’s neocortex, which governs analytical thinking and technical ability. This area of the brain quickly grasps new concepts – for example, if you wanted to learn how to count in a foreign language, you could do this by reading a book. Emotional intelligence, on the other hand, resides in the brain’s limbic system. This region learns more slowly, and only develops with consistent, regular dedication to practice. There’s also evidence to suggest that individuals are perhaps the least well placed to assess their own emotional intelligence. Though self-awareness is a critical component of emotional intelligence, Goleman was explicit that as well as “extended practice”, “feedback” is essential to developing EQ. It’s crucial, he said, to draw on the advice and observations of others as you set about developing your emotional intelligence. Start your “extended practice” today by embarking on the everywoman Network workbook Developing your emotional intelligence, which guides you through each of the five facets of EQ and how you can increase yours to become a happier and better leader, whatever stage of your career you’re at.

SIGN UP
PrevPreviousMindfulness: how to convince a sceptical team
Next7 original ways to be mindful every dayNext
We use cookies on our website to give you the most relevant experience by remembering your preferences and repeat visits. By clicking “Accept All”, you consent to the use of ALL the cookies. However, you may visit "Cookie Settings" to provide a controlled consent.
Cookie SettingsAccept All
Manage consent