Alicia Navarro on moving beyond culture shocks for business success 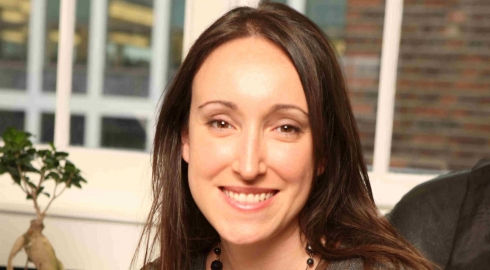 Australian-born Alicia Navarro, winner of the Entrepreneur Category at the 2014 FDM everywoman in Technology Awards, is co-founder of the international affiliate marketing technology startup Skimlinks. She launched the business in London in 2008 with her co-founder, before opening a San Francisco office in 2010. Here, in her own words, she talks us through the early setbacks, persevering in the face of adversity and ultimately launching a hugely successful global business…

I’m Australian but lived in the UK for four years in my 20s, doing what all Aussies on a working holiday visa do: lots of travelling and partying. After four great years, however, I decided it was time to move back home and start a company. I launched Skimbit (an online tool designed to help users with research and decision-making tasks) in Sydney but realised after I’d built the first prototype that there was only one venture capitalist in town to pitch to – and he said no! I was like “What do I do now”? The first plan was to go backpacking again and find my answer that way. However, I ended up being offered an opportunity to move back to the UK, with office space and a place to live, if I changed my business to make it a white label version of the Skimbit technology.

A fresh business start in the UK

Setting up Skimlinks in the UK was surprisingly easy. One of my close friends was running his own business and he introduced me into the entrepreneurial community in the UK. That very quickly became important to me and I ended up spending more time with them than my original group of friends.  I started going to lots of events, conferences and meet ups and really began putting myself out there. I remember the first time I walked into an Open Coffee (informal meeting place for people involved in startups). It was a Border’s bookshop in London, 10 o’clock on a Thursday morning and I rocked up in my power suit. I was so nervous but trying to hold it together. There was me and a bunch of men basically – so I just walked up and started talking. It paid off: some of the people I met that Thursday are still my friends today. It was a great way to network.

Launching business in the UK

Australia and UK are very similar on the business front – expanding the business into the US and launching an office in San Francisco was more of a culture shock. We recognised – and this is one of the key differences between Aussies and Brits, and Americans – that Americans subconsciously like working with other Americans. And that really changed the way we saw ourselves and worked as a company. Now we write everything in US English; we hire a lot of Americans and we have a strong presence in the US. Another big difference about doing business in the US is that because it’s so much bigger, it’s much more fragmented – so it’s harder in some cases to make solid friendships that can really help you. The UK scene is a lot more intimate and collegial.

Moving to the US

I moved there for two and a half years. Fortunately, I had built up a lot of friendships and contacts so the only real difference was that I had to move all my shoes over, too! During that time, I was flying between London and San Francisco every month and that almost broke me. Call yourself an international company and you’re fine.

One thing that was really important to us was creating a similar culture across the UK and US offices. It’s really paid off for us as a company, even though it’s more expensive. Now the same energy and enthusiasm enthuses both the UK and US offices. We’re looking into plans to expand in the US and open a New York office– the plan is to staff new offices with one or two people from the original office, so the new office never feels like a satellite. It’s really important for myco-founder and I to take regular trips to the US office, too. We stagger our visits and go for a week or two every two months – that way, the US office gets a founder once a month.

We get the UK and US offices together twice a year. For the past two Christmases we’ve flown our staff to an overseas destination for a big three-day event which has been brilliant. We also brought everyone over from the US office to the UK for the 2014 summer party. We went to Oxford and did a treasure hunt on punts, which was awesome fun. It was very, very expensive but it was worth it because it was gorgeous!

SIGN UP
PrevPreviousSmall businesses can shout just as loud, by Journolink’s Gemma Guise
NextTen essential steps to making a success of your international business careerNext
We use cookies on our website to give you the most relevant experience by remembering your preferences and repeat visits. By clicking “Accept All”, you consent to the use of ALL the cookies. However, you may visit "Cookie Settings" to provide a controlled consent.
Cookie SettingsAccept All
Manage consent