6 questions to ask yourself when under pressure 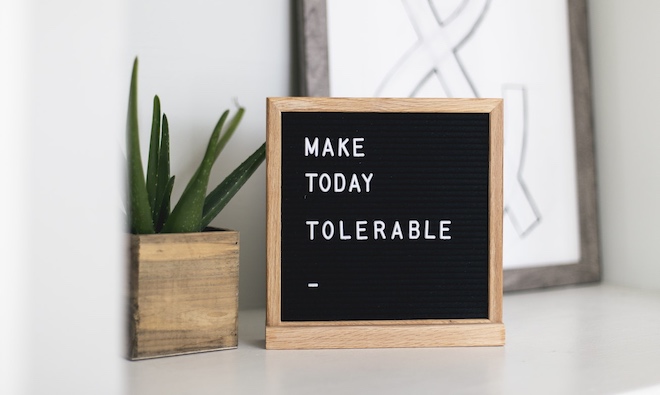 Stress accounts for almost 40 per cent of workplace illnesses* in the UK, it is important to recognise the huge impact that pressure can have on our mental wellbeing. We outline the six questions to ask yourself when things get a bit too much, in order to restore mental balance and move forward more confidently.

1. COULD THIS PRESSURE BE AN OPPORTUNITY, RATHER THAN A THREAT?

Feeling under pressure can make us feel anxious, which in turn can make us doubt ourselves and our abilities, so it’s important to try and combat the negative feelings that pressure brings with it.

In their report, Women Under Pressure, the Institute for Health and Human Potential (IHHP) suggest first reframing how you perceive the physical manifestations that come with a sense of pressure. A racing heart, knotted stomach and sweaty palms – they are all signs that your body is getting ready to work, so rather than let it panic you, think of yourself as an athlete at the start of the race.

Then, sit down and clearly work out how this high-pressure situation could be an opportunity –  to grow, to help others or to show your worth. For instance, before a presentation, rather than focus on what it is you might get wrong, think about what it is you have to say that will genuinely benefit the attendees. Your authenticity and passion for your subject will override the minor details.

2. ARE YOU PRIORITISING ‘URGENCY’ OVER IMPORTANCE?

President Eisenhower was the first (or at least, the most famous) person to put forward the theory that people have a tendency to mistake ‘urgent’ tasks with ‘important’ jobs – a theory backed by a recent study that found that people will almost always prioritise a task with the shortest completion window, even if it’s not the most beneficial thing to complete.

So if you’re feeling under pressure, it’s important to make sure you too are not falling victim to the ‘urgency effect’, described by journalist Oliver Burkeman as, “An emotional or even bodily matter: you act from a twinge of discomfort, a clench in the stomach, a racing heart.”

Take time to differentiate what on your to-do list is genuinely important and what can wait, even if it appears pressing because – as Burkeman continues – “There are many situations in which you need to act fast if you want to avoid a negative outcome. But if that negative outcome doesn’t matter much, avoiding it might not be the best use of your time.”

3. IS YOUR BODY HELPING YOUR MIND?

It goes without saying that feeling confident and believing in ourselves is crucial to performing well under pressure. According to IHHP, our posture is of paramount importance in achieving this, explaining that, when we stand in a ‘high power pose’ – straight, with our arms unfolded and shoulders back – we decrease levels of cortisol (the stress hormone) and increase testosterone (the hormone that makes us feel more confident, increases our motivation and makes us more willing to engage in risk-taking behaviour).

So, next time you have a big presentation, an interview, or even a meeting in which you feel intimidated, do not sit hunched over your iPhone – try and adopt a ‘high power pose’ for at least one minute beforehand.

We can all think of a situation where something that seemed catastrophic was in fact of far less importance after a good night’s sleep or a few days’ break. This is the same in the workplace – we perform better when we see things with a clear and calm head, so do try to make sure your mind isn’t ruminating on work 24/7.

One way to try and achieve this is to take time at the end of each day to go over what has been done and what needs doing the next day. Make sure you write it down so you can visualise your plan of action clearly (this is also an effective way of realising that the concerns that are crowding your mind are not all that numerous when written down).

By drawing a line under work, you can leave the rest of the day for downtime – try not to think of it as ‘switching off’, but rather letting your brain take some time out to then come back with a fresh perspective.

5. HAS EARLY SEXISM DAMAGED YOUR CONFIDENCE?

In their research, the IHPP was struck by how many women were impacted by the insidiousness of sexist learnings from their early years, such as, for instance, that girls weren’t as good as maths. In later years, this led to the women having an internal sense that they did not belong and therefore had to constantly work to prove themselves.

Other women described instances where they felt their gender led to a deeper sense of pressure; for instance, being the only female on a board and therefore feeling representative of ‘all women’.

Try to recognise whether you have internalised sexism or misogyny, which is in turn negatively affecting your confidence. Instead, replace them with the unique qualities that women bring to the workplace. According to IHPP, these include being able to weigh more variables, consider more options and visualise a wider array of solutions to a problem, while in her new book, Work Like A Woman, Mary Portas argues that women work more collaboratively and are more likely to help others.

6. COULD ANY PRESSURE HAVE BEEN EASED THROUGH FORWARD-PLANNING?

While it’s important not to give way to self-doubt, it’s still beneficial to try and learn from a period of high pressure and consider whether things could run more smoothly going forward; feeling prepared for an eventuality helps us feel in control, and therefore better able to manage a situation. In a Forbes piece on how to work under pressure, executive coach Caroline Stokes suggests taking a moment to identify future ‘crunch times.’ “Crunch times consist of an intense, overwhelming period of work. Consider what you can outsource in advance of your crunch time with a VA, contractor, colleague or team, and then execute it. Expect some A/B testing before this runs well and helps move you forward.”

SIGN UP
PrevPreviousWinners announced at the 2018 NatWest everywoman Awards
NextFlex for success: how situational leadership can empower businessNext
We use cookies on our website to give you the most relevant experience by remembering your preferences and repeat visits. By clicking “Accept All”, you consent to the use of ALL the cookies. However, you may visit "Cookie Settings" to provide a controlled consent.
Cookie SettingsAccept All
Manage consent