5 lessons from Hillary Clinton on playing to your strengths 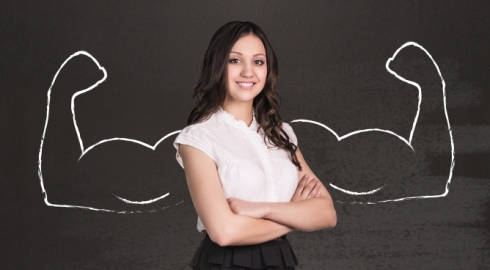 “Hillary Clinton plays to her strengths” rang the headlines, the morning after a televised debate between US presidential candidates. While the race for the White House continues full steam ahead, we look at the lessons in talent management you can learn from the sixth female in history to run for the position of US Commander-in-Chief.

1. Stand out by drawing on your unique experiences

The “hope and change” theme of Democratic presidential candidate Senator Bernie Sanders’s campaign is reminiscent of Barrack Obama’s successful bid for the US presidency. Hillary’s message has been different, as she draws on what makes her different to her rivals from both parties: experience. As a former First Lady, US Senator and Secretary of State, she has experience across many branches of government, and, as one political commentator notes, is at her best when she emphasises her past work and challenges her “hope and change” competitors on how they’d turn their ideas into real-world policies:

“This strategy, rather than trying to meet Sanders head-on, focuses on acknowledging his good intentions and questioning whether he can deliver on his promises,” writes John Cassidy in The New Yorker. “It involves having Clinton emphasise her own program… and her experience in foreign policy.”

That’s not to say she isn’t focusing on how she can bring change. She is, in fact, highlighting another of her differences – that of being the only female candidate and only the sixth woman ever to run for President. As David Lauter writes in the LA Times:

“In sharp contrast with her reticence on the subject during the 2008 campaign, she repeatedly reminded viewers that with her, they could make history: After the U.S. elected its first black president, it now had a chance to elect its first woman.”

Discover your own unique life story and how you can use it to play to your strengths with the following reading list: Using your life story to make you a better mentor 6 ways to become your own talent manager

2. KNOW WHO YOU ARE – AND SELL IT EVERY CHANCE YOU GET

As Hillary herself has said, “In politics, if you can’t explain it and you can’t sell it, it stays on its shelf.” A strong, clearly defined personal brand – “what people say about you when you’re not in the room” – is as critical to business as it is to political success. So what are people saying about Hillary when she’s not in the room that sums her up as a woman, a leader, a future President? “Wicked smart, knows every policy inside and out,” was Obama’s analysis. Henry Kissinger has also spoken of his “respect” for Clinton’s “intellect” and her “effective” running of the State Department. And her current opponent, Bernie Sanders said she is “clearly a very intelligent person, impressive on issues”. Watch the video below to see how she draws on these traits as she responds to a challenger to her stance on reproductive healthcare rights for women. She takes her time, slowly and thoughtfully building her argument based on what she repeatedly emphasises she has seen for herself in the capacities of her many political roles. Take the everywomanNetwork workbook An introduction to personal brand.

3. TWEAK YOUR PERSONAL BRAND IF SOMETHING ISN’T WORKING FOR YOU

“What got you here, won’t get you there,”
“A week is a long time in politics,” the British Prime Minister Harold Wilson once famously said. Things change, and one of those things is personal brand, with politicians working hard on image makeovers – some of which pay off, others, appearing inauthentic. Sometime criticised for her “aloofness” or “coldness”, Clinton, who has said she identifies with many of the qualities of introversion and needs a lot of alone time, has worked hard throughout the current campaign to show a softer, more relatable side. Whether it’s the use of her first name only on campaign posters (“She’s relatable and you are now on a first name basis with her,” branding expert Ben Hordell deduced from this change of direction). Or her down-to-earth quip when asked, during the infamous email controversy, if she’d wiped clean her personal server before turning it over to the FBI (“What, like with a cloth or something?”). A personal brand overhaul requires an honest acknowledgement of what facets simply aren’t working for you anymore – something Clinton’s failed 2008 bid for presidency enabled. As the Financial Times reported:

“That campaign was plagued by infighting, dysfunction and the sense that it was more about Mrs Clinton’s personal ambition than the aspirations of voters. A leaked memo … rams home the mistakes made in 2008, and the message a rebranded Mrs Clinton plans to take on the trail: ‘This campaign is not about Hillary Clinton and not about us — it’s about the everyday Americans who are trying to build a better life for themselves and their families.’”

Read what an everywomanClub member has to say about authentically changing your personal brand: Vanda Forward on successfully navigating career changes.

It’s not very often you hear a politician admit they find something difficult or that they made a mistake. Hillary Clinton did both, in one televised debate. When asked by a rabbi how she would treat the balance between ego and humility should she become the next US President, she replied:

“This is hard for me. You know, I never thought I’d be standing on a stage here asking people to vote for me for President. I always wanted to be of service. I met my husband, who was such a natural, knew exactly what he wanted to do…. I never thought I would do this.”

And when pressed by a CNN anchor on the private email scandal, she shrugged off her earlier defensiveness and said:

“What I did was allowed by the State Department, but it wasn’t the best choice.”

Better understand your weakness and how you can limit their impact with the following reading list: Don’t let fear of failure get in the way – 5 steps to overcoming limiting beliefs 7 brain hacks to help you think like a winner Overcoming mistakes: turn your workplace failures into career success stories

They aren’t words you often hear coming from the mouths of politicians. Clinton expressed her rebranded “relatable”, “softer” side in the most thoughtful and considered way possible when she thought out loud in response to a question from a terminal cancer patient about legalised euthanasia.

“We are, on the good side, having many people live longer, but often, then, with very serious illnesses that they can be sustained on but, at some point, don’t want to continue with the challenges that poses. So I don’t have any easy or glib answer for you. I think I would want to really immerse myself in the ethical writings, the health writings, the scientific writings, the religious writings. I know some other countries, the Netherlands and others, have a quite open approach. I’d like to know what their experience has been.”

As political commentator John Cassidy wrote in response: “That was Clinton at her best: concerned, reasonable, open-minded, empirical.” Demonstrating humility without sacrificing credibility. A reading list: 8 strategies for getting noticed as the youngest person on your team Workbook: Giving and receiving feedback Listen up: 5 exercises to develop your most important communication skill

SIGN UP
PrevPreviousNetworking 101: Getting the thinking right (part one)
NextCreating a winning vision: Pippa Isbell’s step-by-step guideNext
We use cookies on our website to give you the most relevant experience by remembering your preferences and repeat visits. By clicking “Accept All”, you consent to the use of ALL the cookies. However, you may visit "Cookie Settings" to provide a controlled consent.
Cookie SettingsAccept All
Manage consent