The winners of the 11th annual FDM everywoman in Technology Awards have been announced, celebrating the industry’s most exceptional talent. Hailing from diverse business backgrounds, the winners collectively represent financial services, blue-chip brands, academia and enterprise. These remarkable women are shaping the future of the technology industry and have a responsibility as role models to share their experiences, laying the foundations for others to follow in their wake. 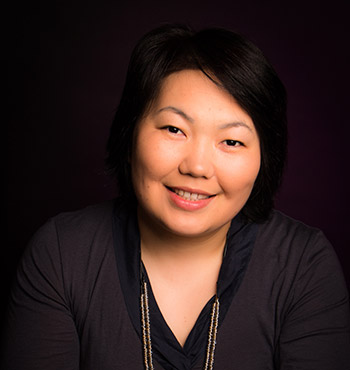 The Woman of the Year Award was presented to Dr Asel Sartbaeva of the University of Bath, a world-leading, interdisciplinary chemist who combines cutting edge expertise in mineral physics, crystallography, biology and chemistry to develop emerging and disruptive technologies to address problems in fields as diverse as green energy and global health. Her work on vaccine ensilication (stabilising vaccines without the need for refrigeration) is helping to prevent 2m infants worldwide dying from preventable diseases such as diphtheria, tetanus and pertussis and is at the centre of efforts to ensure low-income countries can access Covid-19 vaccines.

Tech for Good Award, sponsored by RS Components, went to Amanda Obidike, Executive Director of STEMi Makers Africa who is upskilling thousands of young Africans with the tech skills to counter youth unemployment.

CTO/CIO of the Year Award went to Wendy Redshaw, Chief Digital Information Officer, Retail Banking at NatWest Group whose achievements include the implementation of innovative solutions at the height of the pandemic making it possible for 2m vulnerable and shielding customers to receive cash safely and securely.

Digital Transformation Leader Award went to Dionne Haynes, Chief Architect B2B, BP who is central to BP’s Castrol business achieving $1bn of revenue growth by 2025 and who is integral to the company’s #bpNetZero ambitions.

Tech leaders were commended during the online ceremony with the following winners:

International Inspiration Award went to Sofie Blakstad, Co-founder and CEO of Hiveonline, a self-taught tech entrepreneur whose business helps women build wealth in rural communities without the need for a bank.

Academic Award, sponsored by VMWare, went to Dr Heidi Christensen, University of Sheffield, a passionate advocate of eradicating the old image of engineering and of women in tech becoming role models for school children.

Male Agent of Change went to Hasani Jess, CTO of Simply Business who has driven a cultural shift to embrace diversity, creating a higher-performing organisation.

Leader Award, sponsored by BP, went to Jessica Colvin, Global Head of Vulnerability Management & Assessments, JPMorgan Chase who is responsible for the business-critical cybersecurity function and who oversaw a reduction of 7 million vulnerabilities whilst delivering $2.5m in annual efficiencies.

Young and emerging talent was also recognised by the judges:

Apprentice Award went to Prisha Bathia, Digital Marketing Apprentice at EMEA Google Store who used Tiktok to reach over 12,500 followers with whom she shared her experiences of embarking on an apprenticeship whilst outside work, she inspires those living with chronic illness to live more successful lives, based on her own personal situation.

Rising Star Award, sponsored by SUSE, went to Frida Nzaba, a manufacturing engineer at Rolls Royce Plc who began her career as an apprentice, subsequently achieving a first-class degree in mechanical engineering and who spearheads business-critical projects alongside her participation in the company’s Next Generation Women Leaders programme.

One to Watch Award, sponsored by Computacenter, went to Jana Jhaveri, founder and CEO of World Can Code who, aged just 19, is running workshops to help her fellow students learn to code and web design.

Other winners on the night included:

Innovator Award, sponsored by American Express, went to Melissa Snover, founder of Nourished which in the past year has launched the world’s first customisable and personalised 3D printed nutritional product, investing over 100,000 lab hours and 18,000+ testing cycles in the process.

Entrepreneur Award, sponsored by Howden Group, went to Hannah Dawson, Founder and CEO of Futrli, who after nearly losing her pub business from an unexpected £40k vat bill, has created technology solutions that help over 63,000 small businesses avoid similar pitfalls.

Digital Star Award, sponsored by Lloyds Banking Group, went to Dr Larissa Suzuki, Data/AI Practice Lead at Google whose Ph.D. thesis was used to design smart city platforms for over 40 EU cities and who has strived to change the gender balance in tech and engineering throughout her career.

Software Engineer Award, sponsored by NatWest Group, went to Nelly Kiboi of American Express whose is tireless in her efforts to encourage, train, mentor and develop new engineers and who herself displays a thirst for knowledge and passion for software development.

The global pandemic has led to transformative changes in the technology industry, accelerating the UK’s digital future by over five years1: for the first time, over one million women are now working in STEM2. Research shows that diverse teams are better positioned to unlock innovation and drive growth3 so at this critical juncture the industry must continue to place diversity front and centre. But with one in four women considering “downshifting” their careers or leaving the workforce post-pandemic, the industry risks both a skills gap and a setback for gender parity4. This is why tonight’s winners have such a vital role to play in sharing their career journeys and paving the way for others to follow suit.

This year’s winners will join everywoman’s alumni of extraordinary women in technology, from talented students through to high-performing entrepreneurs and CEOs.

Maxine Benson MBE, Co-founder of everywoman comments: “During the past year everywoman, in common with many businesses, has had to leverage technology like never before. Our success with tonight’s ceremony is a direct result of the contribution that women make to this sector. Each of our winners demonstrates the critical role that technology has played over the past year and how continuing advancements are transforming, improving and saving lives. Their achievements are remarkable, and we welcome them into the everywoman family where they will inspire the talent that will follow in their footsteps.”

“These awards provide a crucial platform to showcase the hard work, ingenuity, grit and determination of a new generation of female tech leaders. At a time when the whole country can clearly see the role that science and technology is playing in fighting the pandemic, powering public services, and supporting our NHS, we are rightly celebrating the incredible achievements and future potential of these remarkable women entrepreneurs. FDM Group is very proud to sponsor this remarkable annual event and will continue to champion the careers of female tech talent for women from all backgrounds and all walks of life.”

SIGN UP
PrevPreviousAre you a good co-worker? Ask yourself these five questions to discover your ‘positive peer impact’…
NextWhich role model are you?Next
We use cookies on our website to give you the most relevant experience by remembering your preferences and repeat visits. By clicking “Accept All”, you consent to the use of ALL the cookies. However, you may visit "Cookie Settings" to provide a controlled consent.
Cookie SettingsAccept All
Manage consent