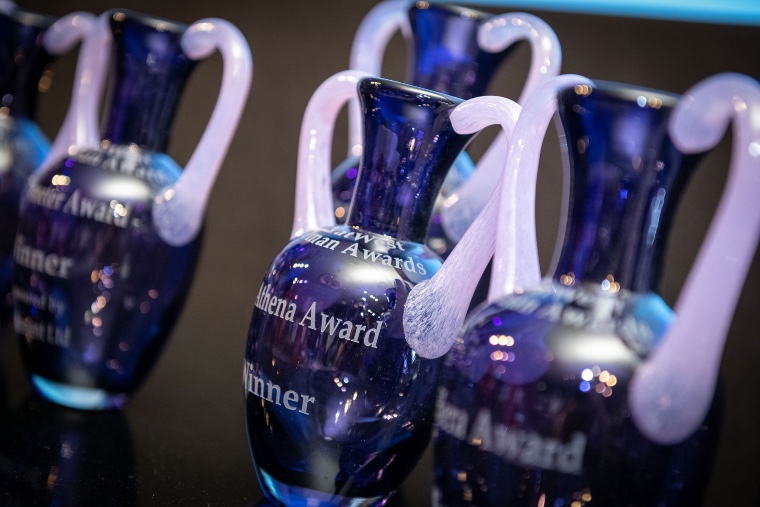 London, 3 December 2020: The 18th annual NatWest everywoman Awards today celebrated the UK’s most inspiring female entrepreneurs, recognising their outstanding achievements. This year’s virtual awards championed women in enterprise from all walks of life, providing a platform to share their journeys to success and inspire the next generation of talent.

In an extraordinary year, the 2020 winners span multiple industries including technology, fashion, beauty, medicine and hospitality, but all are united in one common purpose – to leave the world a better place than they found it. With many businesses rocked by the Covid-19 crisis, these women also demonstrate the resilience, adaptability and creativity that will help Britain weather the current economic storm. 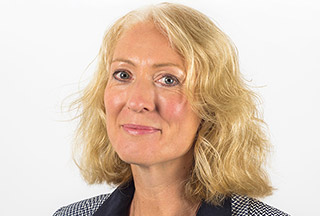 The 2020 NatWest everywoman of the Year Award was presented to Rachel Watkyn, Founder of Tiny Box whose story of triumph over adversity unanimously inspired the 2020 judges. Rachel spent her formative years in care before returning to her family and experiencing the effects of alcohol and domestic abuse.  Whilst working in Sierra Leone during the military coup, the extreme poverty she witnessed drove her vision for a fairtrade business.  This began as a jewellery company, but her struggle to find recycled and environmentally friendly packaging sparked the idea for Tiny Box, supplying businesses with aesthetically pleasing and ethical packaging.  Against a backdrop of difficulties including cancer, fire, flooding, an IT hack, and now Covid-19, she has grown Tiny Box to a £6.5m annual revenue and a team of 85 employees. 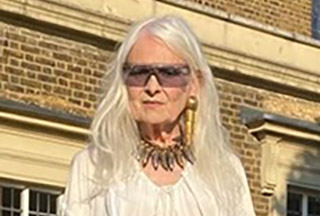 Fashion designer Dame Vivienne Westwood accepted the Spirit of everywoman Award, awarded to a woman whose pioneering spirit has helped change the landscape for women in the UK. She was recognised for her phenomenal career, which has seen her bring avant-garde British fashion into the main-stream and become a vocal activist for the environment and civil rights. 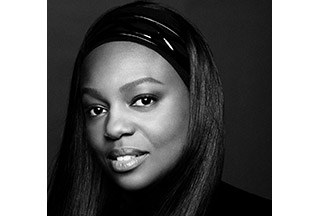 British make-up artist, Pat McGrath MBE, received the everywoman Ambassador Award, created to celebrate a high-profile entrepreneur and role model to young women. Despite having no formal training, Pat is now considered the world’s most influential make-up artist after a career that has spanned roles at Giorgio Armani and British Vogue. When her eponymous make-up brand, Pat McGrath Labs, launched at Selfridges it was the most successful beauty brand launch ever and is now valued at $1 billion. 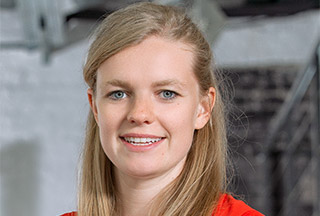 The Fortuna Award, which recognises a stand-out individual who invests or is involved in securing investment in women-founded businesses was awarded to the Founder of Ada Ventures, Francesca Warner, for her work in investing in often overlooked female entrepreneurs and running a non-profit partnership promoting diversity in Venture Capital.

Speaking about the winners, Maxine Benson MBE, Co-Founder at everywoman comments: “Self-employment has started to decline for men, but not for women[1].  Despite this, only one in three UK entrepreneurs is female, a gender gap equivalent of 1.1m missing businesses and a potential value add of £250bn to the UK economy. Now more than ever, it is critical to address this and showcase how successful and resilient so many female-owned businesses are.  For 18 years the NatWest everywoman Awards have done just this and we continue to encourage, embolden and empower women. We congratulate the 2020 winners them and applaud their incredible achievements.”

Julie Baker, Head of Enterprise and Community Finance at NatWest says: “The NatWest everywoman Awards have once again helped us shine a light on some of the UK’s most inspiring female founders who continue to not only achieve great things for their businesses and their communities, but also help inspire the next generation of would-be entrepreneurs. At NatWest, we continue to work to support existing and aspiring women in business through a network of over 500 externally accredited Women in Business specialists who understand our customers’ ambitions and provide business advice, mentoring and networking opportunities.”

The 2020 category awards winners are: 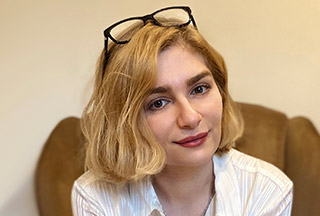 Thuria Wenbar, e-surgery, from Norwich. Having come to the UK as an asylum seeker from Iraq, Thuria trained as an NHS doctor, where she realised how dated the prescription service was. Thuria founded her business to simplify the prescription system creating a completely paper free process, addressed directly to the consumer. Despite growing up with dyslexia, she coded the system herself and now hopes to roll it out to further medical and cosmetic organisations. 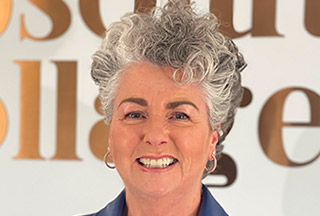 Maxine Laceby, Absolute Collagen, from Telford. After realising the nutritional benefits of bone broth, Maxine set out to create quality, affordable collagen products available via a subscription model. Despite being 50 years old and having spent the majority of her adult life as a stay-at-home mum, Maxine was determined to pursue her idea, even re-mortgaging the house to start the business. Now in its fourth year, Absolute Collagen, is on target to turnover £8 million. 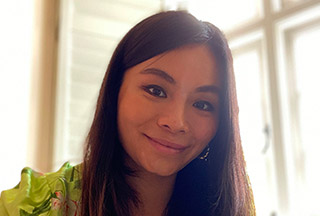 Connie Nam, Astrid & Miyu, from London. Having started as a side project in 2012, Astrid & Miyu, under Connie’s vision and leadership, has grown to become a cult brand, with six stores across London. Forced to close her stores in March when Covid hit, Connie restructured, developing inspirational online content that grew sales in April and May by 150%. 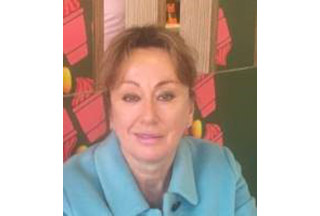 Sarah McLean, McLean Restaurants, from Nuneaton. Sarah joined MacDonald’s as a graduate trainee and spent 20 years with the brand.  She used her savings to acquire her first franchise in 2002 and has built McLean restaurants to become the brand’s largest female franchisee. 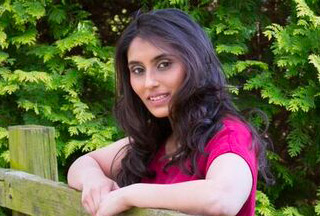 Dr Asha Patel, Innovating Minds, from Birmingham. After a successful career in the prison service, Asha founded Innovating Minds, a social enterprise which enables thousands of children and adults to access mental health services. Her EduPod technology is being used by over 50 schools across the country and she is training 100 community support advisers to help children affected by domestic abuse. 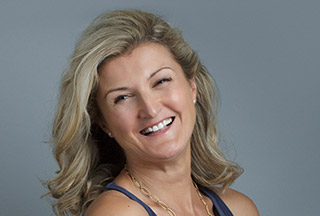 Christine Kelly, Little Kickers, from Didcot. One of the ten most powerful women in franchising, Christine’s business sees over 65,000 children in 34 countries enjoy football training every week. Inspired by her then two-year old son, Christine had no experience of football or franchising, but an early investment of £300 has turned Little Kickers into a global football themed franchise, championing fun-based activities for pre-school children. 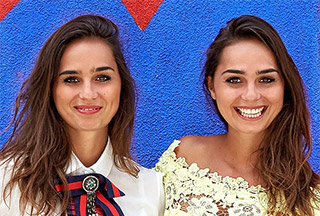 Joyce and Raissa De Haas, Double Dutch, from London. Known as the Tonic Twins, sisters Joyce and Raissa started making mixers at university, inspired by the explosion of artisan spirits.  Their start-up plan won funding from UCL, and attracted the attention of Richard Branson.  Since then, they have won the World’s Best Tonic Water 2018 started exporting to 28 countries and have sold a minority stake to drinks behemoth, Heineken.

Inspired by this year’s winners? Sign up to hear when the 2021 nominations open.

SIGN UP
PrevPreviousQuiz: What’s your negotiation superpower?
NextIncognito: What I wish hiring managers knew before they walked into the interview roomNext
We use cookies on our website to give you the most relevant experience by remembering your preferences and repeat visits. By clicking “Accept All”, you consent to the use of ALL the cookies. However, you may visit "Cookie Settings" to provide a controlled consent.
Cookie SettingsAccept All
Manage consent