Finalists announced in the 2020 FDM everywoman in Technology Awards 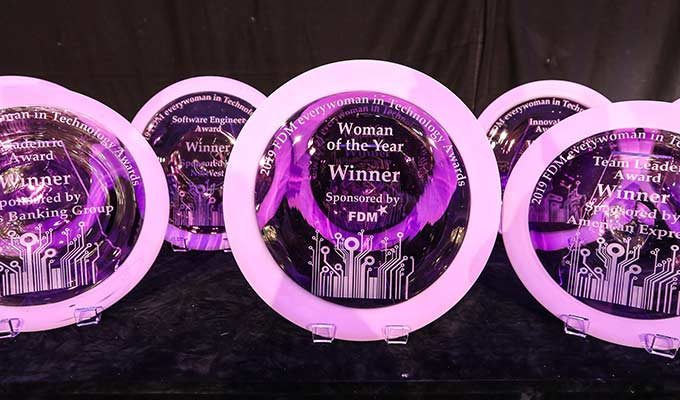 The finalists for the 10th annual FDM everywoman in Technology Awards, in association with The Tech She Can Charter, have been announced. The awards shine a spotlight on the industry’s most exceptional talent from the UK and beyond, providing an opportunity to celebrate individuals at all stages of their career.

The past ten years has seen an increase in women entering senior roles in technology, however, there remains much work still to be done, with only 12.6% of board level roles currently held by women[1]. We need more role models whose achievements will encourage other women to pursue a career in technology. Increasing the number of women working in IT could generate an extra £2.6 billion a year for the UK’s economy[2], which is why these Awards are so important.

This year’s finalists will join everywoman’s alumnus of more than 350 incredible women in technology, from school students to CEOs.

The 2020 FDM everywoman in Technology finalists are as follows:

Speaking about the finalists, Maxine Benson MBE, co-founder of everywoman says: “With Research showing only 22% of students can name a famous female working in technology, compared to two thirds who can name a famous man[3], the need for relatable, role models has never been greater.  In our 10th anniversary year, this year’s finalists and their stories are diverse, inspirational and empowering and will an important part in changing this narrative.”

Rod Flavell, CEO, FDM Group, says: “The FDM everywoman in Technology awards recognise the talent, hard work and dedication of women in the industry. As a company founded with a mission to drive diversity and create opportunity in the technology sector, we are thrilled to support these awards, which provide a platform for the best and brightest entrepreneurs, innovators and role models for the next generation. Congratulations to all the winners and finalists at this year’s event, it’s going to be an incredible evening.”

Sheridan Ash, Founder of The Tech She Can Charter commented: “The Tech She Can Charter is delighted to support the everywoman tech awards. Tech She Can is a commitment across industries to improve gender diversity in technology careers with a focus on developing the pipeline at school level. We are making progress, but it is essential we highlight more female role models, the incredible work they do in technology and how it is benefiting and shaping our world and the society we live in. These awards are so important as they recognise these role models who can inspire the younger generation.

Congratulations and we are looking forward to celebrating with all the finalists”.

The winners will be announced at an awards ceremony on 4 March at Park Plaza, Westminster Bridge, London. For further information and to book your place, please contact [email protected]

everywoman is a global platform for women in business that drives positive change by empowering women to achieve their professional potential.  Established in 1999, everywoman has supported thousands of women worldwide in establishing businesses and progressing their careers.  Working with leading corporations and organisations, everywoman improves productivity and performance through diversity insights to unlock female potential resulting in economic and societal gain.  Through its cross-industry awards and forums everywoman has created thousands of female role models and inspired generations of future leaders.  everywoman.co

FDM Group is an award-winning FTSE 250 company with a global footprint and an impressive list of market-leading clients. The company is renowned for its dynamic Careers Programme, which provides graduates, returners to work and ex-forces personnel with award-winning business and technical training in core disciplines.

SIGN UP
PrevPreviousA day in the life of International Management Consultant, Dr Anino Emuwa
Next5 ways to be a straight ally in the workplaceNext
We use cookies on our website to give you the most relevant experience by remembering your preferences and repeat visits. By clicking “Accept All”, you consent to the use of ALL the cookies. However, you may visit "Cookie Settings" to provide a controlled consent.
Cookie SettingsAccept All
Manage consent